He was active. He rode his bike around Broadstairs. He wrote plays and directed them. But he had a hidden disability – his lungs were not his own.

Two and a half years ago he had a lung transplant, still a pioneering operation with a 50% chance of failure.

He needed the transplant because he had fibrosis of the lungs – his was “idiopathic”, which basically means the medics have no idea why it happened.

But after diagnosis he went on with his life, lugging oxygen around with him – you may have seen him on the seafront cheerfully making light of a very serious complaint.

Then came the chance of a transplant. Twice he was blue-lighted to Papworth hospital only to find the donated lung wasn’t suitable and he had to keep waiting.

As his friend, I found each time nerve wracking – the odds on survival are so bad.

But third time lucky, one large lung on offer and it was suitable.

He came through it with flying colours and began working hard to regain his health. 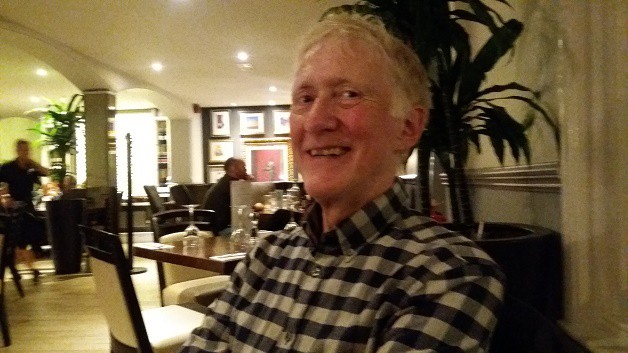 Philip’s plays are on important issues such as knife crime and mental health. He worked with young people to gather material and tried to tell the truth about their experiences.

His play “Fathers Inside” was based on work he did with young fathers in a Kent prison, and the agony of being separated from their children.

“This Island is Mine” was written in the eighties about people’s attitudes to gay people and is on stage in London at the moment in a revival season.

Someone who saw it thirty years ago gave a touching tribute to how it changed his life and gave him hope as a gay man.

Fortunately Philip lived long enough to go to the first night. Unfortunately, the revival will now become a memorial.

If you have a transplant you are in constant danger of infection and rejection of the new organ.

Drugs combat both to a certain extent but the immune system has to be suppressed in order to not reject the lung. And that opens you up to infection.

A cold can turn into something much more serious and a transplanted lung is much more vulnerable than one you grew yourself.

So one week Philip was planning a new play with a northern theatre group and the next he was in hospital with pneumonia. This resulted in a collapsed lung and cardiac arrest.

He died on Friday, but having benefited from someone’s else’s lung he himself became an organ donor, so by now his useable organs are, I hope, giving someone else a new lease of life.

I hope they also get Philip’s warmth, generosity and good humour in the face of his final adversity.

“This Island’s Mine” by Philip Osment is at the Kings Head theatre until June 8. https://www.ardenttheatre.co.uk/this-islands-mine-main