In 1993 the UK warning siren network was decommissioned by the Home Office and dismantled.

On the prompting of Steve Moore, isle historian and author of the book ‘Moaning Minnies’, both Thanet District Council and Manston Parish Council were allowed to keep one each for their historic value. They were both restored and repainted in 1994 but since then they have been left to the mercies of the elements standing as silent reminders of past times.

The condition of the Ramsgate siren at the junction of South Eastern Road and the High Street was rapidly deteriorating so Ramsgate Tunnels approached the council to see if there was a chance it could be dismantled and re-erected outside of the Tunnels in Marina Esplanade. Thanet council agreed so planning permission was applied for to erect the siren and pole just outside the Tunnel entrance. 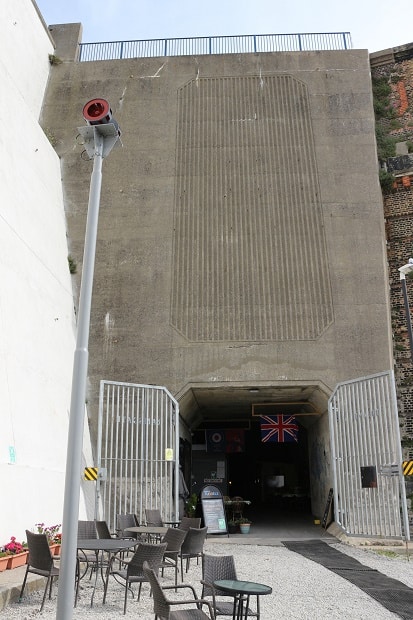 With planning permission granted Aylesham based contractors Ovenden dismantled the siren and pole. The siren was taken to Electrogen at Ashford and has been beautifully restored to full working order, while the pole has been shot blasted and repainted. The cost of all of this was more than £4,000 and has been paid for by the Ramsgate Heritage Regeneration Trust out of money earned by the Tunnels.

Yesterday (May 22) Ovendens returned to the Tunnels and the siren and pole were erected as a working reminder of the sound that so many local residents heard while taking shelter in the Tunnels during the war. It is not intended that the siren will be sounded often, in fact the first sounding will be an environmental test to check the sound levels at about 2pm on Tuesday, May 28. 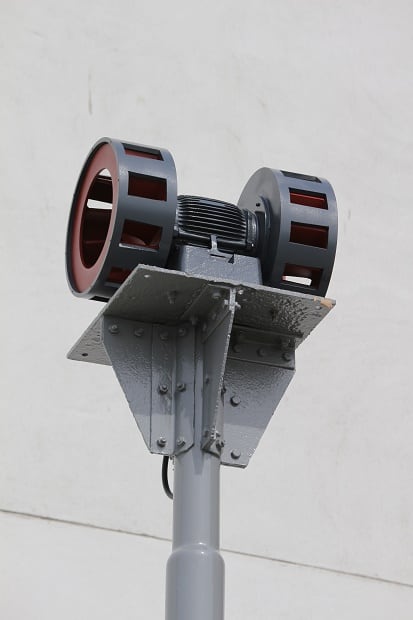 It has been a race against time to complete the work in time for the June 2, 80th anniversary event but now it will be able to be sounded to start the Dad’s Army show at 1pm on the free public stage outside the Tunnels and again at about 3.30pm as the show ends. Any other sounding dates and times will normally be available on the Tunnels Facebook page and website, but it seems likely that a reoccurring date will August 24, commemorating the day that became known as the Ramsgate Blitz.