The last time I went to Thanet Council for a council meeting I had to queue in the cold for the public gallery and was told that even disabled people were not to be allowed in early. We had to press our cold noses to the glass doors looking at the comfy sofa just inside and wait to be let in by a strict security guard.

But things are looking up!

I went to the very first meeting of the new council with my friend Aram, new Beacon ward councillor, and qualified first aider – good company for someone who falls over a lot!

As we got off the bus we were greeted with a demo by Port of Ramsgate campaigners, wearing anti-pollution masks. The steps of the council building is a good place to lobby councillors and publicise your cause to the passing traffic.

For a stick user the steps are too steep and too plentiful and the slope alternative is a long way round. But the big difference this time was a notice on the door especially for disabled visitors! It said that you can ring ahead and book yourself a seat so as to be sure of getting in to the public gallery.

The public gallery sounds a bit grand for what it actually is, which is three rows of squashed together seats where about 25 members of the public are allowed to watch proceedings and get chucked out if they make too much noise.

They are tip up seats with hard backs and very thin seat cushions. If your joints are painful and you’re tiny like me, you can’t see much and your bones ache after half an hour.

I take cushions usually. A kind person blew my emergency travel cushion up for me as Aram, being a councillor, had a much more comfortable seat – which is why councillors can sit out long meetings more easily than the public. 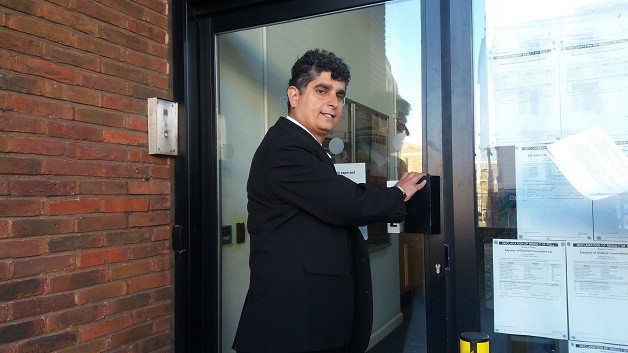 This was the first meeting of the newly elected council so the chair, leaders and deputies had to be elected.

New chair is Jason Savage, who seemed to enjoy his new chains – he had to go out to be fitted into them and we all had to stand up again when he came back.

I was fed up by now as my cushion kept falling off my tip up seat and getting up and down a lot upsets my bones, so I sat through the rest of the “all-rise” business.

There was a narrow squeak over choosing the council leader as both main parties had nominated someone and the vote was 24 on each side! But the chair had the casting vote so Jason rattled his chains and picked the winner.

The Thanet Independents, all seven of them, who hold the balance of power now, did nothing, not even abstain. Which I found puzzling. 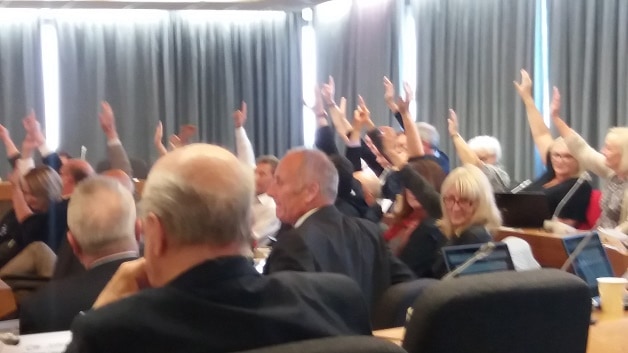 At one point Jason consulted the man from Democratic Services, who did the equivalent of a Gallic shrug and didn’t know the answer.

Bob Bayford is now leader of the council, as he has been many times before.

But overall the council has a very different look this time: many younger people, more people from a campaigning background, medics, teachers, accountants, people with jobs! And one deputy leader is herself disabled so we may now have a voice politically, instead of just grumbling from the public gallery!

So go and see your councillor do their stuff, even if your legs don’t work. It’s only once a month on a Thursday. But if you’re a stickie ring first, take cushions and don’t join in the pointless standing up. It’s the councillors who need to be kept on their toes, not us.