The decision to implement three hyper-acute stroke units across the region, closing current acute services at hospitals including Margate’s QEQM, will not be referred back to the government by Kent County Councillors.

The nearest unit to Thanet will be at Ashford’s William Harvey Hospital. Units at Darent Valley and Maidstone are due to go live in March 2020 followed by WHH in spring 2021.

A meeting today (May 21) of the county council health overview and scrutiny committee was expected to make the vote following an update on the plans from the Kent and Medway NHS.

Speeches urging the decision be refered back were made by Thanet councillors Ros Binks, Lesley Game and Karen Constantine.

But a motion was first put forward proposing to approve the stroke review decision and this was passed by 7 votes to 6. Two committee members were absent from the meeting.

That meant a vote on referring back to the Secretary of State for Health could not then be taken. 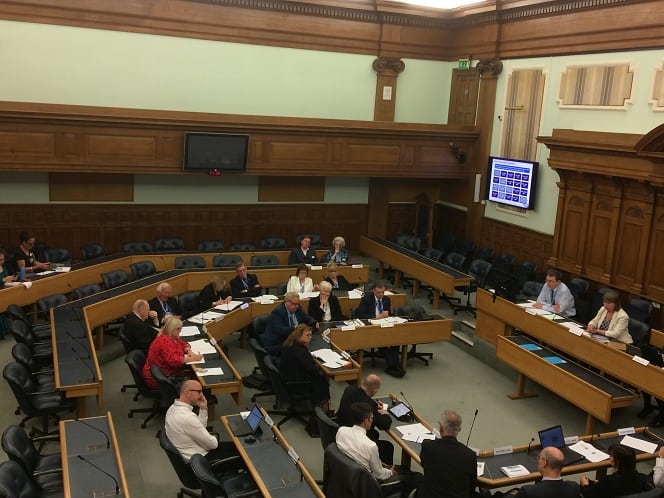 Health campaigners are challenging both the number of stroke units NHS bosses are proposing and their location. Save Our NHS in Kent (SONIK) say present plans are totally unsatisfactory and they want four hyper acute stroke units at good locations across the county including in Thanet.

Both SONIK and Thanet Stroke Campaign, headed by county councillor Karen Constantine, have launched legal action in the High Court to challenge how the decision was made.

SONIK say is will be the lead on the Judicial Review. 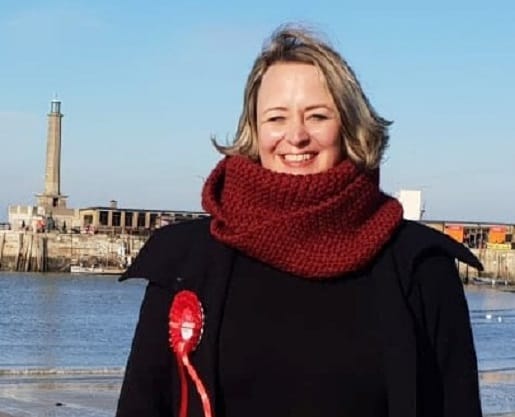 Thanet district councillor and SONIK campaigner Helen Whitehead said: “”I am glad that six representatives saw how badly certain areas including Thanet stand to be affected by these plans, but thoroughly disappointed in the way this motion was presented, and in the overall decision of the HOSC to disadvantage those in areas of high need.

Cllr Constantine, who was one of the six to vote against the backing of the hyper-acute unit proposal, said she was “extremely dissatisfied and disappointed with the decision.”

She added: “After all this months of battling, rising awareness, fighting, lobbying, organising public meetings, street stalls, petitions and countless meetings our countless hours of effort have come to nought.

“Residents of Thanet have been done a very great disservice today. QEQM should have been properly considered as a location for a HASU. We were told that there weren’t enough stroke cases in Thanet to meet the ‘competency threshold’. Information that I have pushed for and have received recently scotches this.”

The figures Cllr Constantine received show Thanet has an average of 260 stroke cases per year compared with 135 in Herne Bay and 82 for Canterbury and the villages.

Rachel Jones, Director for the Kent and Medway Stroke Review, said: “We are pleased the HOSC members, after considering the evidence very carefully and thoroughly, concluded that they would not stand in the way of improvements to urgent stroke services.

“There are currently no specialist hyper acute stroke units in Kent and Medway and, despite the tireless hard work and commitment of our staff, our local stroke services are not able consistently to provide the level of care people should be able to expect. Combining our staff and resources into three hyper acute units, able to run 24 hours a day, seven days a week, will allow us to deliver excellent care to stroke patients.

“I would like to thank the committee for the highly valuable support and challenge the members have provided throughout this process. Their insights, questions and the views they have shared from local people, have helped to ensure our plans are robust and well thought through. We will continue to work with the HOSC over the coming months to respond to the further issues they raised today, and to continue to seek their views on our implementation plans as they develop.

“The decision to establish three hyper acute stroke units in Kent and Medway is supported by local, regional and national specialists, including the four hospital trusts and the senior stroke consultants in Kent and Medway, who explained their reasons for this in a recent blog

“These specialists agree there is overwhelming evidence to show that the current under-performance of stroke services in Kent and Medway means more people are dying than would be expected, and people are being left with avoidable disability. This is wholly unacceptable and must change as a matter of urgency.

“While undertaking the review of urgent stroke services, the NHS in Kent and Medway considered the health and wellbeing of the entire population who use them. Factors taken into account included population growth, deprivation, travel times to potential hyper acute stroke units, and impact on specialist stroke staff.

“It is our very carefully considered view that the option approved – for hyper acute stroke units at Darent Valley Hospital in Dartford, Maidstone Hospital, and William Harvey Hospital in Ashford – is the one that will best deliver the necessary improvements to care for stroke patients.”