Sixteen members of Thanet’s Coastal Striders club have completed the London Marathon – and another nine ran the route  in reverse!

While everyone else slept, the nine started at 2am on Sunday to run the route dubbed “norahtaM nodnoL ehT” 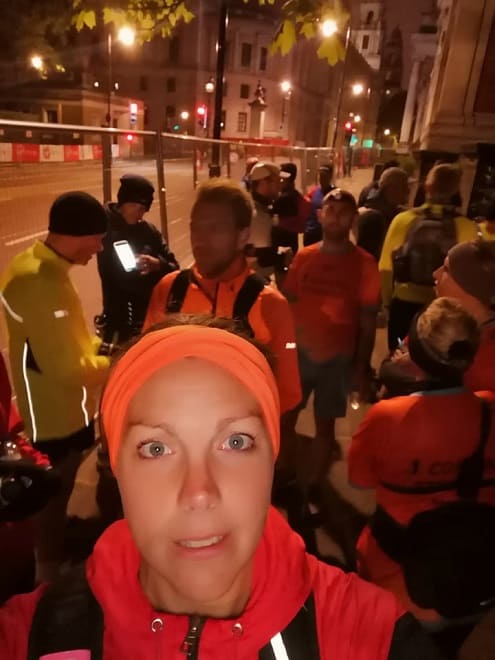 Kim said: “We travelled up on the last train to London at 10pm. After a slow wander we turned up at St James Park, the location of our start. We couldn’t get any closer to Buckingham Palace because of the exclusion zones. We waited in trepidation as we were the only ones there to begin with but thankfully after a while more and more people started to turn up.

“Typically the start of the race is signalled by the chimes of Big Ben, however as it was undergoing restoration work we had to make do with a guy telling us “Off you go, Bing Bong!”

“Running through the streets of London in the dead of night was such a surreal experience, it’s true that London never sleeps. Partying revellers wished us well all night, and bewildered spectators gave us odd looks everywhere we went. We saw so many foxes too, almost within touching distance.

“It was fascinating to see the Marathon team working hard all night long, putting fences up, tying banners, setting up balloons and mile markers. It really made us appreciate how much work goes into setting up the most well-known marathon in the world.

“Along the way it wasn’t all plain sailing. It started to absolutely pour down at around 3am, thankfully it didn’t last long. We got lost several times! Following a small blue line, in the dark and rain proved near enough impossible at times. However, Google maps came to our rescue and apart from detouring around tunnels we couldn’t run down we followed the route as near we could.

“We also had toilet issues too, after what seemed like passing hundreds and hundreds of locked portaloos eventually we found some that were open. We set off at 2am , but there were other waves starting at 3am and 4am so every now and then a group would overtake us and we would overtake other people. It was surreal watching all these runners appear under the cover of darkness! 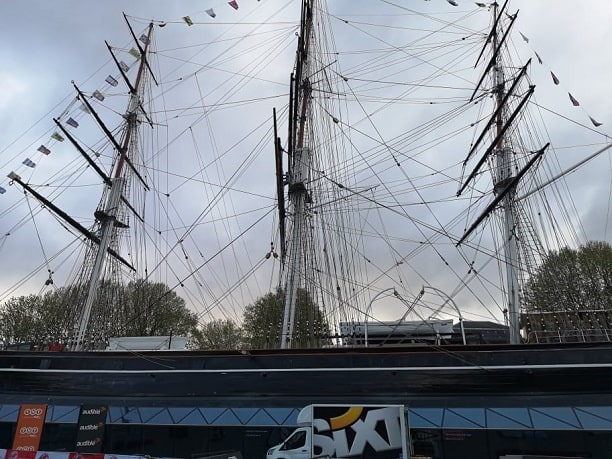 “As morning approached some shops were opening and we were able to refill our water bottles. Some memorable moments include running over Tower Bridge at 4.30am , we stopped to take lots of photos as did a few other runners that were there. Also arriving at Cutty Sark (pictured) with 7 miles to go, we had the whole ship to ourselves. Such a contrast to the massive crowds that would be there only a few hours later.

“At just gone 8am we approached our finish line which was the official start line. We doubted that we would be allowed to cross and we were right, a lady stopped us. So, with around 25 metres to go we ended our journey, completing over 26 miles! Amazing Janet and James had completed their first marathon that night, fantastic considering the lack of sleep! After meeting some of our runners at Greenwich Park and filling up on bacon rolls and much needed coffee a few of us headed back out to Tower Bridge to support our official runners who all did incredibly well!”