Voting for the local election is nearly over with polling stations closing at 10pm. And it seems to have been quite an eventful day.

In Birchington there are reports of a blazing row breaking out between candidates Suzanne Brimm, Independent, and Phil Fellows, Conservative. Over in Ramsgate there is reported to have been an attempted ballot box theft while in Broadstairs one disgruntled resident turned up at the polling station at Holy Trinity Church with her black wheelie bin in tow.

Sancha Grieve, of Rectory Road, said “enough is enough” when binmen failed to collect her rubbish for a second time.

She said: “Last time it was three and a half weeks before it was collected, this time it wasn’t collected and when I phone the council assured me they would pick it up this morning. They didn’t so I phoned them and told them I would be taking the bin to the polling station. 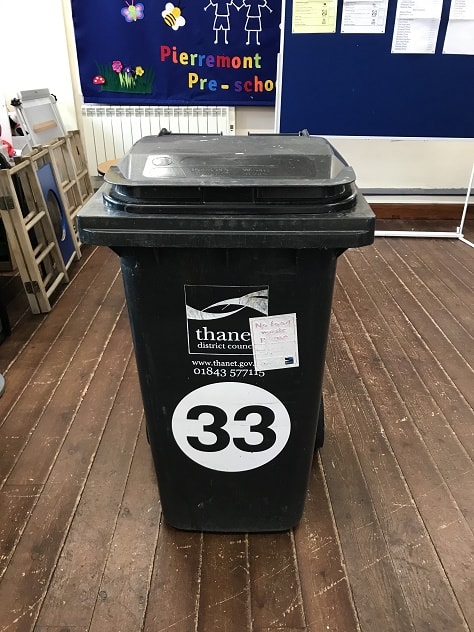 “I didn’t dump it there as it is a church and that would be disrespectful. The Conservative candidate was there when I arrived. I wheeled it into the polling station, to the bemusement of people in there, and told people I was bringing it with me while I voted. Then I told them there was nothing to vote for and wheeled it back out!”

On her way out Sancha says she passed the Conservative candidate as he was taking off his rosette and talking on the phone. She then received a surprise phone call.

She said: “Out of the blue from the director of refuse at the council called, claiming he was unaware of my plight despite me being assured by council that the bin would be emptied today. He asked me very nicely to take my rubbish home as he would have it collected within half an hour!

“Thirty-one minutes after my call from council the  bin lorry arrived to collect my rubbish. They were kind enough to notice that the lid was broken so are going to replace it. 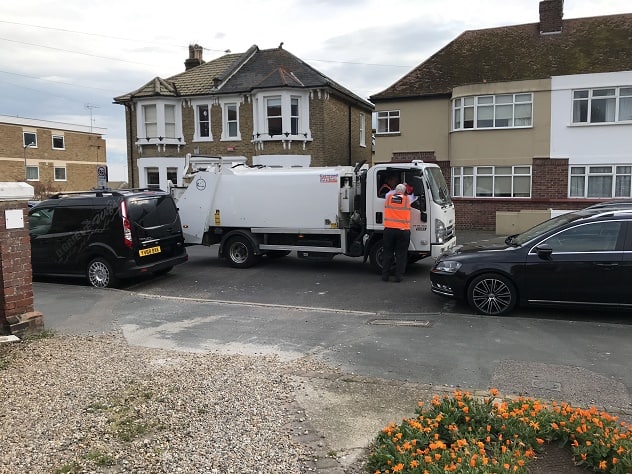 “Having had my rubbish removed I returned to polling station to cast my vote and was greeted by some rather perplexed expressions when I told them my good news, the bin had been emptied!”

Polls close at 10pm. The ballot paper count and results announcement will take place at Margate Winter Gardens tomorrow (May 3).

Correction: The count starts at 1pm, results due in from around 5pm.