Up until 2017 younger voters had been noticeable by their absence. It seemed to some, that young people were turning their backs on the serious duties of a citizen to place a cross next to the candidate of their choice.

There were all sorts of articles, letters and postings which alleged that there was something wrong with our young people and that ‘fings ain’t what they used to be’. This was, of course, balderdash, but this hairy old trope has been repeated year after year, probably from time immemorial.

Young people have always been interested in community and societal matters, but not in the way older generations have engaged with the electoral process now and in the past. They tend to respond to big questions such as climate change, human rights or poverty.

This table shows the significant disparity between the voting turnout between the over 65s and the 18-24 age range. 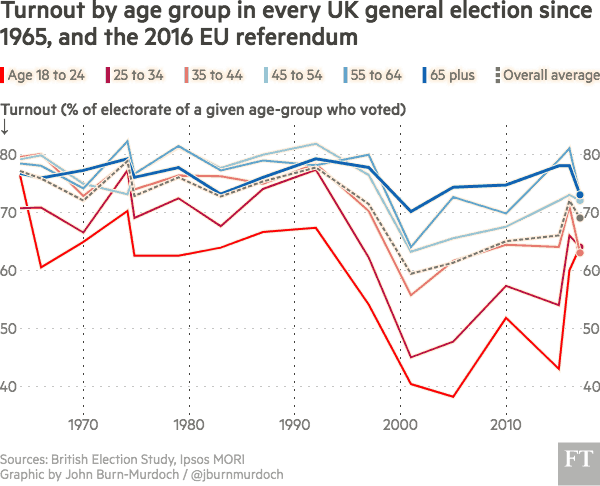 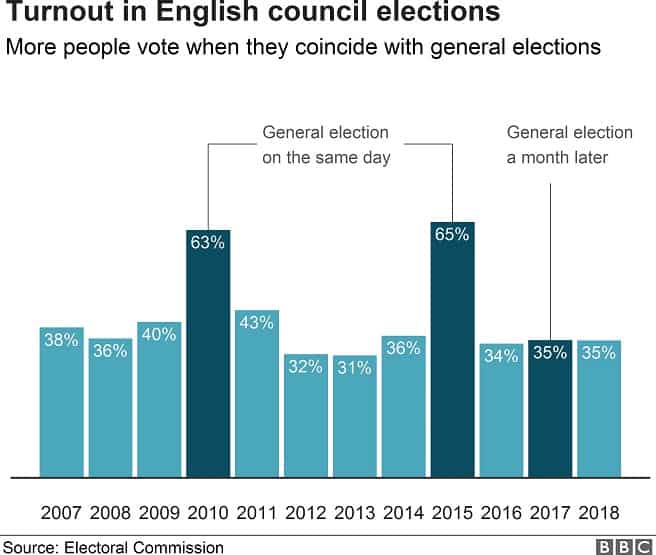 Whereas the current gap between the two age groups in general elections is bad enough, it becomes a chasm in local elections.

Why is this? Why is there so little interest among all groups let alone, the 18 to 24s?

These I think, may be some of the reasons:

There is very little understanding of what people are being asked to vote for in local elections. The structure of local government in many areas and especially in Kent, has remained resolutely stuck in the 1970s and to many, young and old, it is incomprehensible.

The voting system means that no change is often the normal option. Thanet is an exception, but you must judge for yourself as to whether changing voter choices has really brought forth social and economic change of the kind desired by the population at large. Elsewhere, the same teams are voted for in successive elections. Is that good for democracy?

Local government, (at least at principal council level) is administered by full time professionals, but with policy making and oversight by councillors who are part time, paid or otherwise. It often means that retirees are the only ones who can devote sufficient time to their local authority duties. Someone with a full-time job a career and/or a young family to bring up, will struggle to juggle a decent work life balance. In reality councillors are volunteers who devote a lot of their spare time as an advocate for the communities they represent. You may not agree with their views or policies, but in my experience most councillors are trying their best for the communities they represent. It does mean, however, that young voters are often put off by what they may see as organisations dominated by older person interests and demanding time constraints.

Voting in a referendum or a general election can seem important and, in some cases, life changing, with serious matters being determined; but voting for a local council in contrast, can seem mundane and unimportant; but is that right?

Councils, aren’t they boring and not very important, not like the Government or the EU?

Let’s quickly run through what they do.

Register births ,deaths and marriages. They conduct some of them and provide many final resting places. So that’s hatch, match and dispatch.

All roads, except motorways and trunk roads. Support bus services.

Planning of all sorts.

This is by no means an exhaustive list of council activities, but it does show that, for much of daily life, it’s a council, not Government, or any other national or supranational body, that enables communities to function.

One might complain about the effectiveness of various councils, but you cannot deny their importance to everyone’s wellbeing.

How do we get young people to vote and participate? 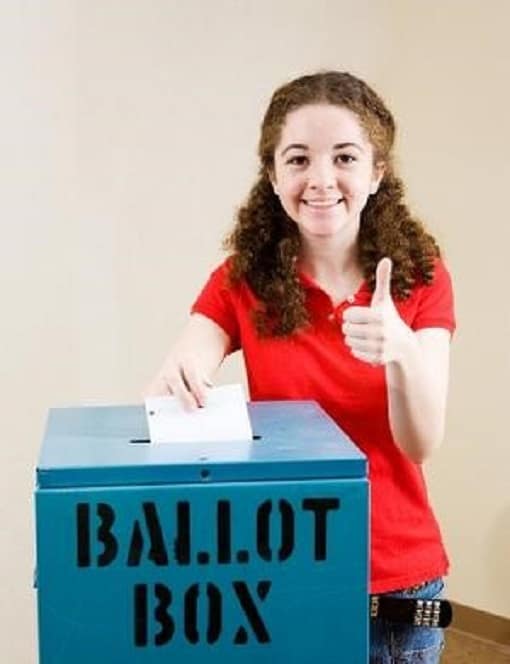 Derive a secure electronic voting system, so that all the old paraphernalia of the Victorian pencil and ballot box are done away with. After all, if frictionless borders, number plate recognition for car parking and driverless cars are a possibility, it cannot be beyond the wit of man to deliver a secure electronic voting system. Online voting is used widely for public votes mainly in the realms of entertainment, but as yet state-run elections remain as in ages past.

Allow more plurality in elections, with many fewer, ‘safe seats’. The principle of democracy is the ability to change incumbency, so that new ideas and fresh thinking can thrive. New thinking is needed. Local Government in 1919, was nothing like that of 2019; Councils, if they exist at all in 2119, will be nothing like they are today, and the people who will shape them, are our young people, if they get the chance.

Come up with ways to allow young people to participate. Find ways to consult them, so that policy making can take their needs into consideration.

Above all, deliver outreach to schools and colleges to explain why voting is so important and what local government does and how it functions.

Have a greater number of younger councillors. At the moment the average councillor is likely to be called David, be over 60 and predominantly white and middle class. Somehow, we need to encourage more women, more from minority groups and, yes, more young people. The trends are improving in some areas, but not everywhere and not quickly enough.

I am not saying these ideas are new or unheard of, just that greater efforts need to be made, to encourage increased participation by the young.

I invite every school in Thanet to contact me and arrange for a presentation on why voting is important and why local government is important to their daily lives.

The young people born today, will be living at the end of this century and it is important that new councillors and officers, succeed old horses like me and shape the communities of tomorrow.

Anyone aged 18 or over on polling day.

Is registered to vote.

A British Citizen, a qualifying Commonwealth Citizen or a Citizen of the EU.

Resident in the UK.

Not subject to a legal incapacity (for instance serving prisoners cannot vote).

The opinions set down here are personal to me and may not reflect the policies of any organisation, I am connected with.