After a successful season so far Thanet Wanderers Under 10s took a squad of 15 players to a two day rugby festival in Bournemouth. Having already fared well East Kent and then Kent, the players were looking forward to the challenge of teams from other counties, and these challenges were provided by Dorset, Hampshire, Warwickshire and West Sussex.

On the first day one of two Gosport and Fareham teams were the opponents.

The Thanet boys were a little slow out of the gates and the team from Hampshire, who were well drilled and capable in the ruck, came at them. The team held firm though and after a rousing halftime talk, came to life. The decisive try came late in the game, seeing Thanet edge it to 3-2.

Up next were Old Laurentians who hailed from Rugby in Warwickshire. Playing some lovely flowing passing moves, good direct forward running and competing well in the ruck, the boys proved to be too strong for the opposition and eventually ran out 5-1 winners. 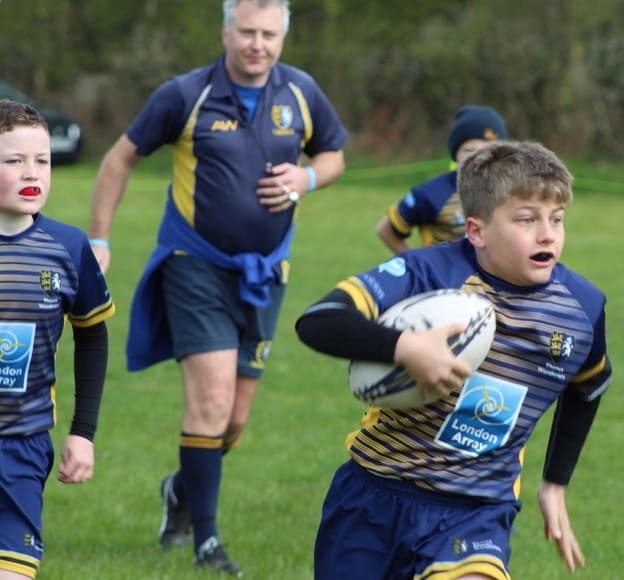 Final opponents of day one were Horsham Panthers. This game, against the side from West Sussex, proved to be something of a battle. Horsham played a fast, aggressive style of rugby, and backed by some ‘lively’ support, took the game to Thanet very early on.

A few high tackles and altercations from the Panthers later, the referee began to lose control of what was becoming a very heated encounter.

At half time it was still  0-0 and looking very much a next try wins situation. Eventually, after digging in and playing some great defensive rugby, Thanet got a break and nicked a try right before the end, snatching a 1-0 victory, enabling the team to end day one with 3 wins from 3.

Day two’s curtain raiser was against the other Horsham team, the Tigers. With a few boys still bearing the marks of Saturday’s encounter, this game was always going to be interesting. The Tigers were just as aggressive as their counterparts and with the Panthers supporting from the side line, tensions were already running high.

Again the Thanet  boys held firm against intimidating tactics, and got their reward in the second half with a well worked try. Horsham lost their heads a little at this point and threw on a couple of Panther ringers to try and take something from the game. Thanet held strong and scored another with the last play to win 2-0! 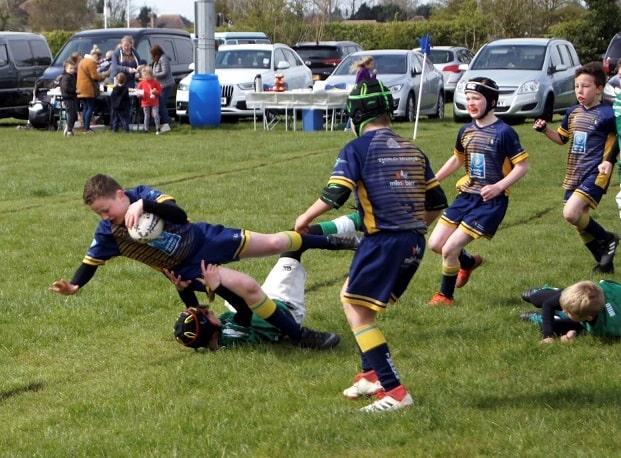 The second game was against hosts Swanage and Wareham, who only had 5 of their own players with 3 Gosport loanees to bolster their ranks. Thanet took the game to Swanage and soon raced into a commanding half time lead with some excellent flowing passing moves. More good rugby in the second half led to more tries with Swanage grabbing a deserved consolation. Their hard working play wasn’t reflected in the final 8-1 score line.

Finally, Thanet played the second Gosport and Fareham team. There were some tired legs out there and after racing into a 3-0 lead, the weekend’s exertions began to show. Gosport pulled Thanet back a little, but having learnt a lot in earlier games about how to dig in and support each other in defence, the Wanderers boys  held on to take a 3-2 victory.

The team finished the weekend with 6 wins from 6. In the evening the boys were presented with their participation medals by Gloucester and England winger Charlie Sharples.

Thanet Wanderers U10s are on  the lookout for new players to join the ranks in September.