The Bay Tree Hotel in  Broadstairs will host an intimate talks# with graphic design duo MinaLima on Saturday May 11.

MinaLima are the official graphic prop designers of the  Harry Potter  and Fantastic Beasts films and The Bay Tree already displays an exclusive collection of their original artwork from the movies.

Taking place at 3pm, the “In conversation with MinaLima” sessions will provide an opportunity to hear about the inspiration behind such iconic film props as the Marauders Map and The Daily Prophet. Places are limited to 15 per session and are expected to sell out fast.

They will be followed by afternoon tea in the hotel’s restaurant. Tickets are priced £34.50 per person and include all refreshments and a MinaLima goody bag. 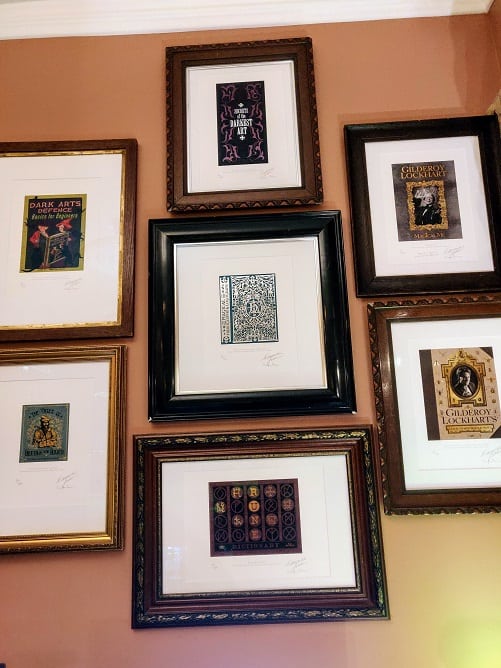 The Bay Tree is owned by Alistair Dixon and Robert Stone who have been enthusiastic fans of the Harry Potter  books since they were first published.  The duo are the first collectors to have purchased the full treasury of MinaLima’s  Graphic Art of the Harry Potter films – 132 limited edition art prints which are displayed in the hotel’s library,  sea-view lounge and entrance lobby.

In addition to supplying the prints and helping select the frames,  MinaLima   also designed the hotel’s library.

Robert said:“MinaLima’s beautiful, quirky and entertaining prints have become a unique point of interest for our guests and the artworks perfectly complement the design of the hotel. We are so excited to have Miraphora and Eduardo coming to the hotel and sharing the stories behind the prints and from the films themselves.”

To book go to https://www.eventbrite.co.uk/e/in-conversation-with-minalima-at-the-bay-tree-hotel-broadstairs-tickets-59760915507?utm_term=eventurl_text

Read here: History, quirkiness and a touch of wizardry at The Bay Tree Hotel in Broadstairs