April is World Autism Awareness month but for those who have autism and their families every month is autism month.

Here Ramsgate businesswoman and mum of two Rauushan Ara talks about life with son Junayd, 19, who has autism.

My son Junayd has autism and global needs and will do so for the rest of his life.  Autism is a hidden lifelong disability which can have profound effects on people’s daily lives. This is often forgotten in relation to adults with autism.

There are issues with noise, crowds, lights and interpersonal relationships, including being hugged or touched by other people which can make sufferers anxious and depressed. It can be difficult communicating with Junayd as he does not make eye contact.  Instead we have learned to read Junayd’s body language as to what he needs.

Junayd’s condition can sometimes be challenging but he has also brought a lot of love and excitement into our family. Since he was a child he has loved to climb. He started with the sofa, worked up to standing on the kitchen sides, then moved to the bathroom, standing on the toilet and then onto the window ledge.  He never grew out of it.  I will share with you two stories about Junayd’s climbing. 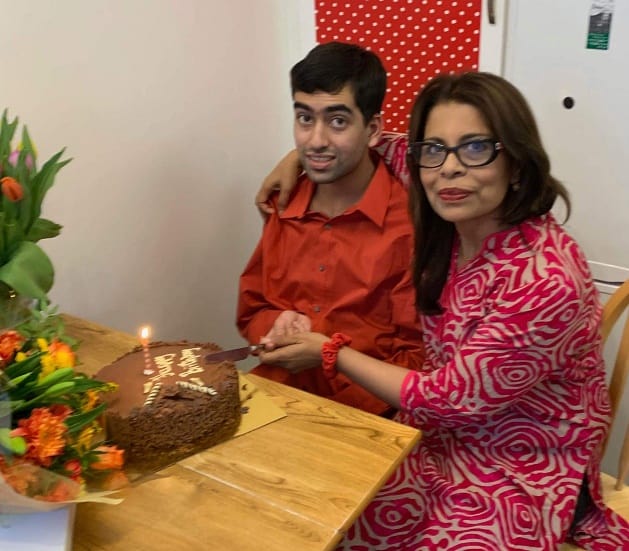 We were living in a house in Ramsgate which had a garden for Junayd.  In the garden we had a large plum tree.  Because he loved climbing we had put a climbing rope for him on the lowest branch of the tree.  One April when he was 4 years old Junayd was in the garden playing,  I went to check on him and he was gone!  You can imagine how panicked I was, I searched everywhere calling for him.  I called for my husband to come and together we searched our house, garden, street and even our neighbour’s garden. Then we heard his voice coming from the plum tree.  We went to the tree and looked up and up in the middle of the tree was Junayd, he had climbed up into the blossom covered branches and we couldn’t see him.  Later, as Junayd got older, his obsession with climbing would put his life at risk. 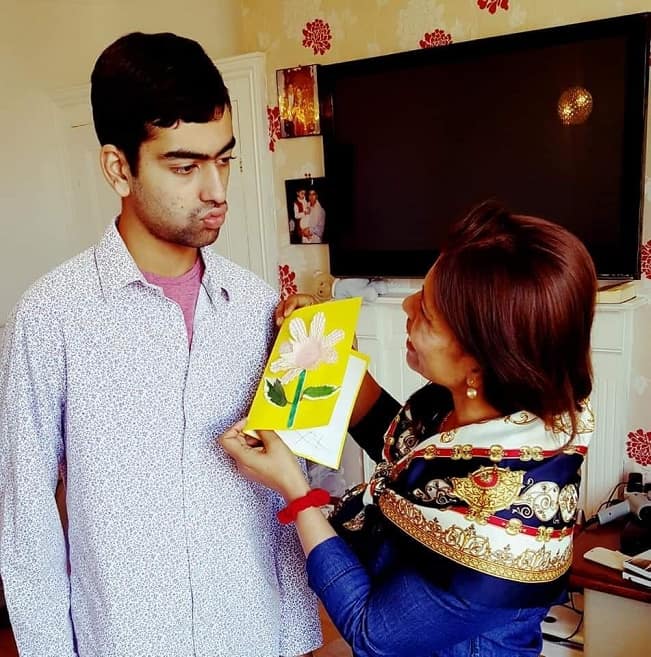 We were now living above Ramsgate Tandoori and Junayd was 12 years old.   In the early morning we were woken by the police who had broken into the building to tell us ‘Your son is hanging on the windowsill outside’. Junayd had climbed out of a third floor window and was hanging by his fingers on the window sill. Luckily someone from one of the shops in Albert Square saw him and called the police.

My husband was able to bring him back into the house whilst the police were watching from the second floor roof.  If Junayd had climbed out of the kitchen window, he could have fallen into the street.  Even today Junayd, who now 6’ 1, will try and climb out of windows, up the walls on the toilet and sink and on the backs of our furniture.  This is one of the reasons we cannot leave Junayd alone even at 19. 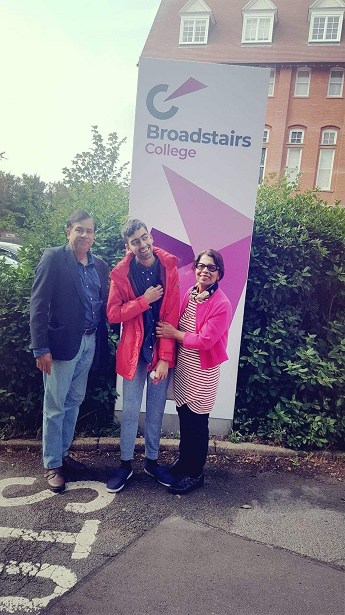 We were lucky he never came to harm and the incident with the windows made us get even better safety locks.  It is important that people understand some of issues families with autism face.

I would like to thank all of our family and friends carers; teachers at Foreland School; Stone Bay school; Windchimes respite centre and his present residential home along with East Kent College for all the wonderful care and support we have had with Junayd over the years.