This was an important match for Haywards Heath who have ambitious plans for their Cuckfield base. Guests at the pre-match fundraising lunch included the Minister for Sport Mims Davies and the France Rugby legend Serge Betsen.

On the pitch their team was aiming to regain the momentum that had brought a victory over League Champions Beckenham before a defeat against near neighbours Horsham in their last outing. For Wanderers there was a debut for Harrison Elks on the right wing and seasons debuts for Tom Mount and Cameron Pond on the bench. Non availabilities presented opportunities for Warren Riddell-Broomfield at Hooker and Luke Tolley at Tight-Head with Alex Veck in the second row.

Heath monopolised early possession and went ahead after three minutes with an unconverted try. Tom Walton made a try saving tackle but minutes later Heath touched down again for a converted try to make it 12-0. Heath conceded three penalties in quick succession and although Dan Hill’s first attempt fell just short, the second made good ground before another infringement saw him kick Thanet’s only points of the afternoon to make it 12-3.

Two more tries from the home side followed  before Wanderers put together their first fluent handling move of the afternoon that ended when Reece Hougham was hauled down. An outrageous offload led to Heath’s final try of the half for 29-3, just leaving time for Elks to have a nice run before he was enveloped by the defence and the whistle sounded. 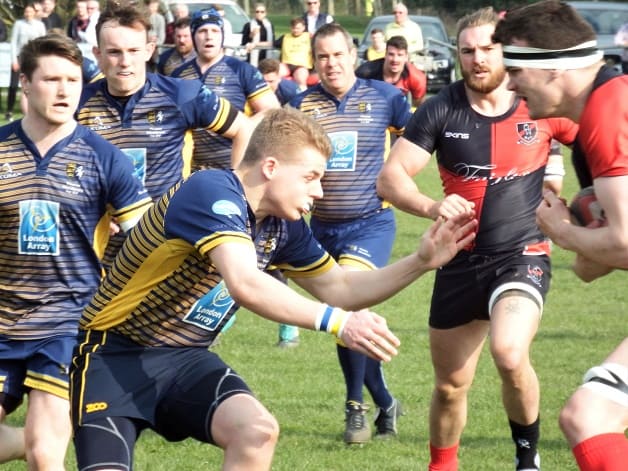 The hosts went further ahead after three minutes of the second half after a slick interchange between forwards. Wanderers performed well at scrum-time today and now won a penalty after their forwards demolished their opponents at a scrum. This was just a blip in the overall campaign however as Thanet again conceded to go further behind 41-3. Hougham had to withdraw after the recurrence of an injury with Pond on in the centre and Hill moving to the wing. Danny Clement took a break from the front row with Tolley returning and Jake Mcgee replaced Veck in the second row for his first appearance since November. 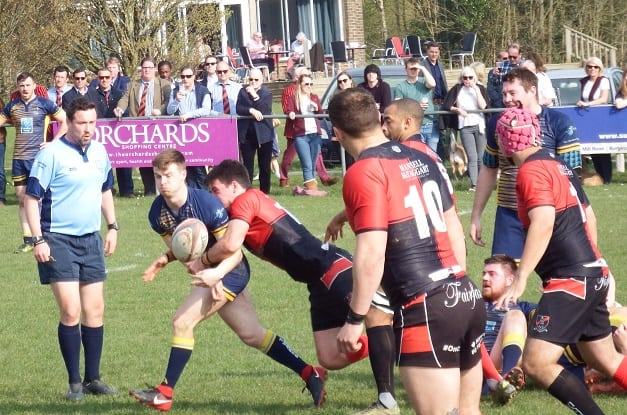 Nick Herbert broke through the defensive line but was caught with the ball going forward in the tackle. Two minutes later Thanet had a penalty and chose to go for the scrum rather than kick to the corner but the home defence was sound. In an eleven minute spell Heath added three more tries to lead 60-3. Brett Scott was shown a yellow card with eight minutes remaining and the hosts crossed for their eleventh try and a resounding victory by 65-3.

This was a quality performance from Haywards Heath who have the second best defensive record in the league and attacked today with a hard running strategy that Wanderers failed to cope with.

After the match Head Coach Mike Pond praised Sam Taylor for his defensive efforts but the Coaches’ man of the match was Tom Walton who played with real passion and determination to earn the teenager his third Malachy Egan Man of the Match award of the season. 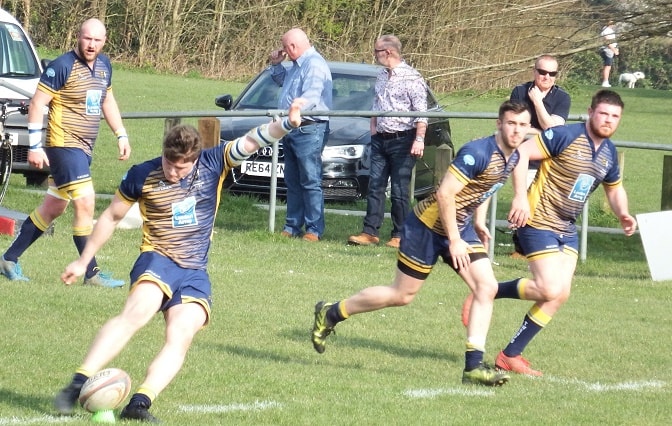 Tomorrow (April 6) the first XV will entertain Old Colfeians in the final match of the league season. The South London side are fourth in the league and in the opening match of the season defeated Wanderers 59-17. Colfes are also just one game away from Twickenham with a semi-final of the Intermediate Cup due on April 20 at home to Matson from Gloucester.

It will be a busy day at St Peters with the Third XV also at home versus Folkestone and in the Club House the The Paul Keohane Fund Day Annual Luncheon will initiate a day of fundraising for the Fund.

Please support even if you can’t get a ticket for lunch. The fund is of great importance to the Schools Initiative and  raising our profile in the local community. The second XV travel to Vigo and all matches will kick off at 3pm.