Kent Police’s wildlife crime unit is investigating complaints that trees in Margate have been felled during nesting season.

The ‘Bird Nesting Season’ is officially from February until August. Felling trees while there are birds nesting – without checking – is an offence.

Members of the Thanet Trees group have lodged complaints about trees being cut down at woodland at the end of Tivoli Park Avenue. The area was previously a community garden and had become overgrown. It is used by dog walkers and links Tivoli Woods and the woodland on the former railway line, creating a wildlife corridor.

The land was sold  by Thanet council as part of its asset disposal programme in 2017, fetching  £155,000 at auction. It was marketed as offering potential for development, subject to all necessary consents. 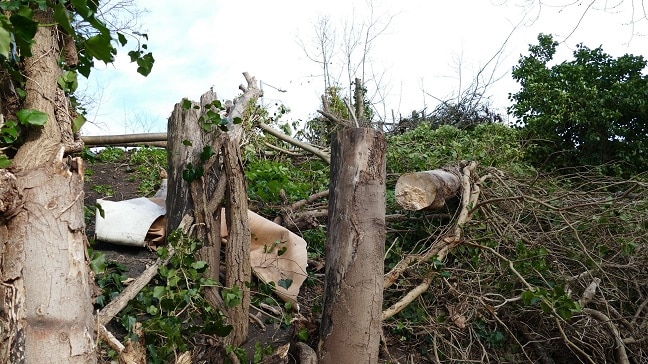 The Thanet Trees group says some 40 trees have been felled during nesting season and apparently without professional equipment or safety provisions. They are also questioning whether licensed vehicles were used.

A group spokesperson said: “It appears this work has been undertaken mainly at weekends with hand saws. This has been reported to the Wildlife Crime Unit and Thanet council. We have struggled to confirm Tree Preservation Orders on the site, both temporary, from last year, and dating back to 1952.”

The group says the work means a loss of yet more communal green space and isle tree cover, which according to a 2014 survey stood at only 4.4% for Thanet – putting it on a par with the City of London, the 7th lowest in the country.

The spokesperson added: “This is an example of TDC’s ongoing disregard for our communal green spaces and trees in particular. Many small parcels of land are being sold off at bargain prices for possible development, mature trees are not adequately protected and street trees continue to be felled at an alarming rate. They are almost never replaced. 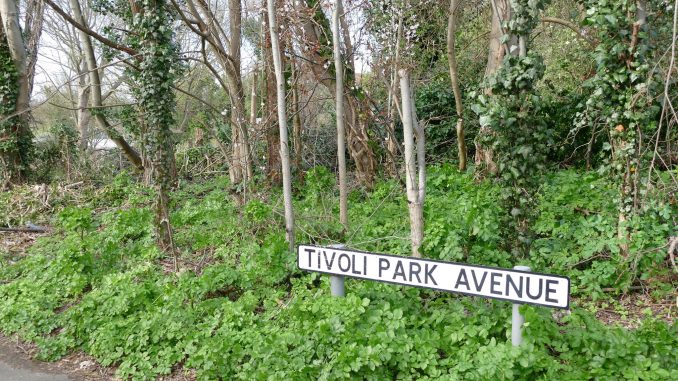 “The inability of our council to create a Local Plan has contributed to the issue, with no overarching strategy for the maintenance and preservation of green spaces and no acknowledgement of the value of trees, both urban and rural. At a time when we are warned of crashing insect populations and the huge loss of wildlife across the UK within just half a century, why does TDC have no policy in place?” 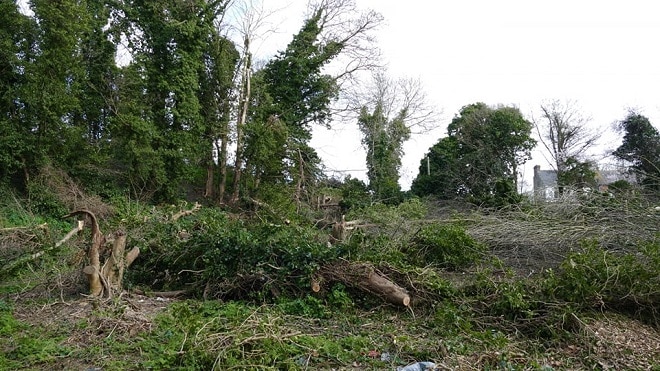 The group say the Tivoli site was covenanted to the Borough of Margate in 1923 for public park and/or recreational use but it is not clear whether the covenant is still valid. They also say members have discovered that it is the site of a Roman villa containing multiple frescos, which was partially excavated in 1924 by Arthur Rowe – who bequeathed many historical finds to Margate.

Thanet Trees say they believe the land could have valuable community use with possibilities for
an outdoor forest school, a community forest garden with allotments and cafe, or as part of a heritage attraction for the Roman Villa.

However, the site is privately owned since the auction sale and it is understood that permission was given to clear the area by the council’s planning department although preservation orders on perimeter trees means they must not be felled.

The land is listed on Land Registry as being under the ownership of businessman Ernest Biela and David Watts.

The Isle of Thanet News has contacted Mr Biela for a response to the complaints.

A Thanet council spokesperson said: “The land at Tivoli Woods is privately owned. There is a Tree Preservation Order (TPO) in place for the trees fronting Tivoli Park Avenue, which prevent them from being felled. Other trees on the land are not subject to such an order.  Any complaints about the felling of protected trees will be investigated by Planning Enforcement.”

The wildlife crime unit says area is not designated as Site of Scientific Interest and the trees do not have  TPOs. However, the team could look at the disturbance of nesting birds under the Wildlife and Countryside Act.

A site visit is being arranged but the unit does not have the power to stop tree felling, only to advise on it.

A Kent Police spokesman said: “Kent Police received a report of a number of trees being felled in Tivoli Park Avenue, Margate on 10 March and officers from the Rural Task Force are making enquiries to establish whether any criminal offences have taken place.”

It is understood a council team has visited the site today (March 18) and say trees covered by preservation orders have not been cut down.

Complaints have also been made about tree felling at Northdown Park Road.