For Red Nose Day at Sainsbury’s Westwood Your Leisure lent us a rowing machine and bike so we rowed the channel and biked to Paris. Then Your Spa waxed Joe Drayson, Matt Rich, Ajund,Ross and Grant.

We had a name the bear competition and raffle on the day. Customer donations by bucket raised £1000.

Broadstairs Probus Club provides a friendly forum for retired and semi retired men over 55 who have had a professional or business working life.

The February meeting of the club was held at The Yarrow Hotel where the guest speaker was Melanie Rogers from Vattenfall , the company responsible for the Thanet Offshore Wind Farm. Melanie gave a very interesting and informative talk about how renewable wind energy can be used to generate and store electricity to feed into the National Grid. Melanie also explained the current state of Vatenfall`s latest project for the 34 wind turbine extension to the Thanet Offshore Wind Farm which, if approved could start construction in 2020/21. The subject provoked several questions and the club very much appreciated Melanie`s enthusiastic talk. 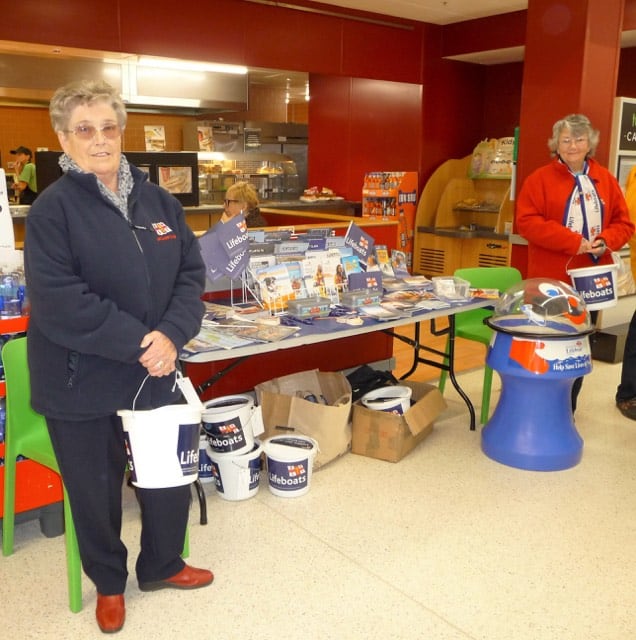 The aim of the Pegwell & District Association is to preserve the natural environment and to protect Ramsgate’s Western Undercliff and Pegwell Bay from further development .

It is one of the last open spaces in Thanet where you can walk in peace and commune with nature. Some would have us believe that concrete, tarmac and buildings are preferable to cliffs, sand and shore.

If you would like to try and help save the freedom and beauty of Pegwell Bay, please consider joining the Pegwell & District Association now.

Subscriptions are only £7 per annum (£10 per couple) and are urgently needed to build up a fighting fund to protect our heritage.

You will receive a quarterly coloured magazine including news, events and much much more.

We are also looking for your support as follows 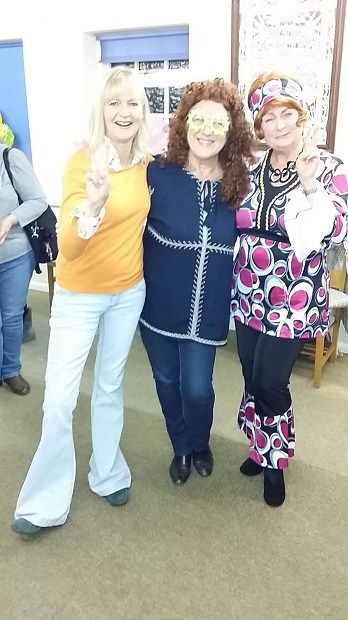 On World Inner Wheel Day, we held a 70’s night to raise money for our charity, ‘The Minnis Community Hub’.

Members were encouraged to dress for the part, and there was a prize for the best costume! Christine really dressed to impress and carried off the prize. Fish and chips, from the Fishbone Grill, were served followed by traditional 70’s desserts, trifle and ‘Angel Delight’. Our ‘disco’ was kindly organised by Lester, Wendy’s husband, and we enjoyed dancing to the well-remembered hits of the 70s!

Jacquie Agnew will be our new President in July, and there will be two more new people on the committee. We were also delighted to induct Sandra Reed into our membership. She is the fifth new member to be inducted this IW year.

Jacquie bravely hosted a CAMEO (Come And Meet Each Other) at her new home, (two doors up from her previous home!) only 2 weeks after moving in. We had a really good turnout with several people bringing guests. Jacquie had to rush out to borrow more chairs from a neighbour! Thank you, Jacquie, for a very successful morning, raising over £40 for the ‘Minnis Hub’!

We meet on the third Thursday of the month for a two course meal at St Augustine’s in Westgate. Charlie Brightling is the current President of Westgate & Birchington Rotary Club, and is a volunteer rider for ‘Blood Runners’.

Inner Wheel is one of the largest women’s voluntary service organisation in the world. The objects of Inner Wheel are to promote true friendship, to encourage the ideals of personal service and to foster International understanding. Any like-minded lady who would like to be involved in ‘fun, friendship and fund-raising’ would be warmly welcomed at any of our meetings. If you would like to know more please contact Janet on 01843 841043.