The 2nd Birchington Guides celebrated their 95th Birthday last week, with a wonderful blessing for our new flag, thanks to Rev Dr Sue, and birthday party organised by our amazing Leader Tracey Charnley for her leadership qualification.

We welcomed some super ladies who were Birchington Guides 50 years ago, as well as Leaders, Commissioners and Parents.

Four new Guides made their promise for the first time, and we welcomed two new Guides who ‘flew up’ from Brownies. 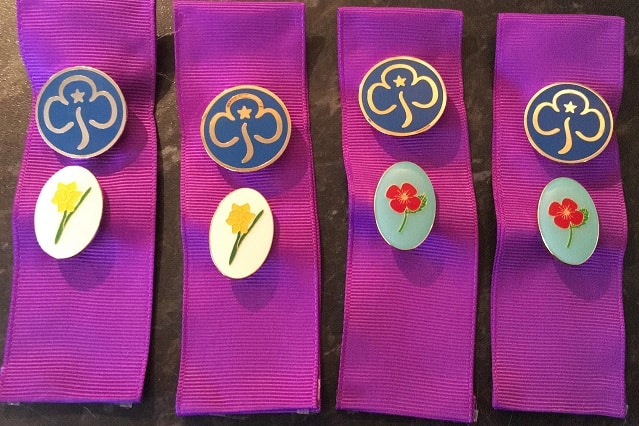 All our Guides received a party bag with a Friendship badge, and novel written by Ann Bryant, who is coming to visit us in the Summer!

Thanks to all those involved, it was a super celebration!

If you know someone who would love to get involved in Girlguiding in Birchington, do get in touch! We have a couple of spaces for girls aged 10-14, & would love to meet any potential volunteers as we hope to start offering Rangers (14-18 years) shortly. 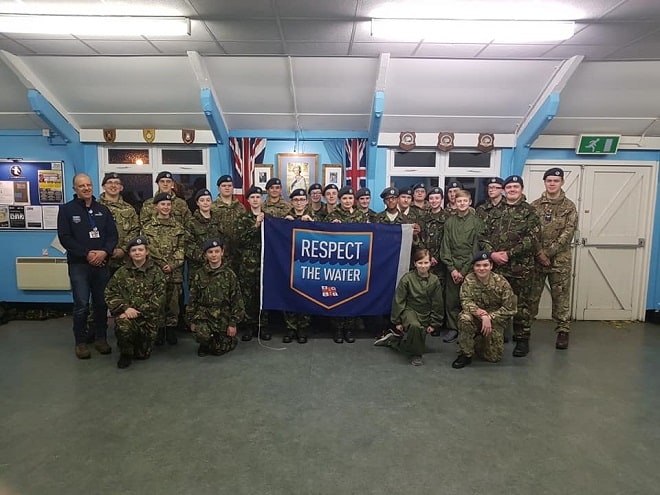 We enjoyed a really fantastic evening chatting to 2433 Ramsgate & Manston Squadron – RAF Air Cadets 438 Thanet Squadron Air Training Corps RAF Air cadets about the RNLI and how to stay safe at the coast by following our key safety messages which are: ‘Float to Live’, know who to call in a coastal emergency, beach safety and lifejackets. A fabulously engaged group of young people who are passionate about the Royal Air Force Cadets. 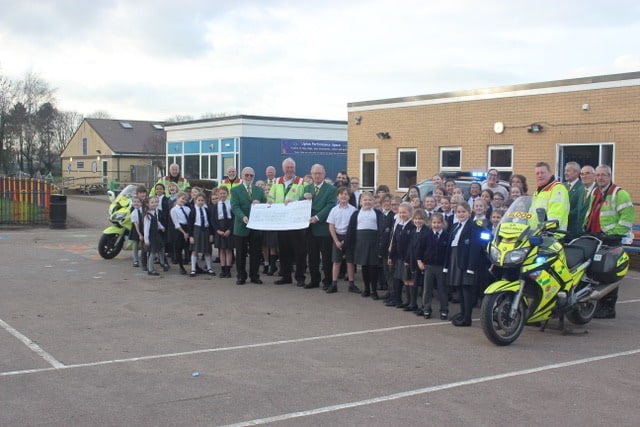 In the worthy company of Upton Junior School Choir and Proteus Brass Ensemble , Thanet Male Voice Choir once again presented  its annual Christmas Charity Concert on December 9 last year at Holy Trinity Church Broadstairs. A packed church enjoyed an afternoon of festive music from the two choirs, the opportunity to join the singing and a visit from Santa and son. TMVC was delighted to welcome its President, Brenda Blethyn OBE, to the concert along with the Mayors of Broadstairs and Ramsgate and Craig MacKinlay, South Thanet’s  Member of Parliament.

TMVC’s Christmas charity this year was Thanet’s branch of SERV, also known as The Bloodrunners, a voluntary organisation of motorists and motor cyclists who deliver blood and medical supplies to hospitals within the region.

Once again, the audience was most generous and TMVC was able to donate a cheque to SERV for £3500 which the organisation will use to continue to provide its most vital service.

This orchestra has been formed by local musician Jacob  who is  associate composer and percussionist with the Rochester Symphony Orchestra; founder  member of the renowned folk group Larkspur and Musical Director of Community Choir  The Bradstow Singers.

Under his leadership this  community choir has already performed in 8 concerts locally with a symphony orchestra including the world premier of a one act opera The Thane and his Wife.

The Symphony Orchestra will be performing with the Bradstow Singers Community Choir in July at a Summer Prom and has its own inaugural convert in October at the Sarah Thorne Theatre Broadstairs. 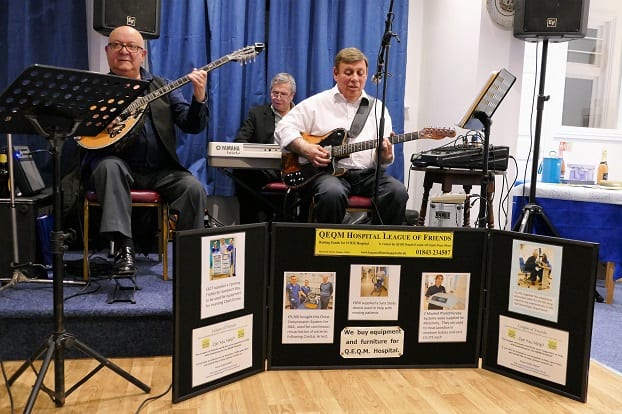 Local charity the League of Friends of the QEQM Hospital recently held a fundraising Greek Evening at the Walmer Castle Greek Taverna/Mermikides Community Centre in Westgate. As well as having a Greek meal those attending enjoyed listening to a live Greek band, dancing and watching a belly dancer.

The charity would like to thank John Kaites & everyone at the Walmer Castle, belly dancer Vanessa and everyone who came along for their very kind support and making it such a successful evening.

Over £1,100 was raised, which the charity will use to fund the purchase of equipment and facilities to benefit the patients, staff & visitors at our local hospital. More information about the work of the charity is available on their Facebook page or on their website www.leagueoffriendsqeqm.nhs.uk

Volunteering will include ensuring your area is covered and supporting the lead Poppy Appeal Organiser with distributing tins and wreaths, collecting tins and even with the counting process after Poppy Appeal. There are a variety of ways you could support such as with collecting money during the Poppy Appeal in a designated supermarket and you will be working as part of a team.

We are really interested in hearing from you if you are able to help throughout the appeal or even for a couple of days or specific hours. Poppy Appeal is unable to run without the kindness of our volunteers and we do really appreciate any support.

Please contact Amy Cumber, Community Fundraiser for East Kent if you are able to assist in any way throughout the Poppy Appeal.