An ingenious children’s book focused on how to create a clean, green environment is being created by a Ramsgate couple.

Illustrator Patrick George and publisher Ann Scott are hoping to send Planet Rescue off to press next month and are appealing for help with costs.

The pair have printed some 15 books with Planet Rescue being the eighth using a technique with transparent page which, when turned from right to left, magically transforms the picture below. Each transformation highlights a benefit to the environment, such as taking the car off the road and placing it back in the garage.

The aim is to empower the young reader as they make the change happen through turning the page.

But a rise in print costs means the pair are hoping for some support to make sure the new book remains at the high quality of previous editions without raising the price.

The duo, who live at their Ramsgate home with their three teenage children, a cat and a three-legged rescue dog called Oscar, first began publishing their tales in 2009. 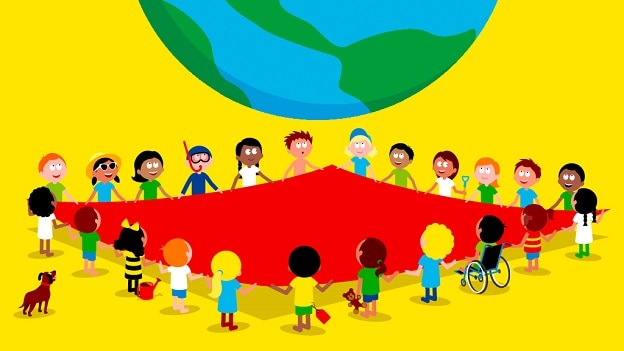 Patrick, 50, said: “It began kind of by accident. We moved to Ramsgate in 2006 and I was working as a graphic designer in London. I was commuting five hours a day which meant four hours to myself on the train. I  used the time to doodle ideas and, with three young children at the time, came up with a rough  idea for challenging imagery. Some books are uninspiring and I wanted to see how children would react to something they had to work at.

“After a year of doodles we had the makings of a book and it started from there.” 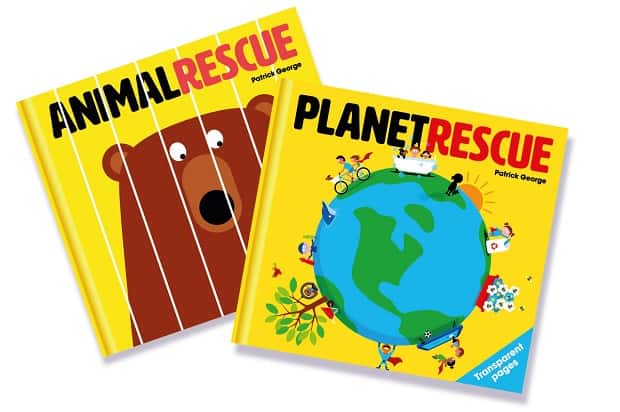 The pair’s last and most successful book was Animal Rescue, which was shortlisted for the Best British Book Design Award 2015. It focused on saving animals in captivity and Planet Rescue follows on by encouraging children to protect the planet in a variety of fun and easy ways such as recycling, saving water and picking up litter.

It has creative quirks such as the title page showing a group of children all wearing little red capes. The capes reappear throughout the book, whether it’s in a boat or hung up on hooks in the bathroom. 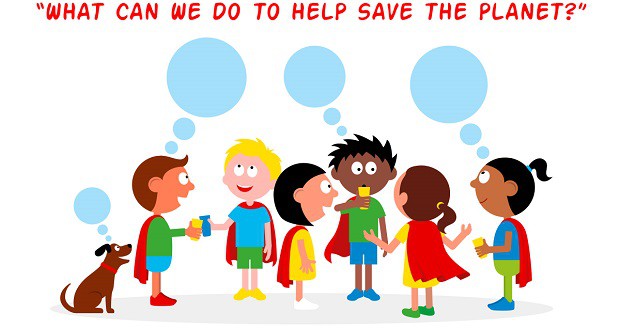 With 2019 being the Year of Green Action (YoGA) in the UK, Planet Rescue aims to raise awareness of, and encourage, youngsters to take care of the environment.

The new book has been a year in the making and will take up to three months to print because of the complexity of hand-making the paper and acetate pages.

Patrick, who also illustrates for wildlife charities such as the Born Free Foundation and Sea Shepherd Conservation Society, says the plan is for the books to be available from around September.

To find out more and make a pledge click here

The fundraiser will run until March 31.