Acute stroke services at Margate’s QEQM Hospital could be forced to shut down before a replacement specialist unit in Ashford is fully opened.

HASUs, with seven day/24 hour specialist staffing and equipment, will be at Darent Valley, Maidstone and William Harvey Hospital in Ashford- meaning the closure of acute services at hospitals including Margate’s QEQM.

But health chiefs say in a business case report that QEQM services may have to be shut down “earlier than  planned” during the change-over because of difficulty in recruiting and staff turnover.

Rachel Jones, Director of the Kent and Medway Stroke Review, said the desire is to keep QEQM open until the HASU is ready and work would continue to retain and recruit QEQM staff.

The units at Darent Valley and Maidstone are due to go live in March 2020 followed by WHH in spring 2021.

The business case report says: “The Trust has suffered from a failure to recruit staff to key positions and high turnover rates for a number of years. The three new HASU/ASU (acute stroke) units operating as part of K&M stroke network will work together to maximise staffing across the network.

“The stroke services at QEQM may be forced to close earlier than planned if the current staffing levels cannot be sustained, because of the challenge to retain staff during the transition and to recruit stroke trained staff as there is a national shortage.”

The report reveals the number of stroke consultants across Kent and Medway are 70% below the recommended level and the minimum staffing levels for other clinical staff, such as stroke nurses, are not being met. It says of East Kent hospitals “overwhelmed staff… are struggling to deliver services.”

The Trust will offer new roles, training and a “benefit programme” to encourage people to stay.

Health campaign group Save Our NHS in Kent claim staff are already leaving QEQM. Spokesperson Carly Jeffrey said: “When the stroke consultation was launched, the documentation showed QEQM hospital had its full complement of stroke consultants.

“SONIK has been told that since staff at QEQM’s stroke ward were issued documents about their future employment, a number of skilled nurses have found new jobs elsewhere, as they were not able to move to Ashford.

“EKHUFT appears to have effectively decimated their own workforce at a time of national shortages. These are people with specialist skills and experience. We are told only two nurses from the stroke ward are willing to move to Ashford.

“If this leads to a forced early closure of the unit at QEQM, heads should roll at EKHUFT. “Everyone seems to agree that frontline staff at QEQM are wonderful  but we say Chief Executive Susan Acott should consider her position.

“We will be very concerned about patient safety if the ward is closed suddenly. Journey times to Ashford are far too long. It is appalling that NHS executives have allowed this to happen.” 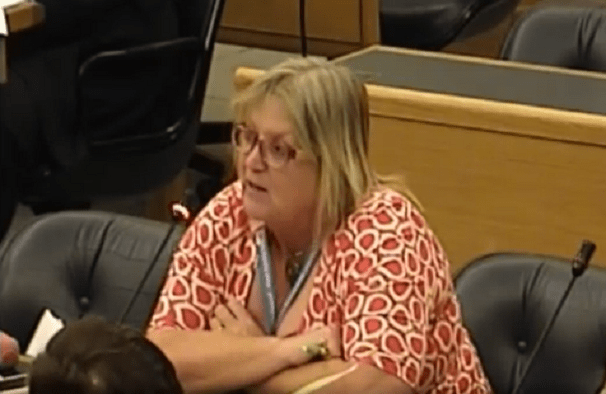 “Not withstanding the staggering deficit, EKHUFT could use recruitment and retention premia. Under the terms of the NHS staff contracts a premium can be paid where market pressures would otherwise prevent the employer from being able to recruit staff to and retain staff in sufficient numbers for the posts concerned at the normal salary for a job of that weight.”

Rachel Jones, Director of the Kent and Medway Stroke Review, said: “We know from staff feedback that specialist stroke staff support the development of hyper acute stroke units to improve the quality of care for patients. It is our intention and desire to continue the service at Queen Elizabeth the Queen Mother Hospital in Margate until the east Kent hyper acute stroke unit (HASU) at William Harvey Hospital in Ashford is ready.

“We are working towards this and continue to focus on how we can make this happen, including working hard to recruit and retain specialist stroke staff at QEQM.”

The hyper-acute unit at William Harvey Hospital will require a new build 32 bed ward, linked to the existing stroke ward to create a single 52 bed unit. The cost is estimated at £20.9million.

Some £13.6m was spent by CCGs on acute stroke activity in the Kent and Medway catchment area in 2016/17. Hospital stroke services are currently running at an estimated £7.5 million deficit. The new service would decrease that deficit by £0.5m in the first year.

The CCGs would pay out an annual £500,000 increase in ambulance costs.

They say the new approach to rehabilitation must happen at the same time as the implementation of hyper-acute stroke units. A business case will be presented to CCGs this Spring.

A new build at Canterbury

The JCCCG agreed the William Harvey unit option despite proposals that could see the service having to be shifted again if a new major emergency hospital is built in Canterbury. Commissioners are considering an offer by Quinn Estates to build the shell of a new hospital in Canterbury as part of a development of 2,000 new homes. It would involve changes at all three sites, with A&E, acute medical care and complex inpatient surgery, which currently take place at William Harvey and QEQM, relocating to Canterbury. This could include moving the HASU.

Read here: Proposals for east Kent hospitals A&E and other services -which could be moved to Canterbury- agreed for next steps