Thanet were without recent regular starters Walton, Herbert and Hougham in the backs but were fortunate to have Lewis Stone,  Stuart Plumridge and Ryan Copp available together with fit again Andy Letts back at eight. Conditions were good for rugby although the sunshine of Thanet was replaced by a grey day in Sussex.

Both teams were scrambling for points in the nether regions of the league and this was evident with some nervy errors from Wanderers in opening exchanges. The hosts took an early 5-0 lead through their influential open-side whose powerful break split Wanderers defence.

Sam Taylor earned a penalty with a turnover at a breakdown and Dan Hill’s long penalty established Wanderers in Heathfield’s half. After 15 minutes Thanet drew level when Hill gathered a loose ball and made metres before handing on to Copp on the right wing. He showed serious pace, too much for the chasing defenders, to make it 5-5. 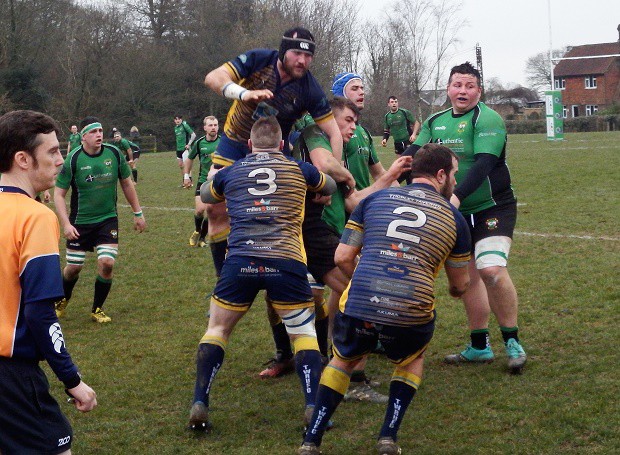 The ‘Greenys of Heathfield were clearly well motivated for this match and hit back five minutes later with a well constructed try. Thanet’s defence was stretched leaving their opponents with a three on one for the outside centre to be the one to touch down. A nice conversion had the large home support calling for more. The players were close to pleasing them but a crucial knock on and a missed straight-forward penalty kept the score at 12-5.

Marius Thompson’s well judged kick set good field position as Thanet aimed for a score before half time. George Orton withdrew with injury to be replaced by Arek Janeczko in the second row. Five minutes before the break a stolen line-out saw the ball reach Taylor who powered through the defence before handing on to left wing Charlie Knight who finished strongly. 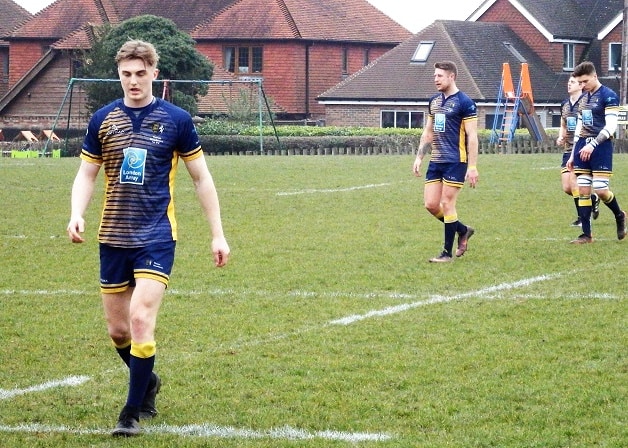 Rolfe’s conversion went in off the post to even the scores at 12-12. A penalty attempt for Heathfield rebounded from the cross bar but the Thanet defence proved equal to their follow up attack and went into the break perhaps a little fortunate to be on level terms. There were however encouraging signs that their pack was becoming increasingly dominant with the front row of Jimmy Green, Neil Wakefield and Kamil Wiecaszek bossing things up front.

Thanet are well served by their lock forwards with Orton, Janeczko and Captain Adam Gaddes vying for the starting spots and turning in weekly quality performances. Sam Taylor, Brett Scott and Andy Letts make up a back row that stands equal to any in the league. The pack held the key to Wanderers winning the second half and gaining the vital league points. They did not disappoint. 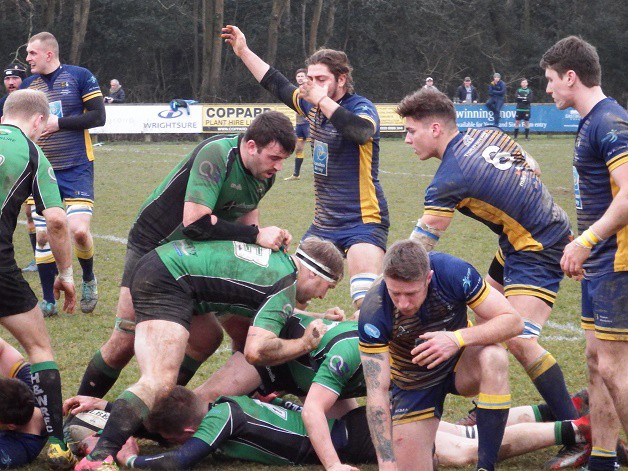 Within the first ten minutes of the second half, two penalties took Wanderers to a lineout five metres out and a powerful drive took Wanderers over the line with Wakefield the scorer. Rolfe’s conversion attempt slipped wide but Wanderers led 17-12. A rush of blood earned scrum half Stone a yellow card and Thanet’s lead was cut by three points as the resultant penalty went over.  Wanderers were playing more fluently.

Pressure forced a home defender to pluck the ball from ruck under the nose of the referee and Rolfe exacted retribution with three points from the penalty. Throwing off jet lag, Danny Clement had joined from the bench and made valuable metres with a characteristic burst. Stone returned with Wanderers happy not to have lost ground in his absence.

Thanet were on top and drew penalties with a succession of drives keeping them in or near the down the slope in Heathfield’s danger zone. Kris Finneran replaced Taylor who had again been excellent. A good interchange between Knight and Plumridge and a lovely grubber kick for the latter turned the screw before a drive again headed inexorably to the try line and Letts emerged smiling after scoring the important try that secured a try bonus point and a 25-15 scoreline. In the closing minutes Stone looked to have scored but put a foot in touch as he broke down the blindside. The game soon subsided with no addition to the score. 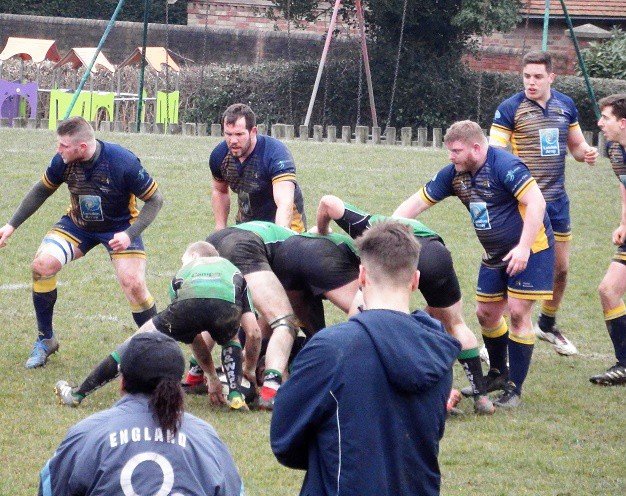 Head Coach Mike Pond acknowledged that this was not Wanderers most attractive performance of the season but was pleased how his team adapted their game to take account of the pack’s growing dominance and to play a tight game to take the win. He named Marius Thompson as Thanet’s man of the match and this week’s winner of the Malachy Egan award. Wanderers youngest player today is already a full Norwegian international, was unflinching in the tackle and again led the back line with distinction.

No game again this coming Saturday although the Vets are at home on Sunday (kick off 2.30pm) for their Spitfire Gold Veterans Cup semi-final against Maidstone. Don’t miss it!

The first XV return to action on March 2 with a local derby against Deal and Betts who slipped below us into tenth place in the league after this weekend’s results. The away game was a cracking match so please be there for what promises to be another gripping game. Kick off 3pm.