Huge progress has been made in building a specialist school based on land at Quex estate in Birchington.

The Llewellyn School and Nursery is currently run by Sara and Philip Llewellyn at their home in Westbook. 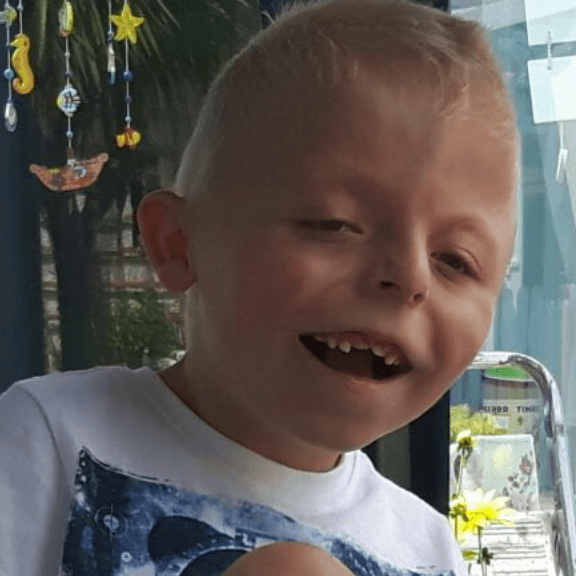 Louie, now 11, was born with a rare chromosome deletion, meaning a small piece is missing from one of the body’s 46 chromosomes.

It has proved so vital that the couple need larger premises to cope with demand. 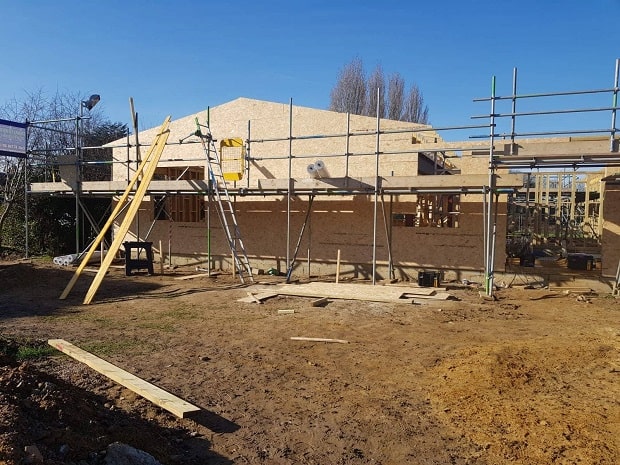 Anthony Curwen the managing director of Quex Park, offered Sara a plot of land to build the school and planning permission was granted in February 2018.

Linked to the school is registered charity, Louie’s Helping Hands, which supports the youngsters by providing some of the valuable therapies they require.

The charity was initially set up as a fundraising page in 2012 by Louie’s godmother Tania Horn and now has four mums – Tania Horn, Sara Llewellyn, Debbie Chapman and Angela Curwen -driving the campaign to make sure enough is raised for the big build.

The main structure for the new school is now complete and the roof is going on. 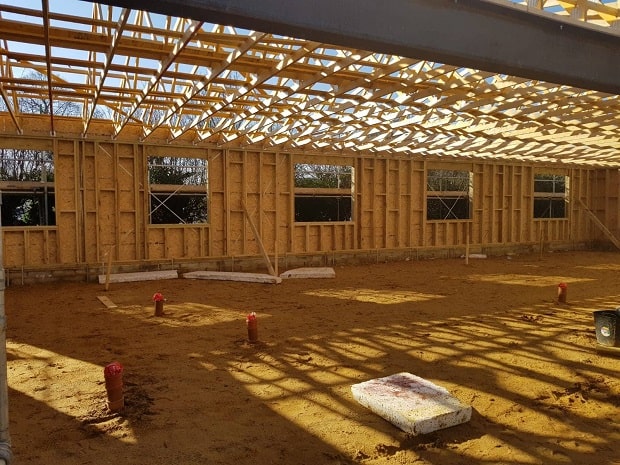 A spokesman for the school and charity said:” With the overwhelming support we have received from our supporters and local community the build has made huge progress. We have completed the main structure and walls and  this week has seen the start of constructing the roof.

“Dee Horten, landlady at The Saddler in Minster, has been involved with fundraising for the school build and has called for local tradesman and businesses to attend a big build meeting being held at the pub on March 5.
“We hope that more people will come forward to help support completion of the school.  A target of Easter was set last year and all efforts are being made to make this happen.

“With lots of fundraising events, social media and news articles about our charity recently it has helped raise awareness. We are also fortunate to have an incredible amount of support from local businesses, community groups and fantastic individuals -not forgetting our friends and families. They have all helped us to get our brand new school to this point! 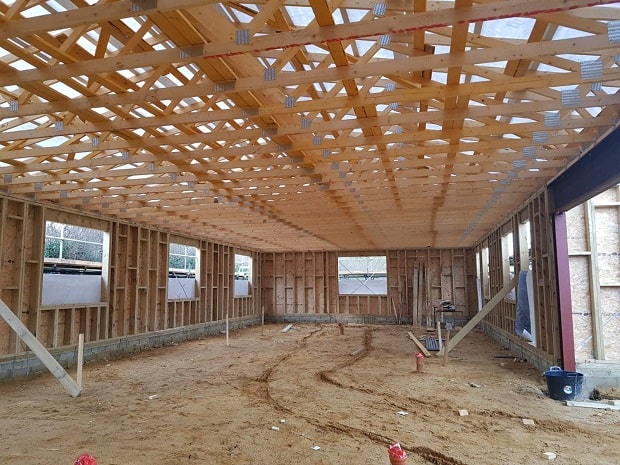 “We have successfully won five grants so far, including a £20,000 National Grid Community Grant towards to the new build.

“Even though what we have achieved this last year has been amazing, we still have some way to go.
We are appealing to all local trades and builders who may be able to support us in any way to completing the build!

“We have several fundraisers planned for this year including a quiz night at Cafe Darcy, golf day at Westgate & Birchington Golf Club on May 17 and also Keith Taylor taking part in the Brighton Marathon to name a few!

“But we need more, if we are going to be successful in our mission and to keep the ongoing essential support to the children and families of The Llewellyn School.”

The Saddler pub in Minster will hold its event on March 5 at 7pm.

The charity quiz night at Café Darcy in Margate takes place on Saturday (February 23) from 7pm.

Cost is £10pp and teams are between 4 and 6 people. Price includes Mediterranean Sharing Platter.

Keep up to date at www.facebook.com/LouiesHelpingHands1

To support the big build go to: