A devastated family are appealing for help after their mum’s ashes were stolen this week.

Mum-of-two Deanne Smith believes the colourful ‘pot’ containing her mum’s ashes, as well as cash and a mobile phone, were taken from her car sometime on Tuesday afternoon.

The hairdresser, from Palm Bay, was parked at the rear of Kaspa’s in Westwood and thinks this may have been when the thief struck.

The 37-year-old said: “I had left some cash in my car to go to the wholesale shop for my products. I opened my glove compartment in the car and the cash had gone. It’s a new car and I saw the manual was out of its cover which made me suspicious. I then drove home.

“At 5pm I wanted to check my car again as it all seemed a little odd, I guessed my car hadn’t locked so they were able to just take the cash.

“ I realised my son’s phone that was in the glove box had also gone and my Mum’s ashes that were kept to the side on me were also gone. 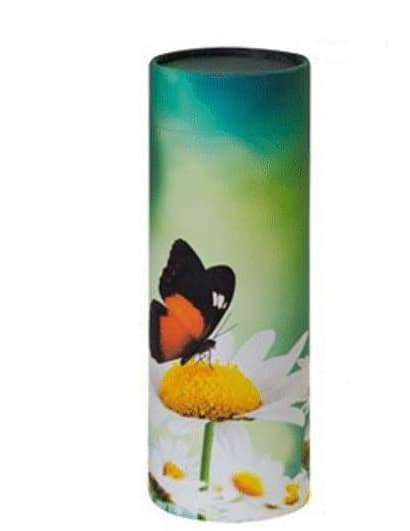 “They are in a colourful tube so maybe they thought it was something valuable to them, sadly not, just to us.

“I have no proof of when and where this happened only when I noticed. Kaspas are checking CCTV footage for me. Someone saw a man trying car doors in Homebase car park two hours before I was at Kaspas. He was reported and was last seen heading towards Westwood Cross. “

The mother-of-three had been diagnosed with terminal cancer in 2014. Maggie received care from the Viking ward at Margate’s QEQM and presented them with a donation after her family raised £650.

The cash was raised through a Winter Wonderland Christmas display and was used to buy swivel chairs for the staff which were of a specific design and standard.

Deanne said: “Mum was an unbelievably brave and inspirational lady to many people.”

Deanne and her family, who were planning to scatter Maggie’s ashes, are appealing for help to get them returned.

A Kent Police spokesman said: “Kent Police received a report of theft from a car that was parked in a car park off Margate Road,  Broadstairs, between 1pm and 2pm on Tuesday 19 February.

“Cash, a mobile phone and other personal belongings were reported stolen from the vehicle. Enquiries into the incident are ongoing.”

If you can help contact Kent Police on 101 or email isleofthanetnews@gmail.com and we will pass details to Maggie’s family.