TV presenter James May was among the guests today (February 19) to attend the official opening of the Hornby showrooms and offices.

The star, best known for his role alongside Jeremy Clarkson and Richard Hammond on Top Gear, tried his hand at a spot of Scalextric racing and revealed his favourite model of the 1970s Flying Scotsman with realistic chuffing sound was now in storage.

He said:  “It means so much to me and has so much sentimental value. I don’t run it now,  it’s carefully stored in its box along with all my many other Hornby and Triang Hornby Locomotives.” 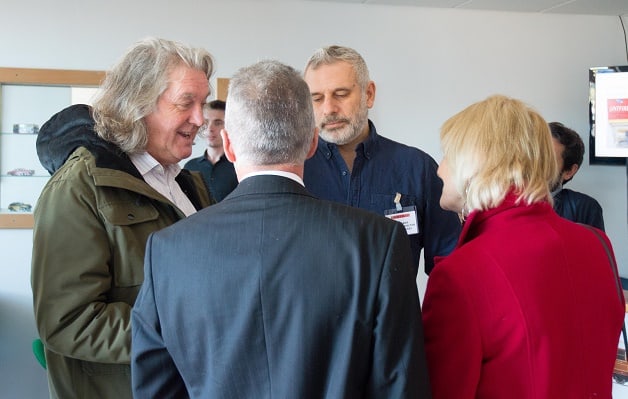 In 2009 James had tried to run the Flying Scotsman model on the former North Devon Line from Barnstable to Bideford, which necessitated laying 10 miles of model track supplied by Hornby. The attempt failed due to vandalism  but undeterred he tried again in 2011 for a special spin-off  of his show James May’s Toy Stories and achieved his goal. 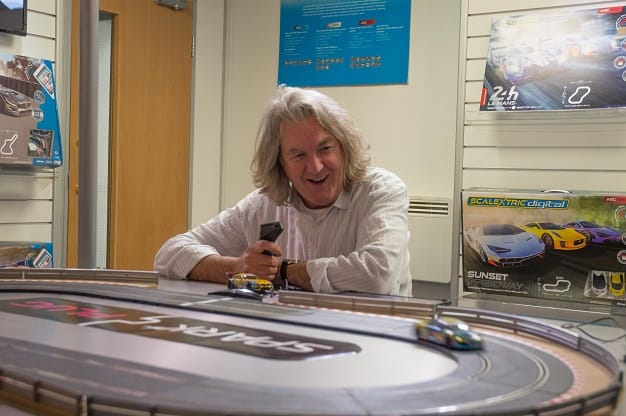 He was joined on the second attempt by Hornby marketing executive Simon Kohler, who also hosted today’s ‘re-opening’ event.

Hornby moved distribution to Hersden in 2014 and office functions to Discovery Park in 2015, ending more than 60 years of work in Margate. 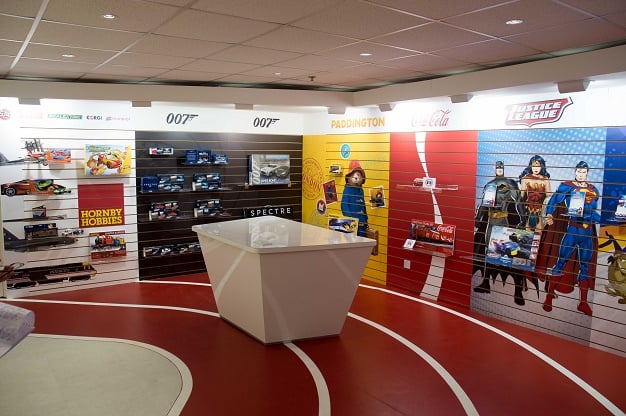 But now the Scalextric and model train giant has returned to the Ramsgate Road site and unveiled expansive new trade showrooms.

The move was announced in November last year and the business showrooms opened in January. Today an official ribbon cutting took place with North Thanet MP Sir Roger Gale doing the honours alongside Mr Kohler, who began his career with firm in the early 70s at the Margate site.

They were joined by chief executive Lyndon Davies, who said: “Business means building a relationship with your customers, your suppliers, and everyone around you, including your local community. So, what we have been trying to do is create those great relationships.

“Another thing we need is passion, passion to drive this business forward. We will beat our competitors and Hornby has passion. When we talk about new products and new things that are happening I feel that passion today in our business, I feel it with the people that are here, people, products, great relationships, passion.

“But, what Hornby didn’t have, what Hornby lost five years ago when it moved away from here – it lost its heart.

“Hornby belongs in Margate and coming back here is a huge move for the company.”

Sir Roger spoke to the guests, and recalled an occasion when Hornby brought working layouts and Scalextric to the House of Commons 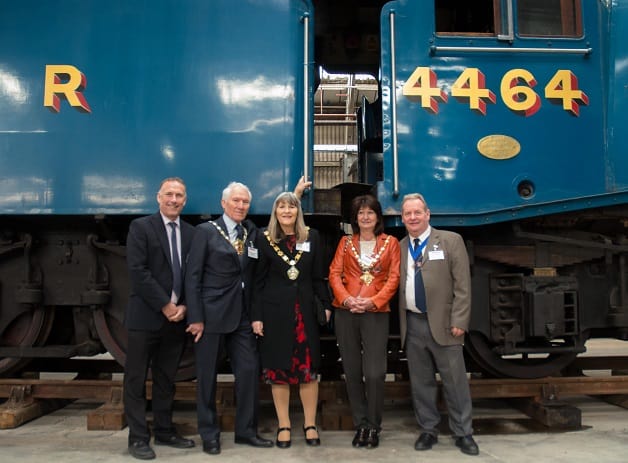 Guests at the event, including Margate mayor Julie Dellar, were shown the new showroom and given exclusive access to the locomotives stored in the former Goods Inwards Building, which is now owned by Locomotive Storage.