Shirley Ridge, from Birchington, was diagnosed with breast cancer in August 2018 and was recently able to ring the ‘end of treatment bell’ at Margate’s Queen Elizabeth the Queen Mother Hospital.

Shirley, who dressed up as Superwoman for her final session of chemotherapy, was joined by a large group of friends, family and loved ones to help her celebrate the moment. They were joined by members of the team who work in the unit, who have treated Shirley every three weeks after breast cancer was found in three separate areas.

She said: “The support and care of the staff here at the Viking Unit has been incredible. I wouldn’t have got through this journey without the lovely team who I have built such strong relationships with.”

Her sister Diane added: “When we found out about the diagnosis last August, your whole life is put in front of you and you just don’t know what to expect.

“Everyone here at QEQM has been amazing and we wouldn’t have got through it without them, it has made such a big difference to us as a family.”

The bell was installed in The Viking Day Unit at Queen Elizabeth the Queen Mother Hospital so that patients, who were receiving treatment for cancer, can ring it to mark when they have finished their course of chemotherapy treatment. 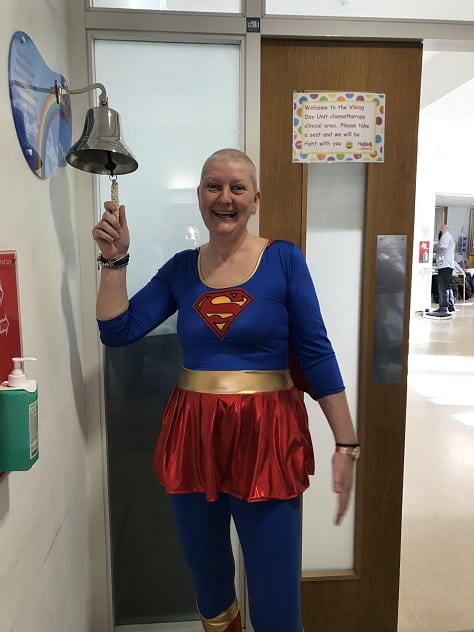 Many patients have said they felt it was important to mark the end of their journey through their chemotherapy treatment and ringing the bell gives them the opportunity to do this and to signify the end to their current journey, giving them hope and strength for the future.

Carrie Merry, chemotherapy unit manager, said: “Undertaking chemotherapy treatment is a frightening and emotional experience for anyone. The end of treatment bell aims to represent a milestone moment in treatment, and is something to aim for.

“The bell gives us, as a unit, the chance to celebrate with the patient and to offer our support to them at a significant moment in their treatment. It is such a simple idea, but the positivity and hope it generates amongst patients and staff on the ward is fantastic and it means so much to everyone.

“For many of our patients, in particular those who have been with us for treatment for a long time it signifies a significant milestone and what will hopefully be the start of their recovery.” 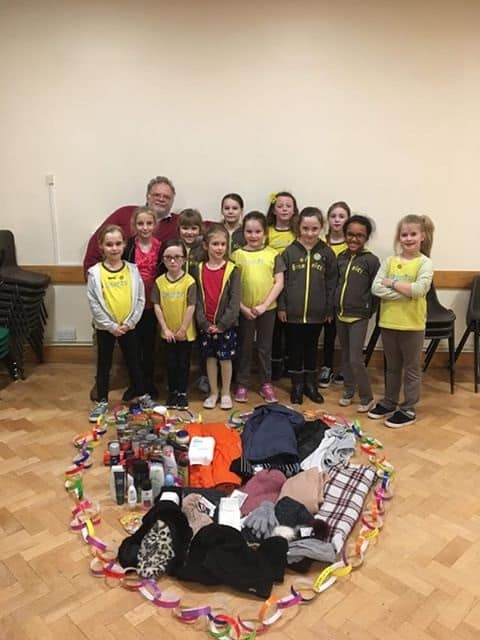 3rd St Peter’s in Thanet Brownies have hosted a special Valentine’s evening with a theme of loving everyone, humanity and society. As part of the event the group collected and donated items to the Thanet Winter Shelter.

Brown Owl Emma Mulvihill said: “The girls have been collecting items over the last month and we have been working with them to teach them about homelessness and the reasons behind why people become homeless.

“We’ve also worked on stereotypes to teach the girls that homeless people are just like everyone else and to make them think about how it would feel to be ignored and dismissed. We’ve linked it to work around bullying and self-esteem.

“ The girls all took a section of paperchain and wrote on each one something they loved about our society and everyone who lives in it. Between them they filled over 120 chains. We linked them altogether in a big heart shape which we filled with our donations.

“We then had Alexander Roarke from Thanet Winter Shelter visit to tell the girls about the work of the shelter and what will happen to their donations. “

The radio station, based at Royal Harbour Academy, will be holding a Friend’s coffee morning  on Sunday 24 February at the studios from 10am to 2pm.

It is open to all to come and find out more about the radio station.

Listeners are also welcome to come and join the friend’s scheme for £12 a year and in doing so will support the radio station.

Further details are available from friends@academyfmthanet.com 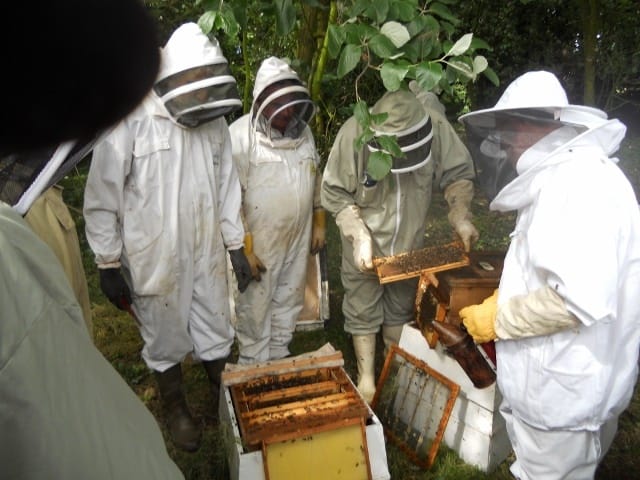 Thanet Beekeeper have run one course of five lectures on beekeeping at the Bell Inn at Minster, covering the hive, pest diseases, honey and other topics of beekeeping.

Several people who missed out on the last course have asked for another which is starting at the beginning of March. If interested in attending the course or any other aspects of beekeeping please contact info@thanetbeekeeper.org.uk

A reunion is being held for those who worked at Hornby Hobbies in the 70s-90s.

The event takes place on March 2 at the London Tavern in Margate from 7pm-11pm.

There will be music from DJ Crippsy.

A vital piece of lifesaving equipment has been installed outside The Minnis Bay Bar and Restaurant, thanks to support from Shepherd Neame.

Shepherd Neame, which owns the seaside venue, provided £250 towards the cost of the equipment and paid for its installation.

The external defibrillator is one of two which have been installed in Minnis Bay following a fundraising campaign by the Minnis Bay Windsurfing Club, with the other outside Sea View Heights apartments at the crabbing pool end of the bay.

Richard Turnnidge, director of development at the club, said: “Minnis Bay has a lovely sandy beach and is popular year round, used for a host of activities including sailing, fishing, windsurfing and kiteboarding. Several members of our club recently renewed their first aid qualifications which included training on defibrillator use.

“As a result we looked into the availability in our area and found that there were no publicly accessible defibrillators near Minnis Bay, with the closest in Birchington village almost a mile away. Most of those were only available when that shop or club was open and not publicly advertised from the street.”

The club launched a fundraising campaign for a defibrillator which was publicly accessible 24 hours a day, seven days a week. Initial funds donated by the Windsurfing Club were soon increased with pledges from Shepherd Neame and Margate Round Table, along with generous donations from local residents and organisations.

Richard said: “Within a few weeks it was clear that the idea was very popular and we had managed to obtain pledges with enough funding to install two units, one for each end of the Bay. Arrangements were also agreed with property owners to install and host the new units. We would like to thank all those who have contributed to the project. We hope that we never need to use them, but they are there now just in case.”

The Minnis Bay Bar and Restaurant manager Daniel Cole said: “As a seaside bar we were delighted to offer our support for this campaign, as we have a close relationship with many of the local groups who use the water, and some of our staff have a lifeguard background. This vital lifesaving equipment is a huge asset for our community.”