Beautifully written protest signs in chalk have again appeared across the isle in protest at the proposed changes to stroke services.

Last September a message against the proposals was written on a wall at Dumpton Gap. More signs have now appeared in Ramsgate, Margate and Broadstairs.

The protest is aimed at Kent and Medway health chiefs’ plans to end acute stroke services at hospitals including QEQM at Margate in favour of three hyper-acute units for the region. The nearest to Thanet will be at the William Harvey Hospital in Ashford. 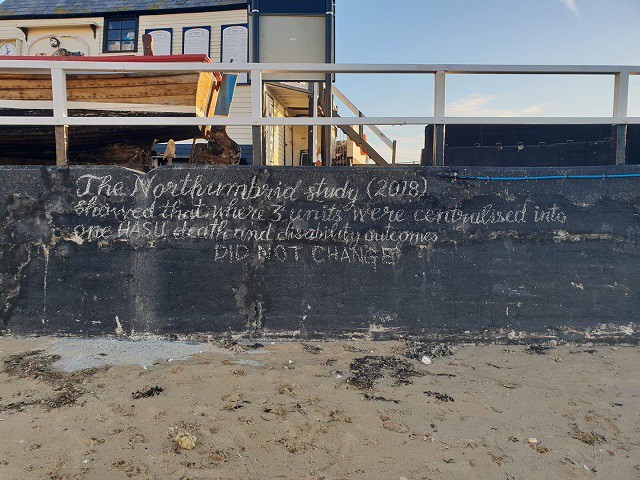 A final decision on the location for three units across Kent & Medway is expected to be confirmed by the Joint Committee of Clinical Commissioning Groups on February 14 during a meeting in public at  the Hilton Hotel, Maidstone.

Save Our NHS in Kent campaigners are demanding a new location is found to accommodate more members of the public as spaces for the meeting have already sold out.

Carly Jeffrey (pictured), from SONiK, questioned why a hotel is being used for the meeting rather than Maidstone’s County Hall. She added: “The NHS belongs to the public, and the NHS constitution states that the public will be involved in decisions made about the service. This is completely unacceptable.” 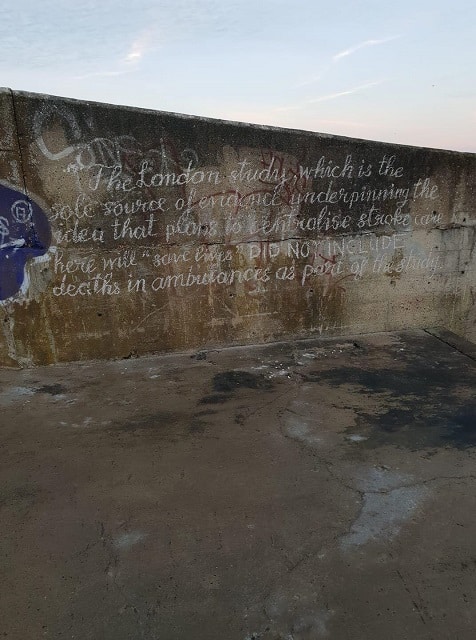 The Kent & Medway NHS Trust says this is a meeting in public rather than a public meeting, for members of the public to observe but not join in the discussion.

The JCCG say there will be an increase in specialist stroke staff including an estimated 8.8 additional consultants, up to 107 additional nurses and 46 additional physiotherapists and occupational therapists.

It expects the hyper-acute units at Darent Valley and Maidstone to go live in March 2020 followed by the William Harvey Hospital in spring 2021.

A protest in writing 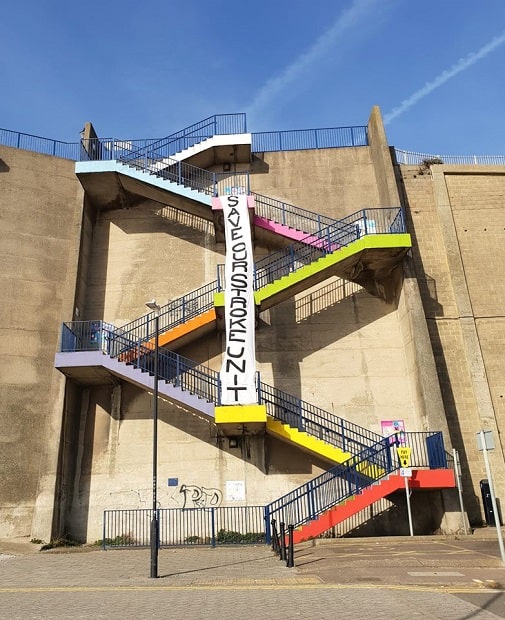 The ‘graffiti’ that has appeared on Ramsgate and Broadstairs seafronts outlines concerns and figures related to stroke and the hyper-acute unit proposals. 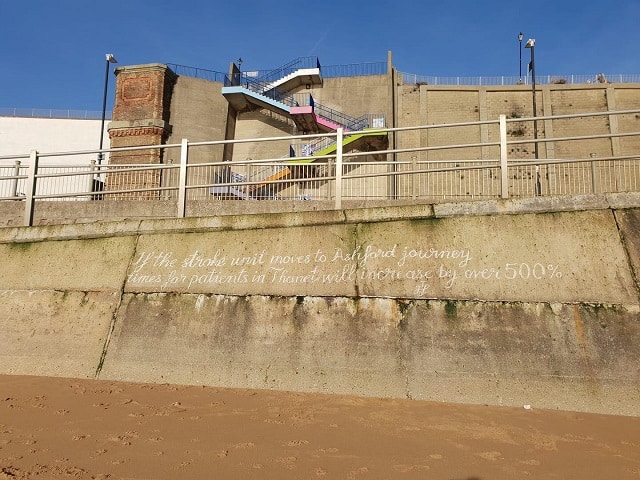 SONiK will stage a protest outside the decision meeting venue on February 14 from 1pm.