A service has been held in Ramsgate to remember the 18 naval aviators from the Fleet Air Arm (825 Naval Air Squadron), many of whom paid the ultimate sacrifice for their part in a World War Two operation.

The squadron flew six fabric-covered Fairey Swordfish bi-planes from RAF Manston in an attack on the might of the German Battle Fleet in the Straits of Dover on February 12, 1942. 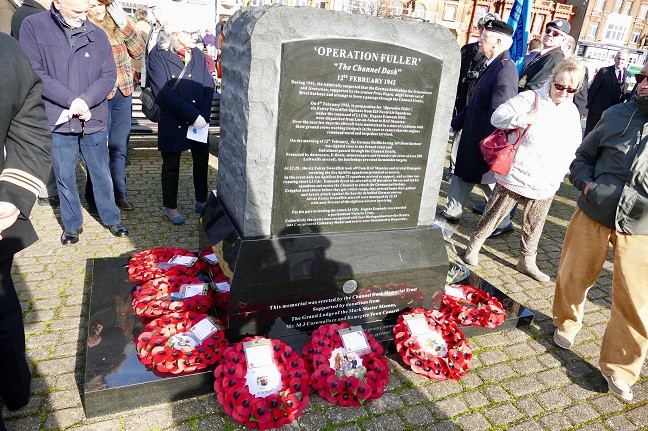 The British top brass thought the German force would only travel through the Straits of Dover at night and had rested the majority of its air crews, leaving just the six Swordfish available to combat the German threat. 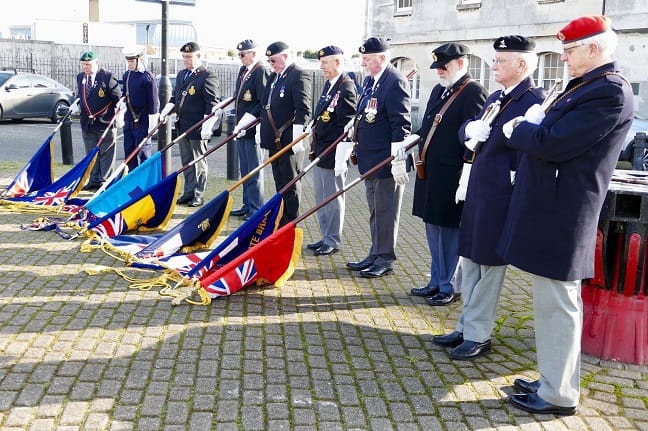 As crews were frantically scrambled, the six biplanes flew on, determined to attack the battleships Scharnhorst and Gneisenau which were in turn protected by 6 destroyers, 40 flak ships and 200 fighter aircraft. 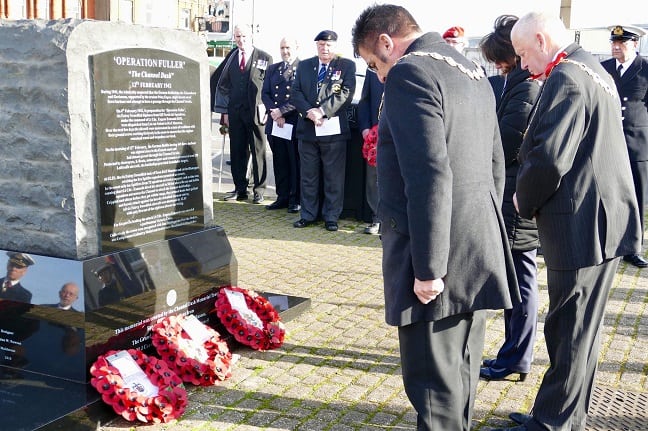 Crippled and ablaze before they had even got within range of their targets, the heroic British naval aviators delivered their attacks and paid the ultimate sacrifice with only 5 of the aircrew being rescued and all of their aircraft destroyed. 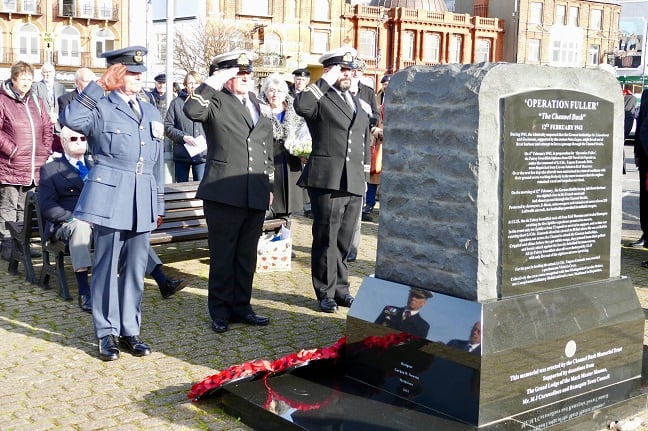 The annual service held in front of the “825 Squadron” memorial at Ramsgate Harbour is organised by the Channel Dash Memorial Trust. 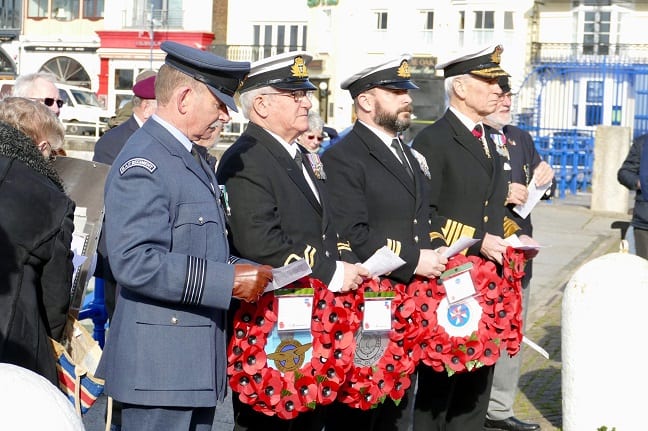 It was attended by dignitaries including Ramsgate mayor Trevor Shonk,, service organisations and members of the Fleet Air Arm Association Kent Branch who laid a wreath. 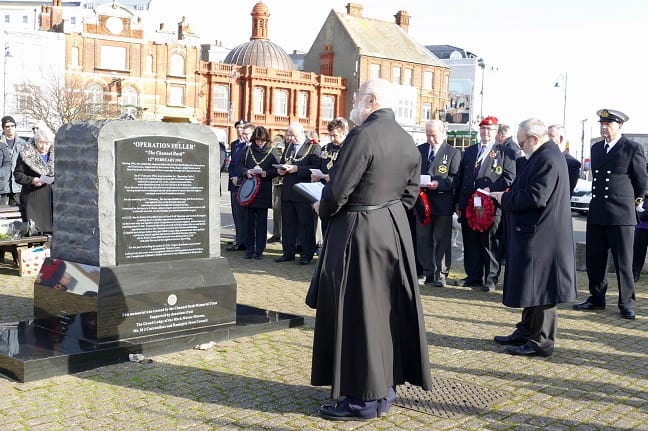 The organisation is in need of new members.