Taking the idea of a child’s fidget spinner toy and combining it with cleverly made jewellery is the concept behind a new venture for a Cliftonville mum-of-one.

Nina Sellen, 31, has launched Sensory Seeker, selling handmade fidget jewellery which consists of everything from cogs to bumps and lights to make it tactile and especially useful for people who may suffer some form of anxiety.

Nina, who was diagnosed with ADHD and Aspergers at the age of 30, was prompted to make the jewellery as a way of being able to relieve stress in public without ‘raising eyebrows’ by using a child’s fidget spinner toy. 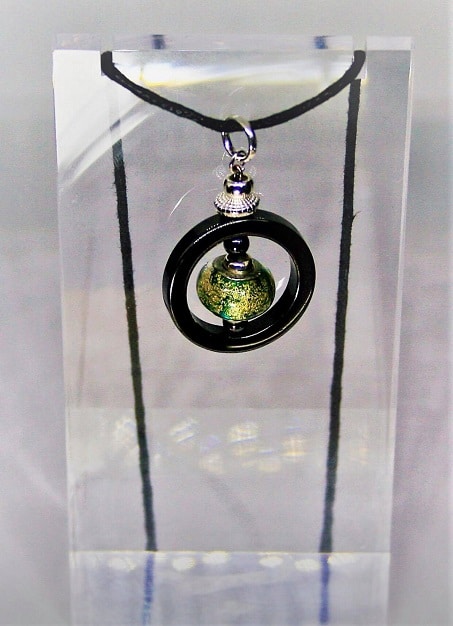 Fidget spinners are designed for those who have trouble focusing or who fidget to relieve nervous energy, anxiety, or psychological stress. There are claims that the spinners can help calm people who have anxiety and other neurological disorders like ADHD and autism.

The toys have a ball bearing in the centre of a multi-lobed  flat structure made from metal or plastic designed to spin along its axis with little effort. 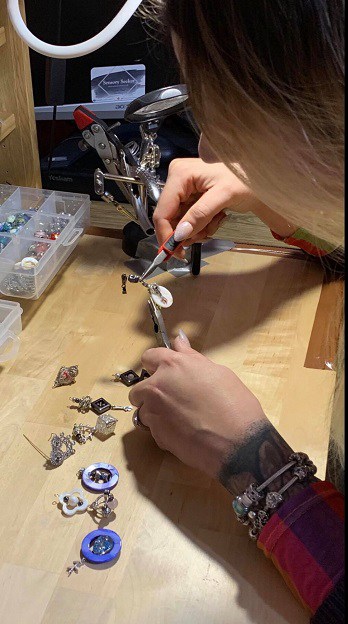 Nina decided to take the concept and create jewellery, mostly in gun metal hematite and with semi-precious stones which are said to have calming qualities, that people can spin and ‘stim.’

Nina said: “If I get emotionally overwhelmed and use a spinner for five minutes it is a bit like a pan of potatoes boiling over and then being turned down. But an adult playing with a child’s spinner in public isn’t really sociably acceptable so I decided to come up with something that I can have in public but won’t raise any eyebrows. 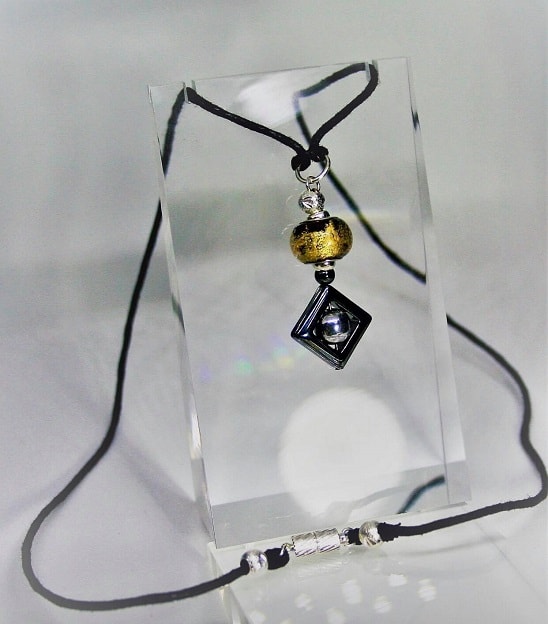 “I use semi precious stones and hematite metal that has properties to relieve anxiety. I’ve made the Steam Punk ones with cogs and had an enquiry from the Joker Squad charity that does Star Wars events asking for fidget necklaces and stim beads.

“It is about having something sensory, so I have a necklace with beads that you shine a light through and it projects I Love You, or there are bumps and ridges which are tactile.” 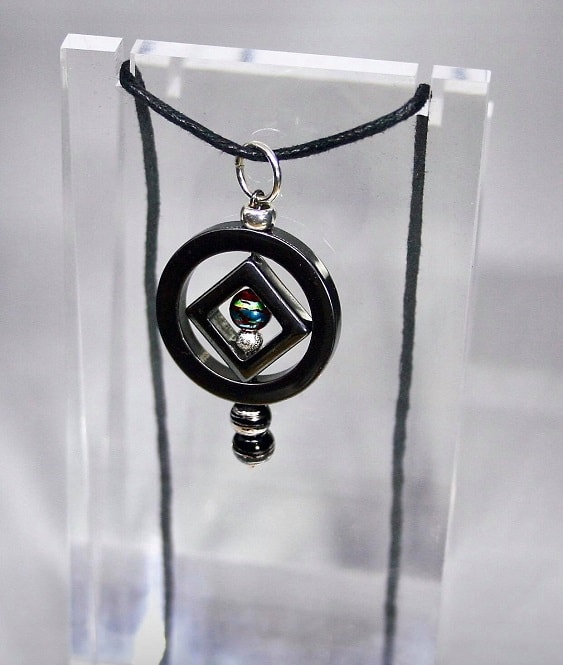 Many adults with ADHD and/or autism will struggle with impulsiveness, restlessness and difficulty paying attention. Aspergers, considered to be on the “high functioning” end of the autism spectrum, can mean exhibiting a restricted range of interests and/or repetitive behaviours. The aim of the jewellery is to be a coping mechanism for those feelings, whether associated with ADHD or other conditions, but also to be eye-catching in its own right. 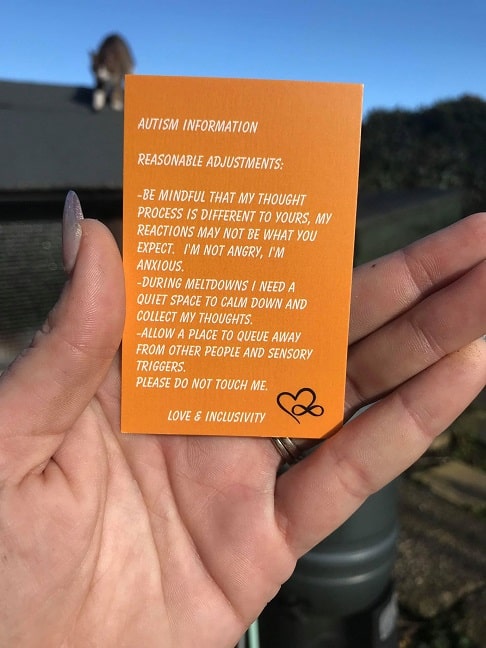 Nina, whose business cards include autism information, said:“I wanted to stand out from the crowd. A lot of people make jewellery but I wanted mine to have a purpose, so it is not just a piece of metal but its functional.”

Sensory Seeker jewellery can be found on Etsy at https://www.etsy.com/uk/shop/SensorySeeker

Nina also runs a facebook group Autie, Me & My ADHD which is aimed at helping people understand Asperger syndrome and ADHD, particularly in adults.