A gentle tale of kindness and living day to day with autism has been created by a Margate dad of two.

Tim Johnston penned children’s book The Penguin Family last year in a bid to raise awareness of autism, which his oldest son Louis, 8, lives with, and to bring in funds for the Foreland Fields school where the youngster is a pupil.

Gorgeous illustrations by Russell Goldsmith help bring the book, which is dedicated to Louis and little brother Otis, to life.

The first print run of the book arrived yesterday (January 25) and 100 copies have already been sold with buyers as far away as America and Japan.

Tim, who works at Jet Digital Media in Manston, said: “Both my sons are fascinated by penguins. So, for a bit of fun I decided to write a book about our lives and the day to day things we do. Friends and family read it and said I should publish it and I thought it would be a good way to raise money for Louis’s school.”

Louis was diagnosed with autism when he was 18 months old after delays in his development became apparent.

Tim, 30, said: “He took longer to walk and talk, he didn’t say daddy until he was four or five, so everything took that bit longer. It is good we got him the help when we did. We were told he may not speak but the school has really helped and opened so many doors for him. 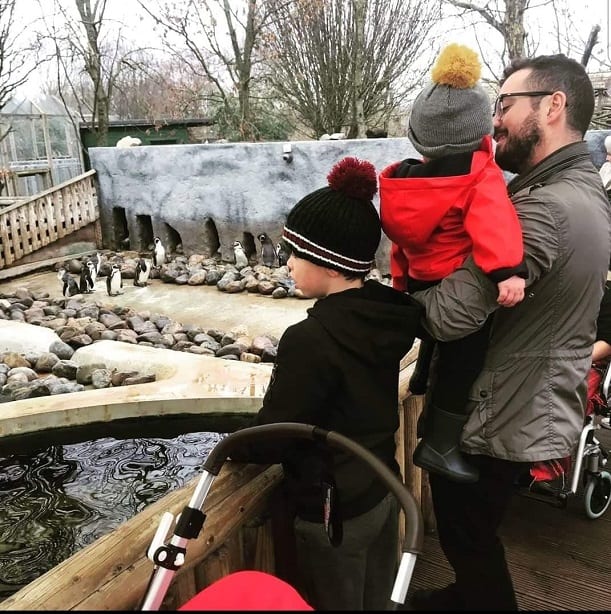 “Thy have opened things up for him with speech, writing, social aspects. They do so much for the children. If he was in mainstream school he would really struggle which is why I think schools like Foreland Fields are so crucial. Maybe one in 100 children are diagnosed with autism or, smaller numbers, with Asperger’s or ADD conditions.

“I wanted to delicately touch on the condition of autism and spread a better understanding of day to day life with this condition but in a tasteful way. I wanted to show elements of kindness and how kindness benefits everyone.

“I also wanted to give my children something personal that in years to come they can give their children. I’m very lucky to have both my boys. Louis is happy 100% of the time and he just shines. Otis is smiley and happy too.” 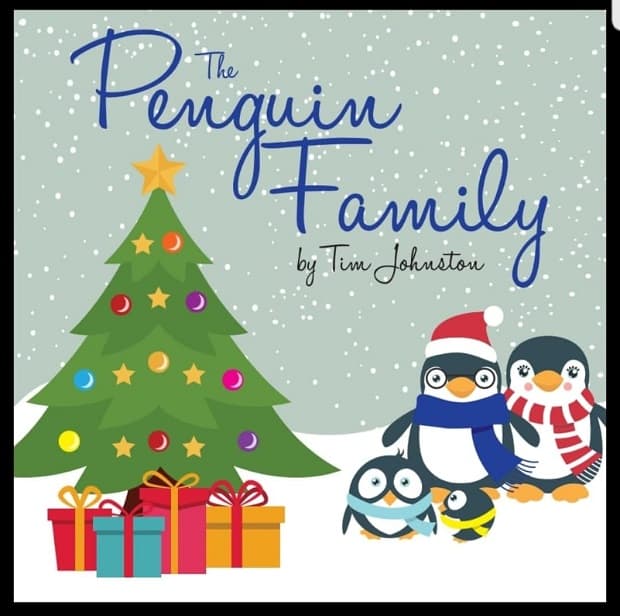 The Penguin Family, inspired by Louis’s fascination with the birds following a trip to Wingham Wildlife Park, tells the story of Little Penguin helping Brother Penguin with tasks like brushing his hair and tying his shoelaces and how that results in a kind act from Brother penguin to his sibling.

All profits from the book, which is on sale at venues including The Mad Hatter tearooms, Curious Cupcake, Proper Coffee, Hooked on Books, Little Bit and the joke shop in Margate as well as online, will go to the school with Tim only taking production costs from it.

The Penguin Family costs £7 from local outlets or £9.99 (delivery costs included) via paypal at  https://www.paypal.me/timjohnston88/9.99