A wrestling-inspired poetry slam night will take place in Margate.

After two sold-out shows at Margate Bookie, the poetry slam night is gearing up to take its show on the road – but not before settling unfinished business.

On February 13, the competitive poetry event -which presents winners with a ‘belt’- will be running for the first time at Elsewhere, Margate’s live music venue and record shop, in The Centre.

Reigning champion Harry Baker captured the belt at the first Bookie Slam, headlined by Salena Godden, in May of last year but was unable to defend his title at Bookie Slam 2 due to touring commitments. 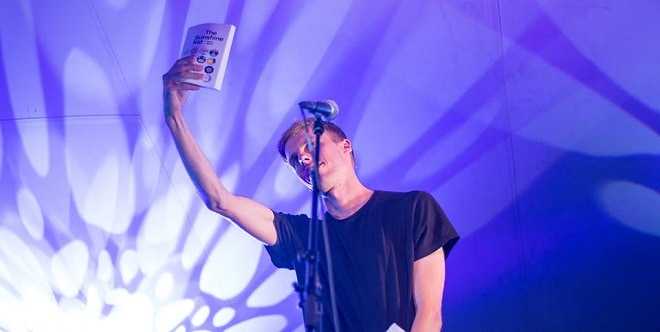 But Harry, the youngest ever World Poetry Slam Champion, is back and will represent Margate against UK Slam semi-finalist and Essex-based poet, Sadie Davidson. Sadie earned her shot after winning The Bookie Slam 2, headlined by Dean Atta, in September.

She said: “ The past year has been astonishing for me – winning the Word Makers & Silence Breakers slam, supporting Hollie McNish and winning The Bookie Slam, and my shot against Harry.

“I’ve been a fan of Harry for some time but that definitely doesn’t mean I’m taking it easy. Life is a beautiful game and I’m playing to win.”

As well as the main event battle, 11 poets will compete to be crowned the next number one contender. Contenders will have three minutes to deliver a poem before being judged on a ten point scale by three randomly selected audience members.

He said: “We’re kicking of 2019 in a big way. Straight after this slam, we’re over to Faversham as part of the Faversham Literary Festival, and there are plans coming together to defend the belt in Canterbury soon after.”

The poetry slam championships are at Elsewhere on February 13 starts at 7.30pm.