East Kent Mencap, has finally completed the purchase of Foresters Hall in Ramsgate after Thanet District Council agreed to sell the property through a Community Asset Transfer.

Foresters Hall, which includes a listed building from 1811, as well as other properties, will provide the charity with much needed space to expand its services for people with a learning disability and their families.

Charity CEO, Jason Gerlack said: “The charity has experienced a growing demand for its services and we were bursting at the seams in our current offices. The new site offers so much potential and we plan to develop a venue that is modern and light, offering state of art resources for people with a learning disability, their families and carers as well as volunteers and staff, and the local community. 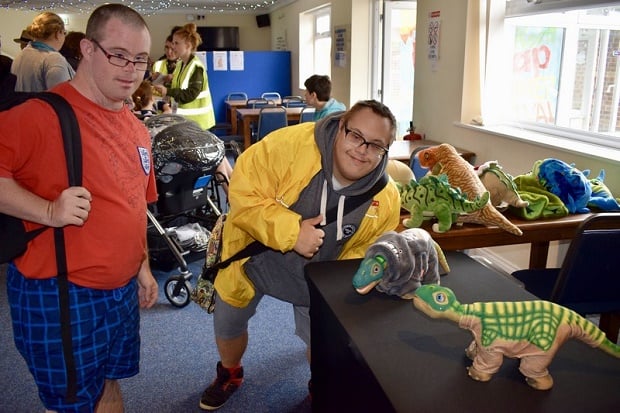 “Foresters Hall has been a community venue for over 200 years but it has been neglected in recent years and now looks shabby and unwelcoming. We want to bring it back to its former glory through a programme of refurbishment.

“It will not be a quick fix and we are approaching people and organisations to ask for their help with the restoration. The initial response has been very positive, and we are already in talks with Ramsgate Heritage Action Zone Team about involving the local community.”

Thanet council agreed to the sell-off in November 2017 saying it had to be disposed of because it was falling into disrepair and needed at least £455,145 spent to bring it back to a reasonable condition.

East Kent Mencap provides services including  supporting people with learning difficulties to live within the community and become as independent as possible, helping to develop life skills, providing social groups and activities and helping with carers support. It worked from the hall and from Northdown Road, Cliftonville.

The group, although affiliated with the national Mencap organisation, is independently financed.

Melanie and Sarah, who take part in activities, said they were excited to have more space for activities and to display their arts and crafts. Another member, Jamie, said there would now be room for parties and discos.

Mayor of Ramsgate, Councillor Trevor Shonk, who is a great supporter of the charity, added: “This is a much needed service and all at East Kent Mencap should be really proud on achieving the purchase of Foresters Hall which will be a great asset to the local area.”

Over the next 12 months, the charity will be running a series of community events and activities, based at Foresters Hall to raise funds for the project and invite feedback.