Migrants are risking drowning in small boats in the English Channel, a few miles away from us, desperate to get asylum here and prepared to put their lives and all their life savings in tiny boats run by crooks. Some people in Kent feel we should be kind to them and it’s a mark of civilisation to welcome them and look after them.

Over 100 of us, distressed by what we’d seen on TV of freezing people arriving on our coast, held a vigil in Ramsgate last Sunday to show how we felt. It was organised by Kent Anti-Racism Network (KARN) and people came from all over the county to represent their communities and show they care about refugees.

Not everyone agreed with us. Two and a half fascists also turned up to shout a bit of opposition. The half was a little guy who started to change his mind after a particularly persuasive KARN member talked to him. He even followed her into the pub to say how much he admired her…..

I was particularly anxious to be there because I’d overheard a conversation on the bus the day before: “More landed this morning and they were taken straight to hospital. All young men so there can’t be anything wrong with them. And I can’t get an appointment to see my GP.” “Disgraceful”, said the friend, “That’s why the health service is in trouble.”

As someone who’s taken my old bones to stand in the cold on endless demonstrations and marches to save the NHS I know that refugees are not why the NHS is in trouble. 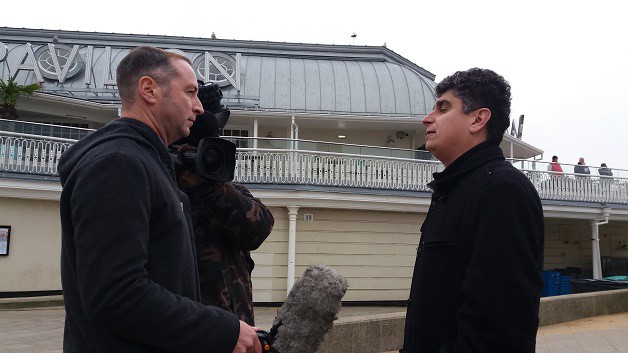 My own refugee, my friend Aram, who came in the back of a lorry from Iraq 20 years ago, only burdened the NHS once in his life when he was run over by a (British) careless driver. Since then, he has become a volunteer with St John’s Ambulance and has patched up and taken to hospital a lot of sick or wounded Thanet folk, and saved two lives

He works hard and pays his taxes.

I know he’s not necessarily typical, but if you let people die in the Channel because they might burden our health service, let’s think about the real burdens on the NHS. It’s people like me! Old, disabled, with increasing needs as we get more decrepit. I’m now seeing two physios and might have to have yet another new hip joint. 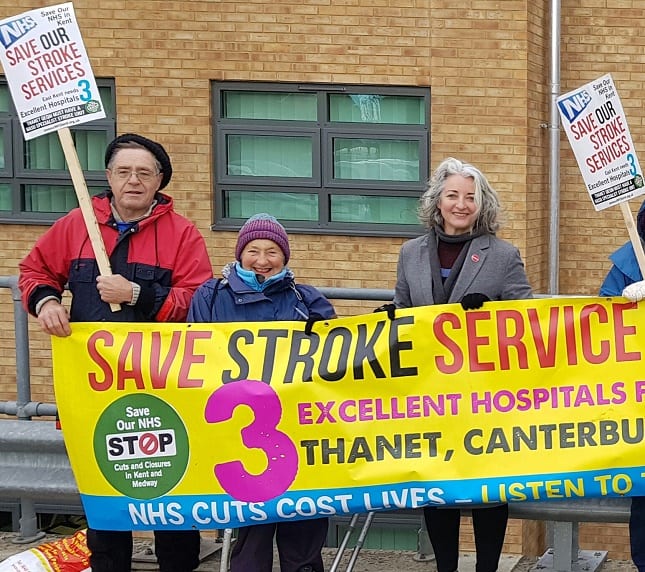 We are fighting to save our health services in Kent from horrendous cuts and creeping privatisation. We may lose our stroke unit soon and maternity and A&E are also under threat. But if you want to lay blame, please don’t attack the few refugees tackling our wintry waters. Blame government cuts, or me!

What I’d like to say to the bigot on the bus is: Those young men may finish up looking after you and you may be a burden on the NHS long before they are!