The prospect of employment, training and regeneration and fears of crashing house prices, health issues and continuous night flights were just some of the subjects raised at an open hearing yesterday (January 10) into the Manston airport land buy-out bid.

The hearing into the Development Consent Order application by firm RiverOak Strategic Partners (RSP)  was one of several sessions held at Margate Winter Gardens this week.

RSP has made the application in a bid to gain compulsory buy-out powers over the Manston airport site. The firm says it wants to revive aviation at the site with a cargo hub and associated business.

The DCO seeks development consent and compulsory buy-out powers over the land. It is the means of obtaining permission for developments categorised as Nationally Significant Infrastructure Projects (NSIP).

The Manston airport site is owned by Stone Hill Park which has lodged an application to develop housing, leisure and business on the land. 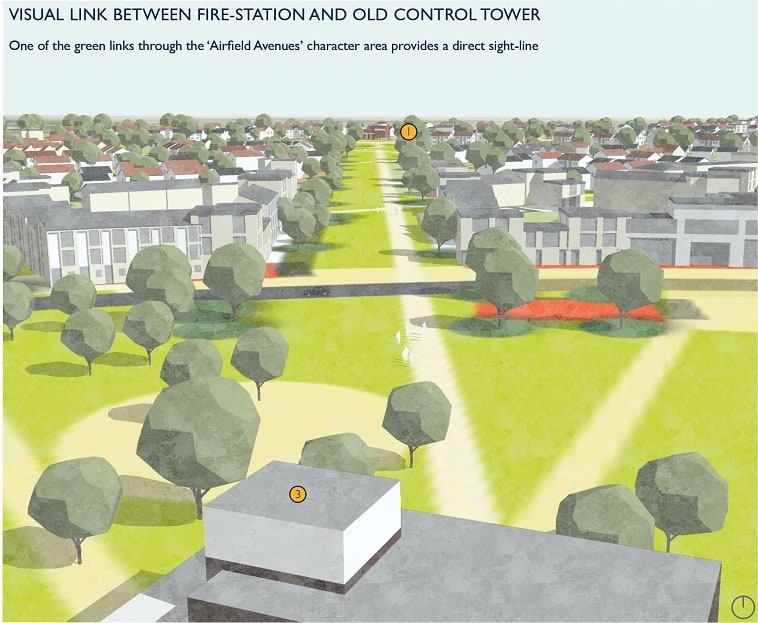 The DCO application was accepted for the pre-examination stage by the Planning Inspectorate in August. More than 2,000 representations were then made by residents, businesses and organisations.

The examination process, which includes hearings and site visits, will run between now and the completion date in July.

Teacher of 34 years David Stevens told the hearing that he backed the DCO because of benefits it could bring to education and employment.

He said: “With the job number projected a lot of people will need to acquire skills and qualifications and will need appropriate training and educational opportunities. Schools, colleges and universities will need to provide appropriate courses;

“In schools it is sometimes hard to motivate pupils, they need to see a career path, that’s something we want to get across.”

He said a working Manston airport could help motivate and raise aspirations and increase the uptake in science, technology, engineering and maths.

Sue Girdler, of TG Aviation which was forced to moved to Lydd following the airport closure, spoke of the needs of the aviation sector and the hope of Manston providing extra capacity and the return of emergency facilities.

Sir Roger said Manston would be essential for post Brexit trade with countries such as China, India, New Zealand and Africa.

He said isle MPs and councillors were voted for by many on the promise of a revived Manston, adding: “I speak for the overwhelming majority of people I represent.”

He added that he understood people’s environmental concerns but felt they had been adequately addressed and that it is in the ‘national and local interest’ to reopen the airport.

The sentiment was echoed by councillors Sam Bambridge and Ash Ashbee, who also both highlighted the wartime history of the site and the possible benefits to tourism.

There were also impassioned speeches by those opposed to the DCO with many demanding more information about the number of flights which have been projected at both 17,000 movements and 83,000.

Ramsgate resident Christabel Bradley said: “83,000 atms is a flight every ten minutes day and night and that’s where my concern lies.”

Mrs Bradley said it would have a ‘devastating’ effect on her business as a writer and journalist and also told the hearing that insurance companies would not insure any houses under the flight path in Ramsgate if a cargo airport was in operation and that would make the properties unsalable. 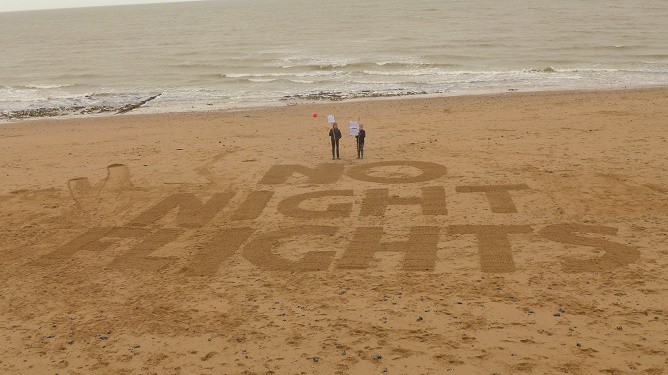 Janet Davies, of MotorHouse, questioned a lack of major accident planning and the limited capacity of QEQM to deal with a large-scale incident.

Town councillor Susan Kennedy, also of No Night Flights, was among those who raised concerns over the impact on health caused by noise and pollution from cargo craft.

She told the hearing that the DCO was not for the return of a small regional airport at Manston, adding: “We are talking about a 24/7 cargo hub which is qualitatively and quantitatively different (to past operations),”

She also added: “The impact on children’s education cannot be underestimated.”

Retired mariner Ron Blay was also concerned about the health impacts of particle pollutants and sleep deprivation due to the noise of night flights.

He said: “The two MPs were selected by the people for the people but there is a complete disregard for the 40-50,000 residents whose quality of life will be badly affected. It is a dereliction of duty.”

He added that pollutants caused conditions such as stroke, hypertension and dementia.

This was echoed by resident Kim Edgington who said the noise would affect both physical and mental health causing stress and respiratory diseases.

On the question of flight numbers  RSP Lead Counsel, Isabella Tafur said 83,000 was the ‘theoretical maximum capability.’ She said 17,170 air traffic movements of cargo per annum was the “worst case scenario.” She also denied RiverOak Strategic Partners had a ‘plan b’ for house building saying they were “committed to establishing and running a successful airport.”

A full examination timetable will be issued after the first deadline of January 18.

The timetable consists of a series of deadlines for the submission of material requested by the examination panel.

A site inspection is pencilled in for March 19 and further hearings, if necessary, are earmarked for June. The examination process will be completed by July 9.

It is thought the examination report and recommendation will be submitted to the Secretary of State by November with a decision likely to be announced in January 2020.