Beckenham were unbeaten prior to this match and led London League 2 South East by 12 points. Wanderers in ninth place had lost the reverse fixture 42-0 on a rainy September afternoon but had shown enough improvement since to be confident of improving on that result.

Kamil Wiecaszek at tight-head, Dan Hill in the centre and winger Reece Hougham returned to the starting XV after injury for Wanderers.

Thanet kicked off down the slope and were straight into their stride. An early penalty took them close to the line but they were held up. Beckenham looked to play their way out of their 22 and were penalised for not releasing after a tackle. Sam Rolfe’s penalty attempt from wide left and 24 metres out struck the post and was scrambled away but the home side had had the better of the early exchanges. 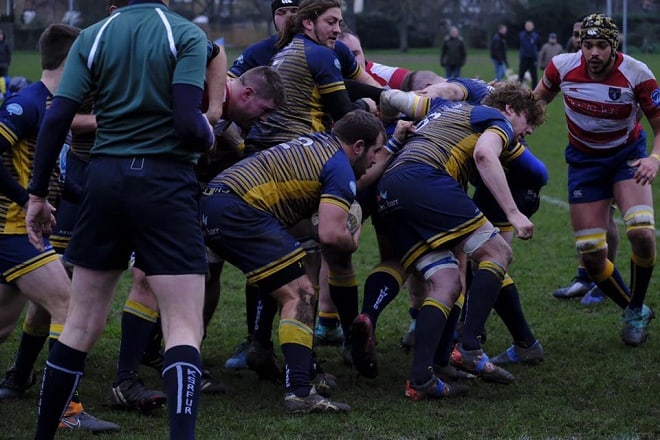 Two penalties to the visitors set them in Wanderers 22 and a well executed maul from the line-out led to a try. Minutes later a second try of equal clinical simplicity saw Wanderers defence drawn in, in midfield, leaving the right flank exposed. Neither try was converted and Beckenham led 10-0 after twenty minutes

Wanderers continued play at a pace that unsettled the visitors and tested their stamina. Nick Herbert was on fire and his scything break took Thanet deep into Beckenham territory before Hougham took over. When he was stopped the ball was worked left and as the ball went loose from a tackle Charlie Knight was alert to pounce and finish well. Rolfe’s conversion brought Thanet back into the game at 10-7. The ding dong battle continued in the closing minutes of the half. Wanderers pinched a line-out with Tom Walton’s kick gaining valuable ground and withstood a sustained onslaught before the half-time whistle blew with no change to the score. 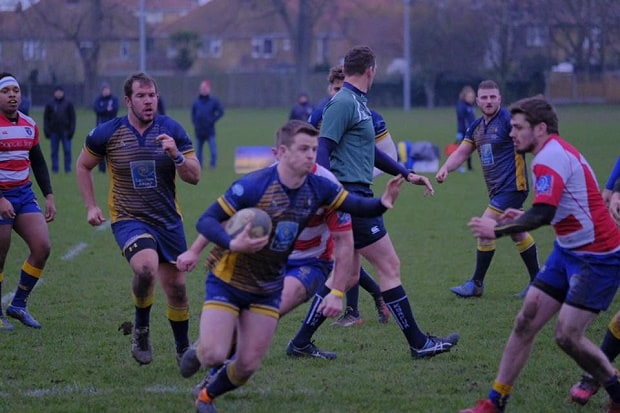 Wanderers started the second half well with a typical Stuart Plumridge break setting the tone.  Neil Wakefield’s throwing at the line-out was immaculate defying the gusty breeze to regularly hit his man at the rear of the line-out. With half an hour remaining Sam Taylor and George Orton were unleashed from the bench to replace Arkadiusz Janeczko and Danny Clement who had put in quality shifts. No 8 Andy Letts who is talismanic in the Thanet pack moved to the front row. Plumridge and  fellow centre Hill both hit hard in midfield as the visitors built an attack.

Adam Gaddes led the goal line defence with Brett Scott outstanding but around the hour mark Beckenham scored their third try through their left winger to make it 15-7. This was extended to 22-7 seven minutes later when the expected whistle didn’t blow during its build up. Plumridge now withdrew to be replaced by Peter Macaulay whose nicely timed pass minutes later released Herbert who threaded his way through the Beckenham defence for a brilliant individual try. Rolfe added the extras for 22-14. 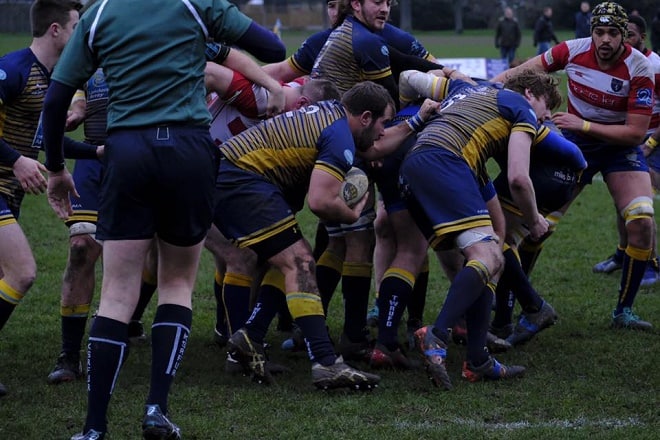 Beckenham’s outside centre quickly retaliated with their fifth try but Thanet were soon back at the other end. The pack sealed a good day against the visitors powerful forwards as a driving maul surged forward over the line and Dave Lemon capped another fine performance with his second try of the season. The drop kicked conversion attempt was wide but Wanderers were in no mood to leave with nothing and powered back to the visitors 22 where an infringement at the breakdown gave Rolfe the opportunity, with the final kick of the match, for three points which he gratefully accepted to give Wanderers the consolation of a losing bonus point in the 27-22 defeat.

Head Coach Mike Pond was full of praise for his Thanet side whose dogged refusal to submit in the face of the promotion favourites should serve them in good stead for the tough games ahead. The first of these is next Saturday 12th January on the 4G pitch at third placed Horsham where kick off is at 2pm. 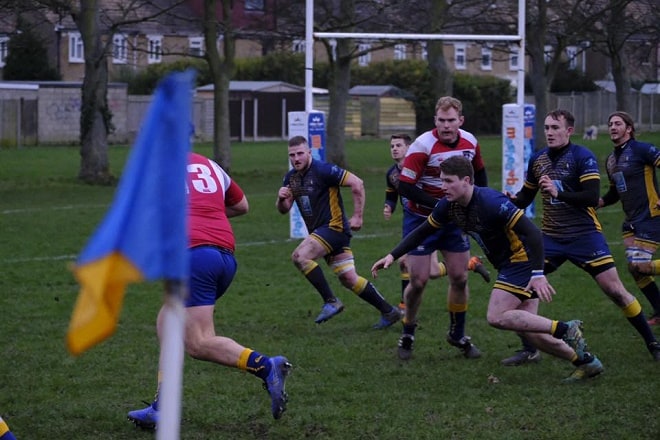 This was an outstanding team performance. Thanet’s pack was superb with Wiecaszek and Letts returning to show their importance to the side. The three-quarters were led in a fine performance by No 10 Nick Herbert and he was unquestionably Wanderers Man of the match winning the Malachy Egan award. 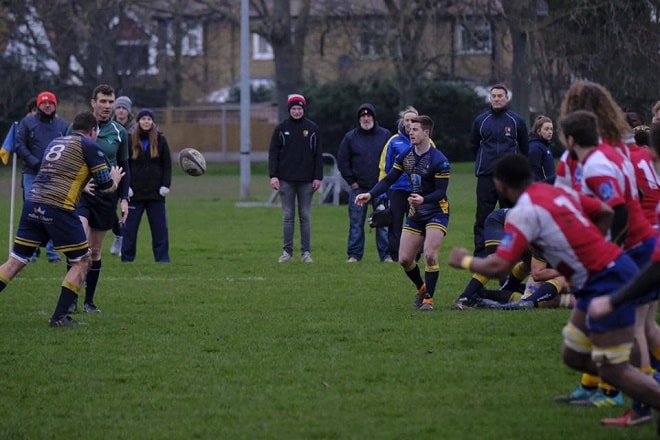 The Beckenham player who sustained a nasty injury towards the end of the match received excellent treatment from both his own and Wanderers top Physio Monique Boorman before transferring to QEQM hospital where again received first class treatment before retuning home. We wish him well for a speedy recovery.