Matthew and Melissa have gone head to head a few times this year and now they are tackling the issue of Christmas. This time they don’t seem to be that far apart- family appears to be the central theme for both and, in fact, for most of us. 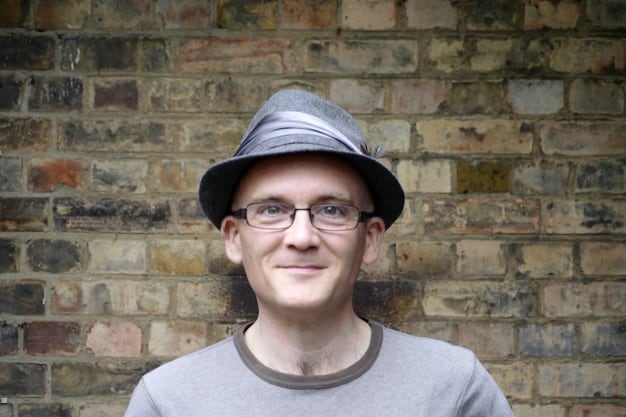 How many of you are ready for Christmas? How much food will you stock up with beforehand, to cover for the 24 hours where all the shops are shut? Do you find yourselves not feeling “Christmassy” until 11.57pm on Christmas Eve year after year?

I’ll bet at least some of you do, because so many people say the same – and say it every year to the extent that it becomes white noise. We seem surprised and caught off guard that this event – which has been fixed in the calendar ever since there was a calendar – is sneaking up behind us like a cunning fox.

The pressure for Christmas to be a perfect time of year peaked sometime in the late 20th century, and every year the pressure cooker grows just that little bit hotter. Advice columns discuss family relationships and dynamics between people who are forced to spend the festive period together – and I find myself wondering why people do that to themselves, shoe-horning their lives into a square box for a few days every mid-winter in order to fulfil some odd obligation.

I’m particularly confused because I actually like my family, and I choose to spend time with them because they’re rather pleasant to be around. Why do we allow expectations to be ratcheted so high that people feel obligated in spending time with people they don’t like just because it’s Christmas? How terribly sad for them.

Christmas has become a depressing parody of what it could be; a time for loved ones to get together and celebrate … well, whatever they choose to celebrate. It’s certainly become more and more secular; the original concept of the winter festival was a pagan one, but Christianity certainly has a right to celebrate something at the same time. But we also hear regular apoplexy that there’s a “war on Christmas” – the current American president seems to think there is, albeit without much evidence. Not that a lack of evidence has bothered him too much in the past … but let me slip delicately back on topic.

There’s no war on Christmas; it’s just that we’re confused about what message we want from the season. Peace, love, goodwill – all excellent ideals, whether you’re religious or not. There seems to be a terror that we’ll lose our identity as a society if some people celebrate the season in a different way; old traditions often die hard, and I can respect that, but just because festive traditions change doesn’t mean that the tenets of peace and calm – and hopefully spending time with those you love (and if you’re not, what the hell are you doing?) – don’t apply just as equally.

Christmas changes with every generation; some people call it that, others like to hark back to earlier pagan traditions, others just celebrate quietly and without all the madness and consumerism that comes with the modern version of the season. I’m going to be a dad next year, and what do I want to teach my son? That commercialism is king, or that community and friendship and love is best, even if that means we’re not traditional? Will I get called a grinch if I choose not to partake in the commercial mediocrity of the season, even if my family’s Christmas is spent with people we love and cherish in quiet solidarity with each other? I hope not, because traditions change, and I can’t wait to introduce a new generation to the joy of family and winter fun! 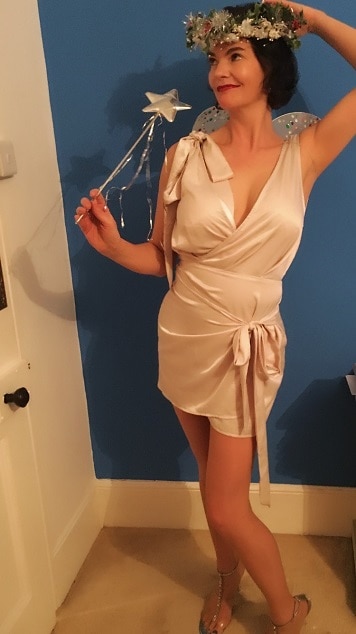 I’m playing the Christmas fairy in panto this year. You’ll see me open the show with a magical flourish and these words:

…and so forth, pages of it, until mercifully the villain arrives to scare and shoo me away.

Now, a few years back that cheery sort of sentiment would have chafed angrily against my tiny dark heart. Christmas, pah. More work and expense and cellulite. A whole month devoted to their accumulation, in fact, just when the days are colder and darker; oh thanks so much, cynical, capitalist, atheist-save-where-there’s-a-sniff-of-profit, universe. All I want for Christmas is to skip Christmas and get straight to the cleansing, sober deprivations that January heralds, when everyone’s as miserable as me.

But last year I married this incorrigible Christmas lover. The enthusiasm with which Mr Todd approaches life all year round astounds me – he marvels at puddles, he frolics with squirrels – but at Christmas his excitement  is so great I genuinely fear for his health. There must be board games, family outings, Church services, crackers, advent calendars, roaring log fires, felt antlers, mistletoe, pints of rum punch and stilton for breakfast; Christmas stories, Christmas shows, Christmas cards for each of his 12000 odd friends, each personalised with a drawing, poem and inspirational message.

I could either let it send me crazy, or embrace it.

And so, devoted wife that I am, Christmas is duly, wholeheartedly embraced. With barely a mutter I accede to his every seasonal whim, sprinkling jollity and glitter as I go, as a good fairy should, because I adore him and want him to have the Christmas he deserves. Teenage son is thrilled by the new regime, and actually, much to my bafflement, I find I’m having a splendid time myself.

I’ve discovered the great secret of happiness, which I shall pass on to you,  as a genuine, no strings attached, no receipt necessary, Christmas gift. To be happy, you must make someone else happy. To live for yourself, you must live for another. I’m not the first to realise that; in fact I’m pretty slow on the uptake. But this incontrovertible truth strikes me forcibly as I sit through Carols by Candlelight, warbling We Three Kings for the fifteenth time that week, this time not even for money. (That’s not even an exaggeration. Fifteen times. All of the verses. My throat couldn’t hate me more if I gargled razors). Husband and fine new sister in law are having a blast, and I feel part of something awesome.

Think about the kind of friend, wife, brother, daughter, whatever, you’d like to be this Christmas, to maximise someone else’s joy.

You’ll have that happy Christmas we’re forever, unthinkingly, wishing each other, and it doesn’t even cost you.

Merry Christmas from all at The Isle of Thanet News