Demolition work at Hartsdown Academy is back on track after a delay caused by the discovery of crested newts.

Work was due to begin in August but had to be delayed due to the protected newts in the pond by the school’s Bronte block. 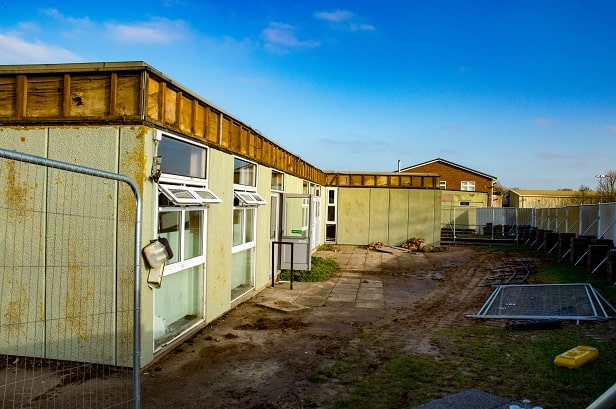 The process finally began in September as old structures were brought down to make way for a new £10million build.

The school plans to knock down five of its teaching blocks and create the new school building and sports hall extension.

The first phase is the demolition of the dining, library and humanities blocks. This will be the site of the main build of a new two storey and part three store teaching block.

The new site will have art rooms on the upper floors to obtain natural daylight, engineering spaces on the ground floor  and food technology adjacent to the dining hall.

The first floor of the teaching block will accommodate the majority of standard classrooms such as ICT and graphics.

The new build is expected to be completed by January/February 2020.

The second phase will be demolition of the music block and one storey buildings at the rear to create a Sports Hall block with new changing rooms, an activity studio, music rooms and a classroom providing additional teaching support.

This part of the scheme is expected to take around 6 months and  should be completed by September 2020.

A bid for funding for the third phase is already in and will hopefully be confirmed and completed. 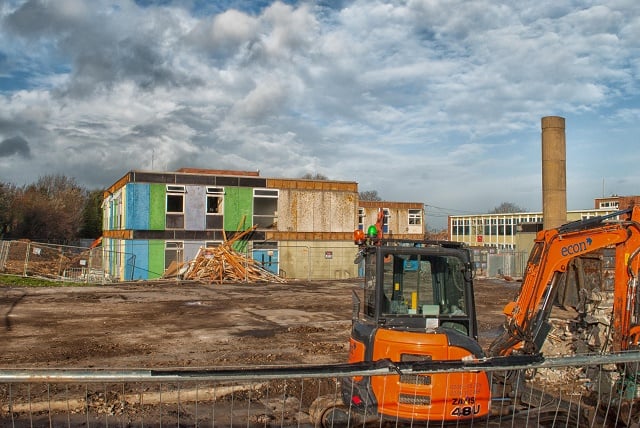 Head teacher Matthew Tate said: “After a short delay due to protected newts, the demolition work is going full steam ahead. The old humanities block is almost fully demolished and work has started on the canteen block. Currently the program is on track.” 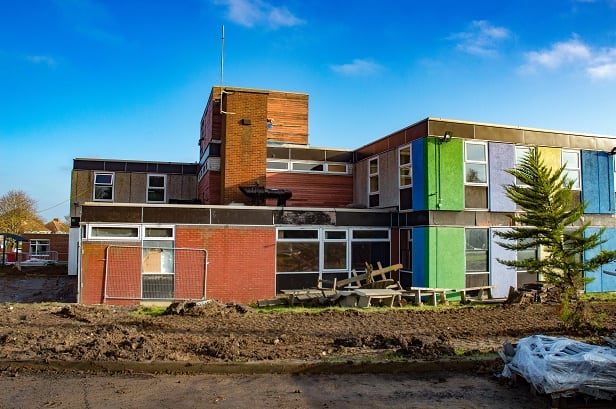 Mr Tate added: “Students and staff are really excited to see the rapid progress of the demolition and are looking forward to the new build which will be opening in spring 2020.”