Upton Junior School’s young athletes will fly the flag for Thanet in the Kent finals next year.

The Year 5 and Year 6 team successfully defended their titles at the annual Thanet Sporthall Athletics Championships at the Ursuline College in Westgate.

Run by Thanet Athletics Club, the competition is the indoor version of athletics, with teams competing in running, jumping and throwing events across three hours.

With three trophies to compete for – girls, boys and the overall title – a high standard of athletics was on show from all the schools involved.

Upton were pushed all the way by long term rival St Saviour’s from Westgate and running heats were seeded so that the two schools never competed directly against each other which added to the tension when the results were read out. 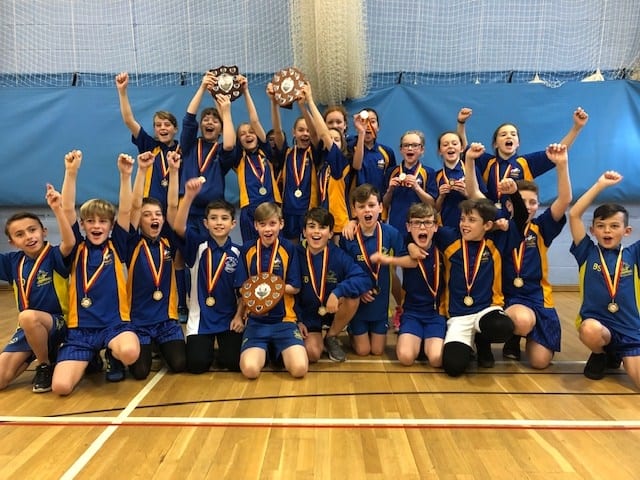 After a fantastic competition Upton won the girls competition, the boys’ competition and retained the overall trophy. They will now fly the flag for Thanet Schools at the Kent Athletics Finals in 2019.

Deputy Head of School Dave Walker is Head of Sport at Upton, Broadstairs. He is delighted with the result.

He said: “We run a very popular athletics club at the school each week and this helps the children’s technical skills.

“I would like to thank Darren Hatton and all the Thanet Athletics Club volunteers who give up their time to run the event which is a fantastic showcase for the area’s girls and boys.

“It is a great achievement for Upton to win the event again and we hope to do the district proud at the Kent finals in 2019.”