A real buzz of anticipation greeted finalists of the first ever Spelling Bee competition at Upton Junior School in Broadstairs.

Class heats had whittled down a large entry to the competitors who took part in a knock out spelling competition in front of around 520 pupils, parents and staff.

The contestants took centre stage in the packed main hall as Head of Core Curriculum Gemma Scarr, who co-ordinated the contest, put pupils from Years 3 to 6 through their paces.

And despite the tension of the moment, the young wordsmiths rattled their way through a lexicon of tricky words that are much easier to write than they are to recall under time pressure in front of a large, expectant and excited audience. 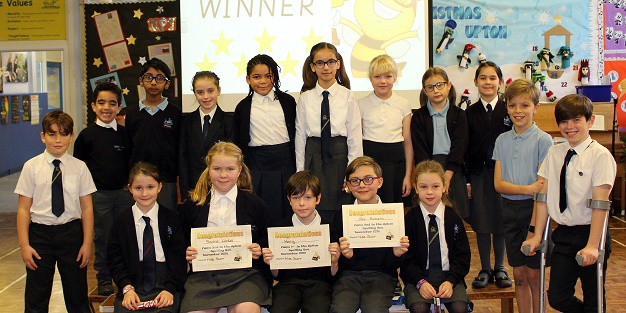 As the words flowed – such as communicate, disastrous, harass, desperate, recognise, accommodate – so the contestant numbers dwindled until it was left to Sophie, Rex and Harry to battle it out for the top positions.

In the end to a loud cheer Harry triumphed, with Rex second and Sophie third. Each received a special certificate and gift voucher. 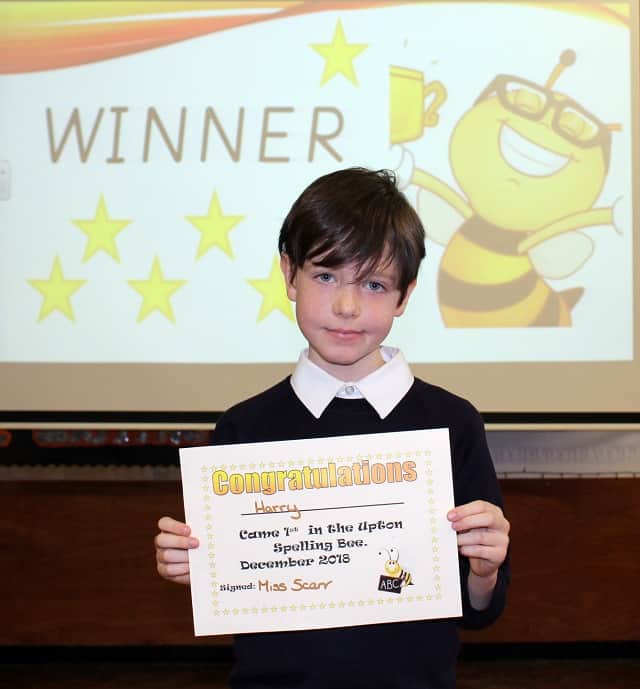 Harry was pleased to be Upton’s first Spelling Bee champ but he added: “It was pretty nerve-wracking.”

Deputy Head of School Dave Walker praised the efforts of the competitors. He said: “These are the best spellers in our school and they all performed marvellously.”

Miss Scarr added: “It is really tough being put on the spot with everyone watching as you try and formulate tricky words in your head.

“The standard of literacy at Upton is very high and our first Spelling Bee generated a huge amount of interest and excitement. It was a great success, and there will be another competition in the New Year so that those pupils who didn’t make it to the final this time will get another opportunity.”