A festival that started in Margate six years ago looks set to become a global hit in 2019.

In 2009 international design studio HKD moved from London to Margate. Studio director Kate Kneale quickly became interested in the potential to bring about change by creating a cluster of new local jobs in the digital sector. She worked with her gamer son Tom and a team of helpers and supporters to launch GEEK festival in February 2012.

Since the first event at the Winter Gardens, GEEK has organised an annual festival, which for the last three years was held at Dreamland. They have commissioned more than a dozen Thanet-based artists, worked with more than 500 young volunteers and entertained an audience in excess of 25,000 people. GEEK has also held events across the UK, in Singapore, and this year staged an event in China. 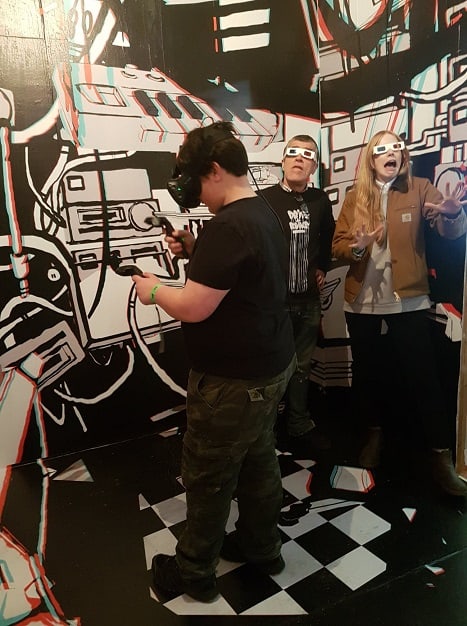 Each festival brings together three strands. It gives people a chance to ‘meet’ through talks, networking opportunities and seminars. It encourages visitors to ‘make’, with art workshops, collaborative play and the chance to test new games. And of course, it lets people play – with everything from retro video games, old arcade machines, modern tabletop games, the latest in virtual reality, and town-wide games made by artists.

In 2019, GEEK will leave its Margate home to concentrate on China, and to explore the potential of new venues across the UK.

Kate said: “While there’s still work to do here in Margate, people that came here for GEEK have settled and there is now a buzzing digital industry sector in town, backed up by new courses at local universities, there are regular gaming events too, and Dreamland have taken inspiration from GEEK for their year-round community programme.”