Although more than 100 schools across the county sent their best runners to the meeting at Detling near Maidstone, Upton had the highest number of pupils involved in the event.

The 56-strong Upton team saw Year 3 and 4 pupils covering 1.1km, with Year 5 and 6 pupils stepping up to 2.2Km. Each race featured around 200 high-class runners. 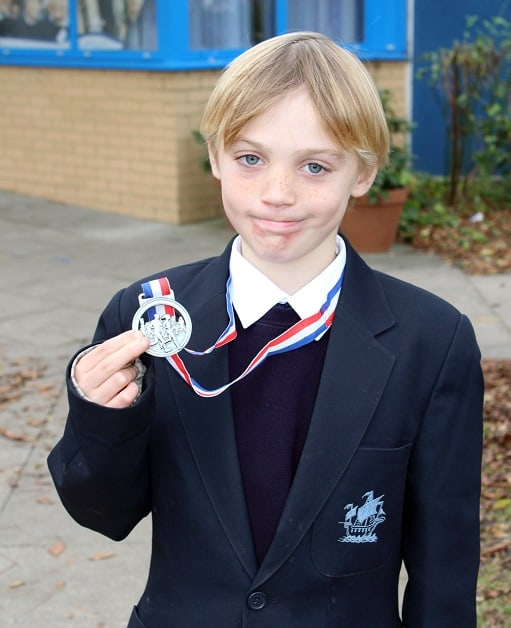 High placings went to Ethan Harding, Ivy Haggerty and Leottie Gabriel in Year 6, finishing in 6th, 12th and 14th respectively; and Rosie Pope in Year 5, who finished in 16th.

Highlights of the day though came from Bailee Harding – one of three Harding boys running in races for Upton across the day – who finished in second place just behind the eventual winner; and from the Year 5 boys team of Luke Foster, Max Spurgin and Oscar Wilson, who finished in 10th, 18th and 20th and whose results were enough to elevate them onto the team podium.

Upton has an impressive record in track events over many years and Deputy Head of School Dave Walker was keen to praise the effort and enthusiasm of the latest cross country team. 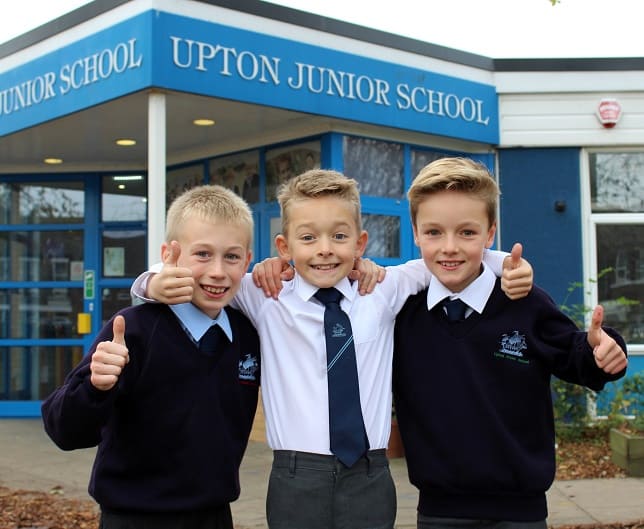 He said: “With so many schools taking part, the standard was bound to be extremely high and competition was understandably tough.

“I was very impressed with the way our runners adapted to the challenge and each of them performed very well.

“They were excellent ambassadors for the school and Upton maintains its tradition of encouraging and helping develop pupils in a wide range of sports.”