Scores of people are brought together every week at a community kitchen in Ramsgate for those who are homeless, drug or alcohol addicted or isolated.

The St George’s Community Meal project at St George’s Church hall runs throughout the year -shutting for just three weeks – and has just been awarded another six months funding through the diocese.

Every Tuesday people who may struggle day to day, suffer mental health or addiction problems, are homeless or isolated and socially excluded, gather together to share a meal and some company.

Community Meal manager Nigel Clarke says the kitchen is ‘a little gem that does not get seen’ but provides community and relationships for hundreds of people.

He said: “This last year we have had almost 300 different individuals come through the doors. 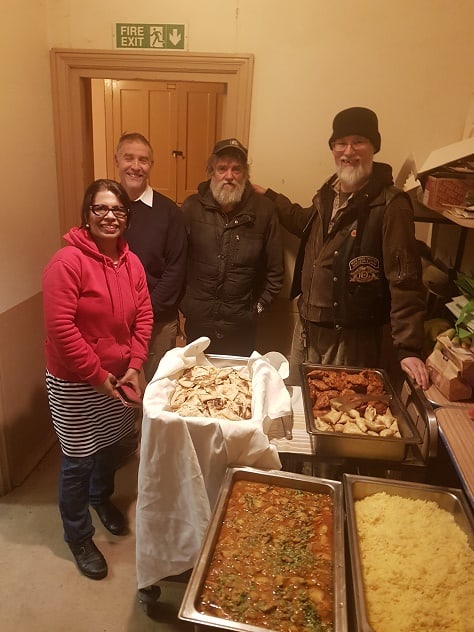 “Over the three years we have been running we have a real sense of community which has started to build. We have a fantastic team of volunteers from many churches across the island all coming together for one focus – to develop community. Relationships are at the heart of everything we do.”

Worryingly Nigel says he has witnessed a huge spike in the number of people coming to the meals who are homeless due to problems with Universal Credit benefit and a downturn in the economy.

He said: “The last three months there has been a massive upturn in the number of homeless people and those sofa surfing. A lot of them are on the street for the first time. This is due to Universal Credit and a downturn in the local economy. This is hitting small businesses and people are losing their jobs.

“We are all three pay packets away from being on the street and this is something I am seeing.”

The St George’s volunteers work with a variety of organisations and churches to help people outside of the community meal too.

Nigel said: “The rest of he week is spent picking people up and taking them to the Gateway, getting them interviews with Porchlight or Rise, taking them to Gap (Broadstairs)  or the Cliftonville Community Centre, just linking with all the services.”

The team has also recently created a sheet which gives people information of where they can get hot meals, drinks, wash their clothes, use shower facilities and get clean clothes.

But funding is always a worry. Nigel said: “We are diocese-funding and have just got funding for another six months, it’s literally hand to mouth.” 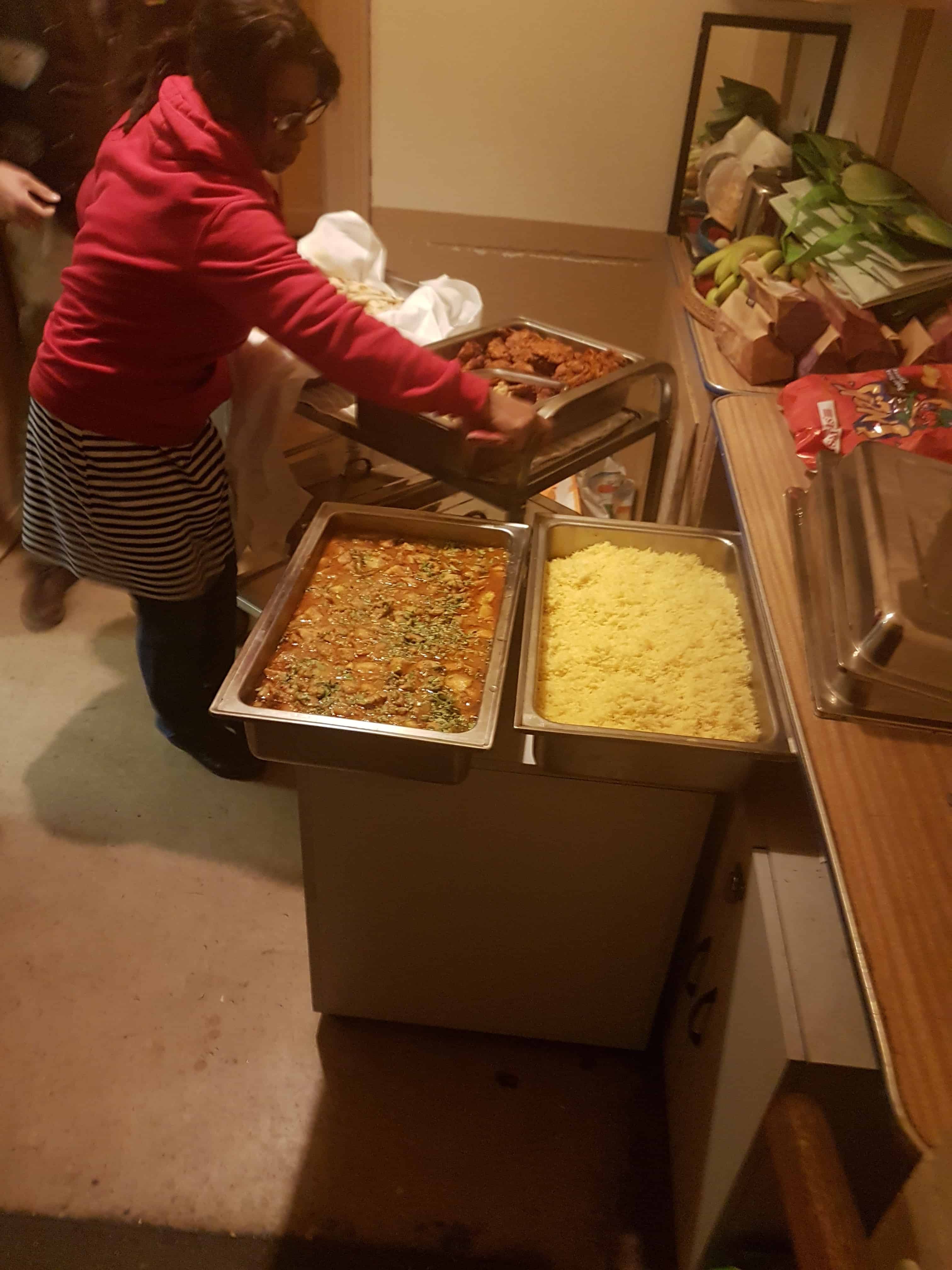 Raushan has also worked with the Thanet Winter Shelter scheme – which opened yesterday and runs until the end of March providing meals, beds and help for those who are rough sleeping – since it began in 2016.

She said: “I have supplied the food and did the same last year. I have been involved with the winter shelter for two years and most nights I give meals to a group who are sleeping rough in Harbour Street.”

Previously the community kitchen has run in tandem with the shelter but due to demand the two schemes are running separately this year.

The St George’s Community Meal runs from 5.30pm every Tuesday.