Thanet council says the Port of Ramsgate could have the potential to provide enough sailings to divert 3,360 lorry movements per day from the planned Operation Brock queuing system on the M20 and M26 to support ‘post-Brexit resilience.’

A spokesman said that a review of the port’s capability had been carried out and, with a £26million investment, Ramsgate has the potential for up to 24 sailings a day.

The move is being suggested as a strategy for reducing pressure at Dover if France introduces immediate checks on trucks crossing the Strait of Dover as a result of a no deal Brexit.

The confirmation comes following reports that the Government is looking at £200million expansion plans for Ramsgate to combat the Dover ‘bottleneck’ and potentially boost trade with Belgium due to possible routes to Ostend and Rotterdam.

The council spokesman said the authority is aware of the Government’s ‘contingency plan’ talks in regards to the port “with other parties,” and said details of the port’s potential had been shared.

TDC suggests a Ramsgate ferry route could be particularly beneficial for time sensitive cargo such as chilled foods.

A spokesman said: “Thanet District Council has been working on re-establishing ferry services at the Port of Ramsgate and is currently in discussions with a potential operator, Seaborne Freight to establish a freight operation from Ramsgate to Ostend.

“The council has been keen to re-establish a ferry service since before the vote to leave the EU. We recognise that Ramsgate could play a role in supporting post-Brexit resilience by offering an alternative route for some cross-Channel traffic, to ensure at least some movement of goods should there be significant delays in Dover.

“As part of this the council has reviewed the capability of the Port of Ramsgate to provide capacity to support the Brexit position which, with an investment of £26 million, includes the potential for up to 24 sailings a day which would create capacity to divert 3,360 lorry movements per day from Operation Brock on the M20 and M26, significantly reducing pressure from the Port of Dover during peak traffic flows.

“This would be especially beneficial to the ‘Just in Time’ production processes and logistics for example the chilled food sector. This information has been shared with Government. The Government has not responded to the council on that basis but we are aware that the Government is having discussions with other parties regarding contingency arrangements.”

Thanet council says Ramsgate Port is one of the UK’s largest municipally-owned commercial ports and is the second closest to the continent, meaning it could play a significant part in providing additional capacity.

But the port cannot currently accommodate the larger cross-Channel ferries with just one vessel identified as being capable of using the  ro-ro facilities due to the restricted size. This is the former Dover-Calais ferry MS Nord Pas de Calais.

Despite negotiations with Seaborne Freight no deal has yet been signed. A service had been mooted to start in March but there has been no update on progress to date.

There has not been a cross-Channel operation at Ramsgate since the collapse of TransEuropa in 2013 which left Thanet council owed an unpaid debt of £3.4 million accrued by the ferry firm in port fees.. 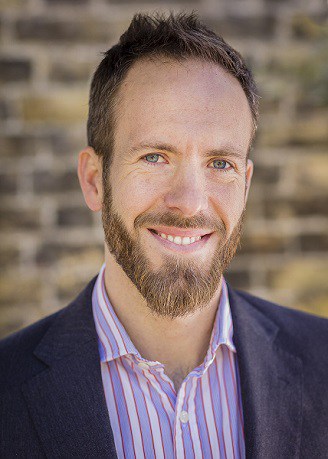 He said: “Dover’s clearly a logistical bottleneck and for the sake of diversifying risk to trade as much as anything else, reviving Ramsgate makes sense on the surface. But the idea of funnelling 3,000 lorries daily through it sounds barking mad; the roads couldn’t take it, air quality would be abysmal and bottlenecks would be horrific.

“This whole issue is emblematic of a failure of joined-up thinking. For example KCC committed years ago to delivering a rail freight action plan but has simply never done it. There is capacity on our railways to move more freight but there seems to be neither the will nor the commercial incentives in place to make this happen.

“If KCC had got ahead of the curve on this, current talks would have been a great opportunity to take a much more joined up, cleaner, greener and less destructive approach to moving freight across Kent. The council can hardly fix our roads as it is. How’s it going to fix them with what it hopes to be tens of thousands more HGVs on them weekly?”

In July Kent County Council said it was urging the Government to invest in the Port of Ramsgate and make more use of current lorry parking facilities at the Manston airport site as part of the Brexit preparations.

Last November a Government arrangement to use the site as an emergency lorry park for Operation Stack was extended for two years, allowing it to be used for Stack (now Operation Brock) until  December 31, 2019.

In January this year The Isle of Thanet News exclusively revealed the emergency lorry park designation had cost the Department for Transport more than £5.7 million since 2015. The majority of the money was for site preparations. It has never been used for emergency lorry parking.