We raised an amazing amount for Macmillan £553.75, a cause chosen after receiving devastating news about our resident magician.

Peter Corey, who amazes regulars with his mindblowing tricks, was diagnosed with terminal cancer earlier this year.

Peter is an award-winning actor, writer and magician, a youth worker, father and good friend of all those at Houdini’s.

The 72-year-old is the writer behind books including the Coping With…series and has had acting roles in numerous programmes including Hornblower, Brookside, One Foot in the Grave and London’s Burning. 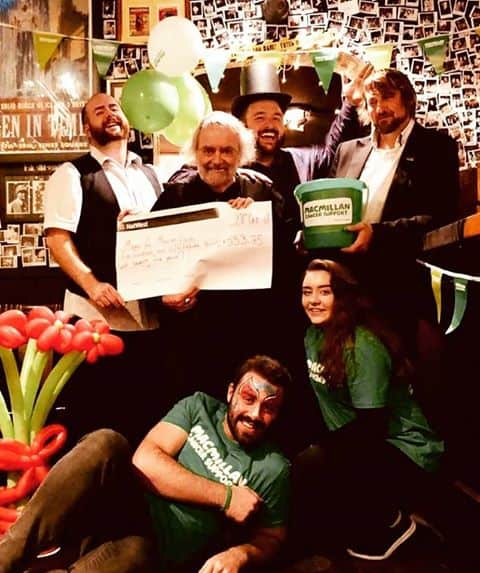 At the event Peter wowed everyone with his show, which included cracking open a walnut with something hidden inside, that had been inside an egg, that was inside a lemon!

It was an amazing day and night for our #MagicForMacmillan event. Thank you to everyone who came along, donated and who generously gave to our raffle – Sands Hotel Margate, Harvester (Broadstairs), The Yarrow hotel, Mecca Bingo, HMV, ASK Italian, Grovesnor Casino, Willow Fabrics and Broadstairs Thorntons.

A huge thank you to The Magic Bartender for putting together such a special event and to Daisy, Greg, ddmagic.co.uk and Mrs JellyBaby FacePaints for making the day fantastic, and of course to magician Peter Corey! 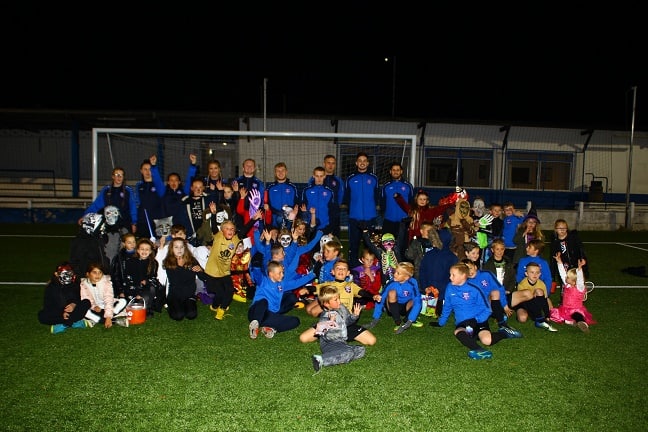 It was a very happy Halloween at Hartsdown Park as First Team players from both the men’s and women’s sides joined Margate Youth for a spot of trick or treating around the local area.

Besides this, local residents were invited to pop into the club where treats and tickets were distributed to those who made the effort to visit in full fancy dress. 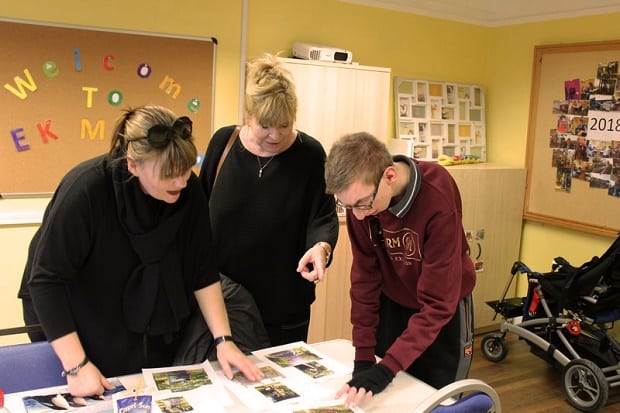 Councillor Lesley Game visited a project for young people with complex needs in Cliftonville to meet staff and young people benefitting from the newly converted facilities.

The service, run by local charity East Kent Mencap, opened earlier this year. It is fully wheelchair accessible and offers a changing space, sensory room, and activity area. Manager Ange Brown said: ‘This is a bespoke service for young people who need a higher level of support due to their disabilities. I am very proud of my staff team who have a high level of skill but also really care about the young people they are supporting.”

The councillor, who kindly made a grant towards the refurbishment, added: “I am delighted to see that my support has helped create such a warm and inviting space.  It is clear that the staff and young people have a great rapport and enjoy being in an environment which caters to their needs. It really is a unique service that gives young people with complex needs the opportunity to be as independent as possible.”

The project is currently recruiting to meet growing demand. Details of the project and current vacancies can be found at: www.eastkentmencap.co.uk/vacancies 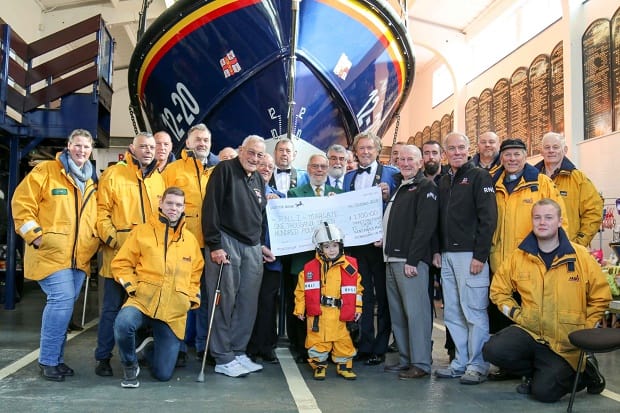 The grand three-choir concert was held at Margate’s Winter Gardens and involved members of: Thanet Male Voice Choir, Kent Police Male Voice Choir and Snowdown Colliery Male Voice Choir performing their own kind of music culminating in the choirs combining to form a massed choir of over 100 voices.

Those present experienced what was described as “a truly spectacular evening enjoyed by all”, the audience’s appreciation demonstrated by their applause and generosity. That generosity resulted in an impressive £1,700 being raised for the charity’s funds, the sum topped up by a further £397 collected in buckets on the evening by members of Margate’s RNLI lifeboat crew and fund-raising branch members. 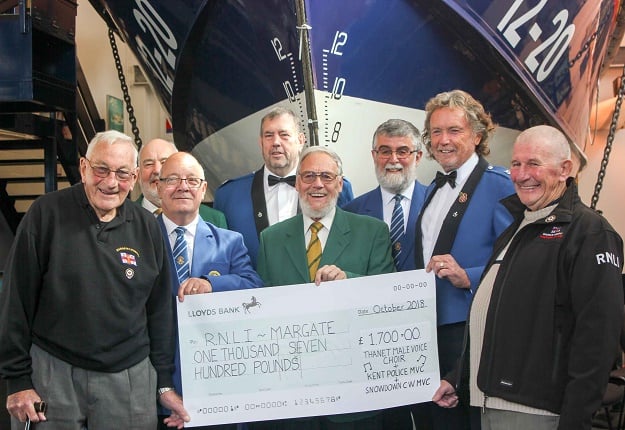 The occasion of the station’s annual Coffee and Mince Pie Morning on Sunday 28 October was chosen for representatives of the three choirs to present the cheque for £1,700 to the station’s fund-raising branch.

Paul Hodson, Lifeboat Operations Manager, Margate Lifeboat Station, said: “The concert was an entertaining and enjoyable evening from three very talented choirs with the added bonus of raising an incredible amount of money for the station. It is heart-warming to know the local community support us in this way and the money raised will go directly towards our work of saving lives at sea, we thank all those involved and for thinking of us.” 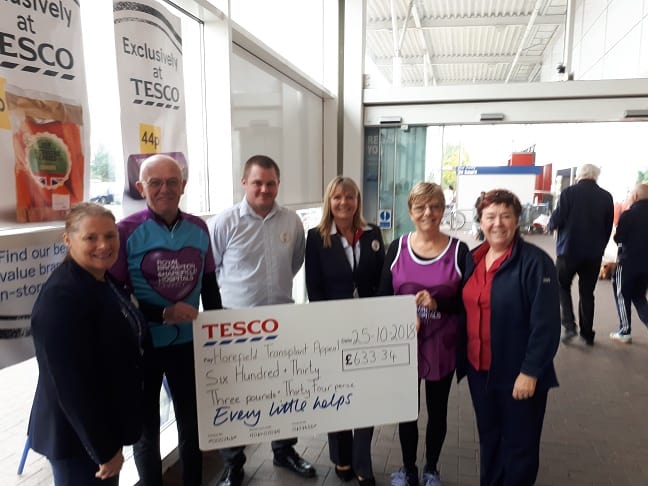 Our journey started, when we were approached by Anna and Bob Culshaw who attended Lisa’s zumba class in the Tesco community room, for a raffle prize.
In conversation we found out that they were planning to cycle 1.000 miles plus from Land’s End to John O’groats in support of their son and to raise money for the Harefield Transplant appeal.

In our Tesco Extra Broadstairs store, we have a community bookcase where customers and staff can donate a small amount for a book or donate books. Every couple of months a charity is chosen to receive the takings of our bookcase. So August and September was for the Harefield Transplant appeal.
This raised a wonderful £633.34 towards their amazing trek.

If anyone would like to donate to Bob and Annette’s fundraising please go to:

Cambridge Villa (Margate) is holding a Christmas gala on Saturday, December 22, with all proceeds being donated to Breast Cancer Care.

They are selling tickets for the event at £21 per person, for a 3 course meal, live entertainment and an evening of fun and festive.

The event will start at 7pm and is being held at St Augustine’s in Westgate. It will include an awards and prizegiving for Cambridge Villa staff and service users. 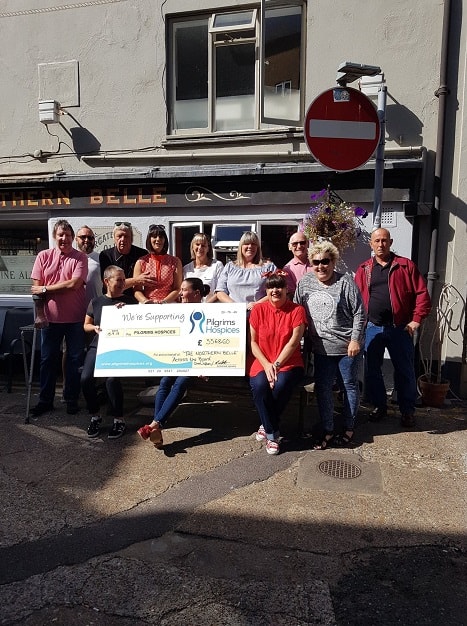 A cheque has been handed to Pilgrims Hospices following a 12 hour festival of Ska and Two Tone music at the Northern Belle pub in Mansion Street in September.

The town’s oldest boozer, dating back to 1680, hosted DJs, live music, a record and vintage clothing stall, barbecue and raffle in aid of Pilgrims Hospice at the Across the Board festival. 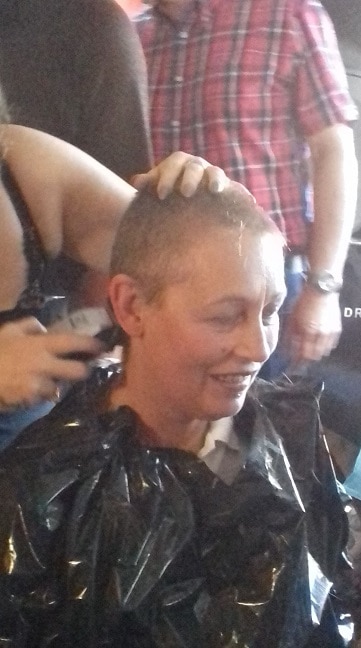 Lucy Potter, one of the organisers, said: “We have been overwhelmed by how generous people have been.”

We meet at 7:30pm on the second Thursday of every month at:

All new visitors are most welcome to come along and see if our institute is right for you.

We are also holding a Christmas Fair on Thursday, December 13 from 7.30pm to 9.30pm at Cliffs, There will be craft, cuisine and local businesses. Email enquiries to MargateWI@gmail.com

Community groups in Thanet could bag themselves an early Christmas present if they apply for up to £1,000 as part of Southern Water’s Community Grants Scheme.

The scheme was set up in conjunction with Southern Water’s investment of more than £30 million to upgrade Thanet’s ageing sewers, which will help to protect wildlife and the environment while ensuring the system is fit for future generations.

The closing date for applications is Friday 30 November and the scheme is open to community groups from across Thanet, particularly the Broadstairs and Ramsgate areas. Grants will be awarded to groups or projects that have a particular focus on education and opportunities, helping the environment and healthy lifestyle.

A judging panel made up of representatives from Southern Water, its delivery partner TPMD, and local councillors Brenda Rogers and John Townend, will decide whose applications are successful at a meeting on 5 December.

He said: “We do our best to minimise disruption wherever we carry out work and our grants scheme is a fantastic way to help benefit the communities we work in. We wish everyone the best of luck in applying.”

Thanet council needs to spend its money locally to transform the area’s economic fortunes, a leading expert will claim at a meeting in Ramsgate on Friday 23 November.

Neil McInroy, Chief Executive of the Centre for Local Economic Strategies, will give the first lecture in a series of public events called “Building a Thriving Thanet”.

Mr McInroy will argue that the spending decisions of councils and other public-sector bodies can play a critical part in building up local wealth and employment.

The Centre for Local Economic Strategies (CLES) calls itself a “think and do tank”, and it specialises in working with local government.

The Centre has worked with local, regional and national governments and agencies across UK and in Europe, Asia, the US and Australasia.

Perhaps its most famous client is Preston City Council. Preston was facing economic meltdown in 2011, but, with the help of CLES, it has managed to reverse its fortunes through strategic use of public-sector spending.

Preston was recently named as the most rapidly improving urban area in the UK in the 2018 Good Growth for Cities index compiled by the accountancy firm PricewaterhouseCoopers and the think tank Demos.

Rebecca said: “I’m standing for Parliament because I want to help make Thanet thrive. To do this, we need to look at all aspects of our society. Hearing more about how a local community can take its destiny into its own hands, despite deep economic problems, will be a first step in this process. I’m sure Neil McInroy will have some important lessons for us here in Thanet.”

Mr McInroy said: “I am interested in making progressive change happen and passionate about achieving social justice and economies that work for all. I believe that enduring change comes from deep collaboration and investigation.”

Admission is free but space is limited. To make sure of a seat, please book a place at:
https://www.eventbrite.com/e/public-lecture-by-neil-mcinroy-centre-for-local-economic-strategy-tickets-51712190554