A horde of zombies have descended on a Margate studio for one of the biggest photo shoots of its kind.

Some 20 zombies plus five special effects make up artists and photographer Tom Parsons have been drafted in by Neostock boss Dean Samed.

The company provides stock genre photography in areas spanning historical to horror, fantasy and science fiction, to cover artists, graphic designer and digital artists across the globe. The artwork will be used for areas such as book covers and posters and digital art projects.

Dean, who is a former book cover illustrator who has provided work for authors including Stephen King, Clive Barker and the Walking Dead artists, created the company some two years ago to fill a gaping void in the market. 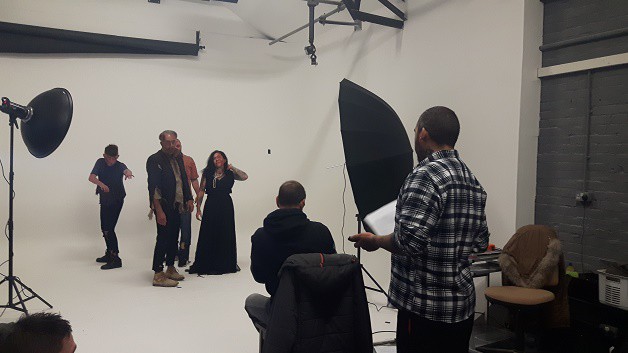 The 35-year-old said: “The publishing community uses the images with our main specialism being genre fiction, such as science fiction, fantasy, urban fantasy, anything that needs an historical or fantastical character.

“The product we are creating here (with Neostock) was something that didn’t really exist before. There was stock photography but but not with a specific purpose. It was a problem I found every day (as a book cover illustration artist) so I decided to create the company that was needed. It came from a pain point and now we create a product that goes world-wide.

“There is a lot of trendy art in Margate but it can be very niche. We are not as trendy but our artwork is very accessible and the public can understand it.”

Neostock is sited at Fire Eye Land studio which is tucked away in Margate, off Addiscombe Road. 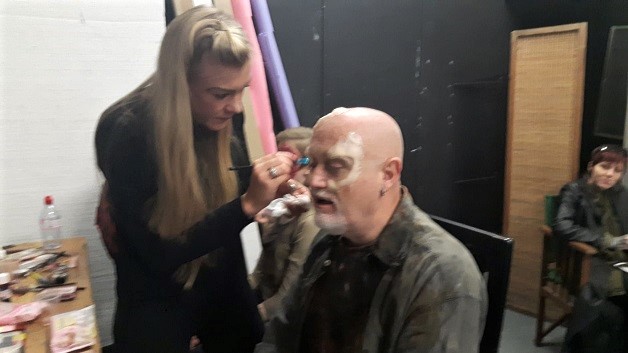 Dean said: “This is a top notch studio, it provides exactly what we need, I think it is one of the best spaces in Margate for the creative community.”

Today (October 28) the studio was packed with the undead for the mass photo shoot which has been created and produced by Thanet artists.

Photographer Tom Parsons is from Ramsgate although currently he is based in Rome.

He said: “It’s not a normal photoshoot but it has been organised really well. I don’t think anything of this kind has been done in this volume before. 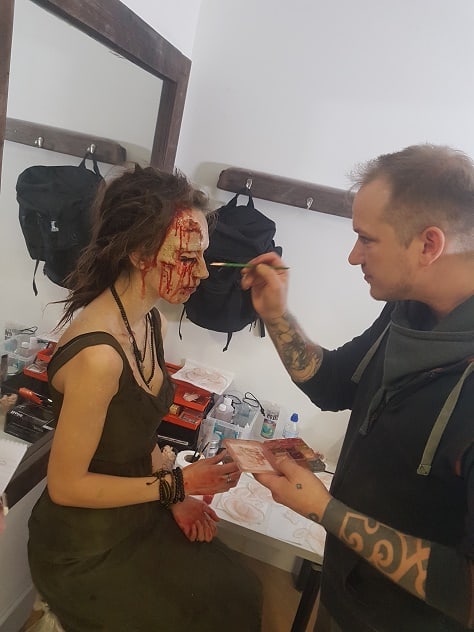 Special effects make up artists Dave Fox is from Birchington. He works on large sets, including being part of the team for 100 episodes shot in London for The walking Dead.

The images will be sold world-wide with 95% of Neostock’s market being overseas, mainly in the US but also in Europe, Australia and about 5% in UK sales.

Find out more about Neostock here