Margate Football Club is expected to unveil fundraising plans for influential defender Tom Wynter after he suffered an injury in the match against Bogner Regis Town at the weekend which will cast him out for the rest of the season.

The 28-year-old will be out of action for the foreseeable future after snapping his Achilles in the opening 17 minutes of Saturday’s goalless draw.

Manager Mike Sandmann admitted he was devastated by the news to add to Margate’s injury woes. 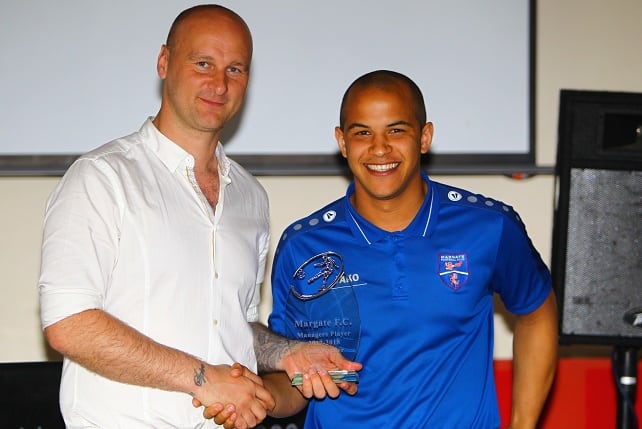 He said: “It’s awful news for everyone, and particularly Tom because he’s self-employed as a plumber and he and his wife have a newborn baby.

“He’s a massive character, on and off the pitch, and it’s no coincidence that our recent run of form has come about since he came back into the side.

“We’ll be doing all we can as a club to support him and I think that goes for the wider football community because everyone knows Tom, he’s just a likeable person.”

Any local businesses or supporters interested in supporting the efforts to raise funds for Tom during this time should email charlotte.richardson@margate-fc.com