Demonstrators from Thanet joined a huge rally in London today (October 20) demanding a new referendum on the final Brexit deal.

The People’s Vote march is claimed to have attracted some 670,000 campaigners. They started at Park Lane for the rally to Parliament Square.

Pressure is growing on Government over fears that the UK will exit the EU with no deal and concerns over what this will mean for issues including imports and exports, travel and the NHS.

Among today’s protesters was Rob Yates, from Margate, who has been threatened with eviction after putting an anti Brexit sign in the windows of his Arlington House flat. 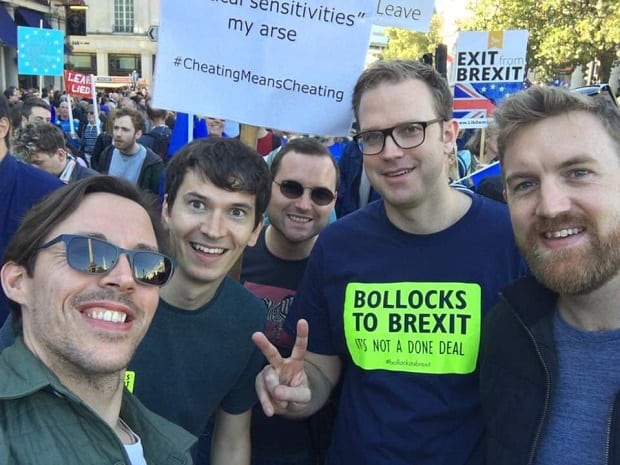 Mr Yates (pictured) said: “”Today we witnessed some 700,000 people March on Parliament to demand a final say on Brexit.

“Walking the streets today you saw and heard the anger from normal people who have just had enough with our future being taken for granted by the Tory elite. Placards included ‘Fromage not Farage’, ‘pulling out will not stop them coming’ and ‘we demand a people’s vote. It was a successful day for the remain movement. The tide is turning.”

Thank you to everyone who joined the #PeoplesVoteMarch today. All 700,000 of you, please get home safe. pic.twitter.com/jJE4TaasB9

A Leave Means Leave march was also held today in Harrogate and headed up by former UKIP leader Nigel Farage. Mr Farage said a referendum had already taken place and now it must be implemented.

The UK is scheduled to leave on March 29, 2019, under Article 50. Cross party calls for a fresh referendum have been ruled out by PM Theresa May.

Should the UK
Created with QuizMaker