Fortunately the rain held off until the afternoon giving the competitors excellent running conditions.  The first winner of the day was Keisha Head from St Laurence Juniors who ran the Year 3 Girls 1k in 4m 48s, followed by Isabelle Turner from Newington in 5.05 and Megan Gallacher from Upton in 5.07.

Next up in the Year 3 Boys 1k Jenson Fordom from St Saviours finished 1st with 4m 27s, Leon Vig from Chilton was 2nd with 4.28 and William West from Salmestone was 3rd with 4.32.

The Year 4 Girls 1k was won by Maddie Morgan from Upton in 4m 39s, very closely followed by Chante Thomas from Palm Bay with 4.40 and Phoebe Wells from Upton with 4.41.  The Year 4 Boys 1k was won by last year’s winner Kuall Mohtady from Garlinge in 3m 55s, with Bailee Harding from Upton in 2nd place with 3.57 and Jasper King from St Peters 3rd with 4.15.

The course was then opened up to cover 1.5km for the Year 5 and 6 entrants.  Year 5 Girls were first off with Rose Pope from Upton finishing first in 6m 55s, followed by Roby Hodgkins from Monkton with 7.06 and Isabelle Edwards from Bromstone with 7.14.

The Year 5 top three boys were very close with Luke Foster coming in first with 6m 19s with Harvey Holder and Max Spurgin on his heels with 6.22 and 6.23.  The Year 6 Girls scored a hat trick for Upton with Leottie Gabrielle in first place with 6m 26s, Ivy Haggery second with 6.35 and Jemima Topping 3rd with 6.46.

Finally the Year 6 Boys was also won by Upton student Ethan Harding in 6.07 followed by Rory McGowan from Monkton with 6.20 and Adam Humphries from Christchurch with 6.29. 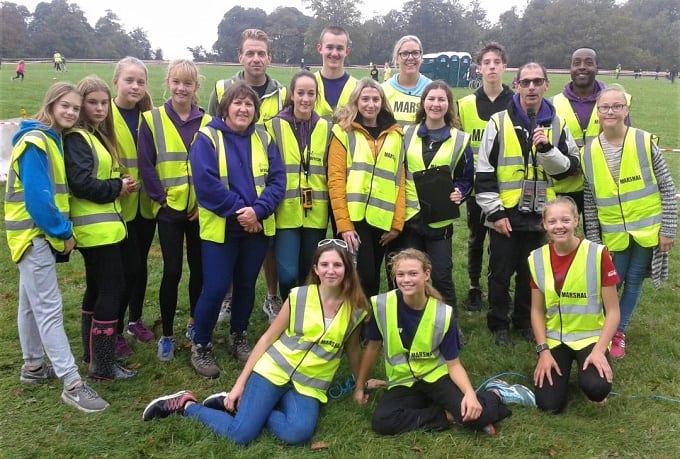 The event is organised by volunteers from Thanet Athletics Club in conjunction with Quex Park and supported by Margate Ambulance Service.  Photos from the event were kindly taken by Dave Stevens from Educational Life.

Everyone enjoyed an outstanding day, and with a host of amazing performances, athletics in Thanet is in a great place, with hopefully a great winter season to come.