A motion to declare the Margate Central ward vacant following the disqualification of Cllr Ian Venables was roundly defeated this evening (October 15) after councillors rebelled against the authority’s legal officer’s advice.

Thanet council’s legal officer Tim Howes told councillors the authority was “under a legal duty to declare the vacancy,” but councillors refused to back the motion with 27 voting against and just 13 voting in favour, with one abstention.

Mr Venables was disqualified from his councillor role after taking a post with new homelessness team RISE.

Thanet council says that means he is now indirectly employed by the authority and he has been disqualified under section 80(1)(a) of the Local Government Act 1972 with effect from 1 August 2018.

The council says: “Under the Act a councillor is disqualified from holding office as councillor, if they hold ‘paid office or employment or an appointment’ which is made or confirmed by the council.”

But Mr Venables’ lawyers have argued that he remains with his current employer the Forward Trust at the isle’s drug and alcohol service.

He was put forward by the Trust and a council officer for a place of the RISE multi-agency group that will work with those sleeping rough on issues including rehousing, mental health and addiction.

The secondment was due to Mr Venables expertise from 25 years with the drug and alcohol service.

In a cross party agreement Labour, UKIP and Thanet Independent Councillors voted against declaring the vacancy with only the Conservative members present, and many were absent, voting in favour.

A second motion, put by council leader Bob Bayford and agreed by Labour member Iris Johnston, was then agreed to move the vote to ‘a future date.’

The dissatisfaction of councillors lay with the legal argument over whether Mr Venables had been rightly disqualified and the lack of information regarding legal advice to the council.

Cllr Johnston said at the meeting: “You must tell us Mr Howes what the council legal advice was to you, why is it not attached to the agenda. We need to read this on a vote so important. To protect councillors and this council we need every bit of information.”

Her call was backed by UKIP leader Chris Wells who questioned the validity of Mr Venables disqualification and branded the council legal advice as “apparently secret and not to be shared.”

Cllr Karen Constantine branded the proposed vote a “mistake in the making.”

The call for the issue to be debated at a later date was also put forward by Cllr Wells who reiterated that it needed to be clarified whether there was actually a vacancy before a vote could be taken.

Officer Tim Howes responded by saying: “I do not know why there is uncertainty. I am the council’s monitoring officer and the legal advice is Councillor Ian Venables has been disqualified.

“On that basis there is no legal debate. Your council’s legal monitoring officer is telling you Cllr Ian Venables is disqualified by law.”

However, councillors disagreed and the motion was voted down, meaning the vacancy and a by election is yet to be declared.

Independent councillor Suzanne Brimm declared Mr Howes “not fit for purpose.” She was admonished for the statement by deputy chief executive Tim Willis. 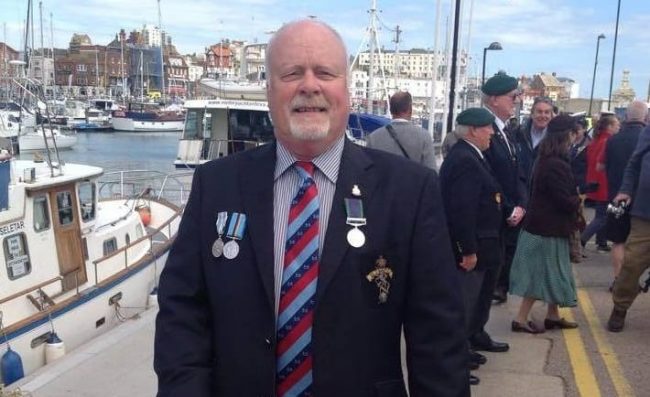 Following the ruckus Thanet Independent Councillors leader Rev Stuart Piper questioned why a council members’ vote was even necessary if the vacancy declaration was a ‘legal obligation.’

He said: “If Thanet council has a legal obligation to declare this vacancy they (council officers) need neither my decision or my vote. They must publish and be damned.

“There are a lot of things the council has a legal duty to do, like collecting rubbish but they do not bring it to the chamber to vote on. Councillors vote on the  budget, we vote on the fees and charges, but it is not brought to us to vote on carrying out the council’s legal duties.”

Following the backlash Labour county councillor Barry Lewis said: “This is a great day for democracy. We are now calling on the council to reinstate Cllr Ian Venables immediately.”