An eight-year-old Minster primary pupil raising cash as part of her role as Mini Face of Thanet and Miss Congeniality is giving a final push for support before she heads to the competition finals.

Caitlin Goddard has been raising cash for charity East Kent Headway since being awarded her crown at the Face of Europe and the World pageant earlier this year.

Caitlin has set up a gofundme page to raise cash for the cause.She has also taken part in a number of fundraising events and this week visited Ramsgate RNLI station to promote the cause.

The competition is the first that Caitlin has entered although she is signed up with Bizzykidz modelling agency.

She will compete in the finals at Disneyland Paris on November 5 alongside her dance teacher Charlotte Silver, of Silver Slipper in Westgate, and fellow dance school pupil Aeryn Plewis. Charlotte scooped the Face of England crown and Aeryn took the Face of Mid Kent title. 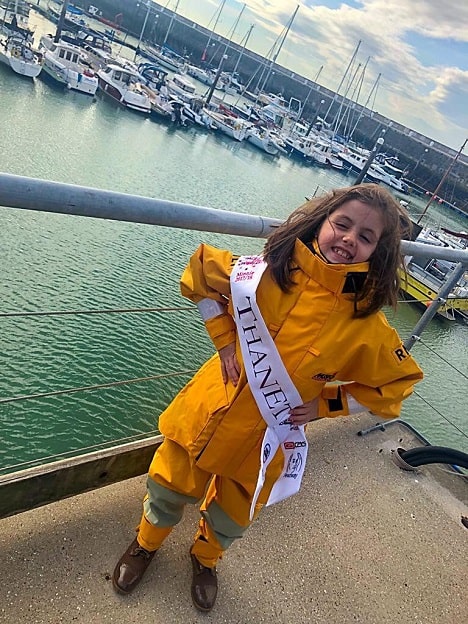 People can help by liking her Facebook page and maybe comment with some support as I show her daily the support she receives.

“We want to raise as much money as we can for the charity and also awareness.”

The Face of Europe finals take place from November 2-7. Prizes include a professional photo shoot and one year membership with a talent agency. 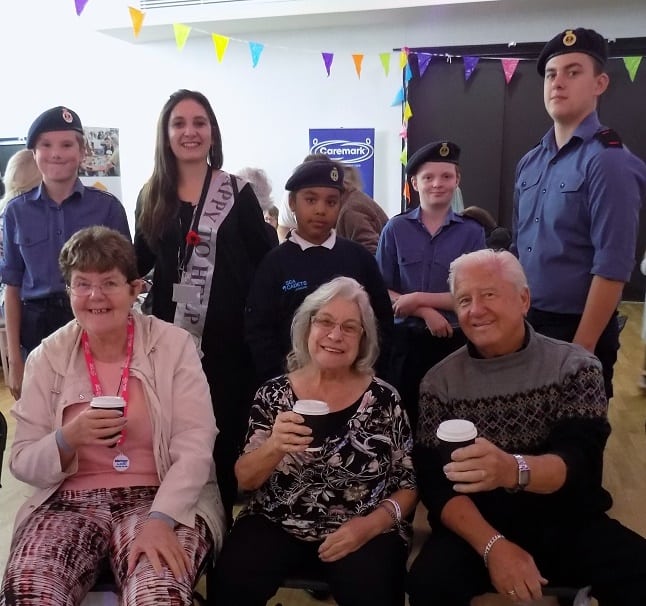 Silver Sunday, tying into a nationwide network of events taking place on the same day (7 October), provided an action-packed afternoon of dancing, entertainment and activities, all aimed at promoting the health and wellbeing of the isle’s older residents.

The impressive, eleven-piece Piccadilly Dance Orchestra accompanied renowned dancers Ms Tequila Slammer Anna and guests in a tea dance to remember, as free demonstrations and classes in the Tango, Paso-Doble and Waltz were on offer for 120 lucky residents.

There was also a variety of light physical activities ran throughout the afternoon, from chair-based exercises and “Strictly” fit-steps, to “Vogue-Chi” – dancing without the usual inhibitions. 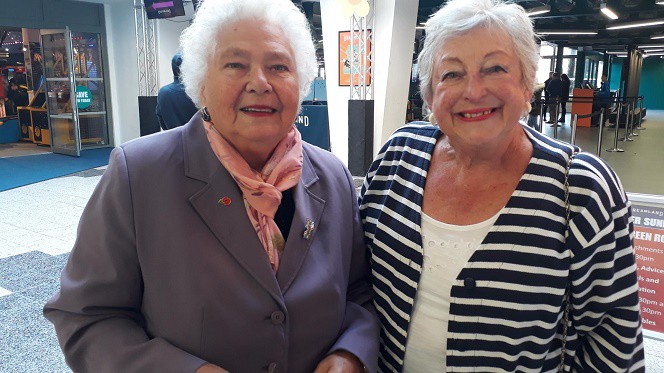 An information market place in the restored Grade 2* listed Ballroom opened up access to various Thanet-based services and community organisations, and the Ballroom also hosted a wealth of arts and craft based workshops, including the popular “Give A Bag Some Life” – a fundraising initiative by the Thanet Good Neighbours (befriending) Service involving decorating blank canvas bags which will be auctioned off to raise money for the project.

There was a strong heritage element, too, with Dreamland Trust providing tours of the Scenic Railway which brought back happy memories for many of the visitors, and the inimitable Ralph Hoult (“Mr Ramsgate”) entertaining attendees with his “Old Thanet: A Trip Down Memory Lane” talk including historical photos and motion footage of the local area.

Thanet Volunteer Bureau project coordinator Chris Scutt said: “We were absolutely delighted to be able to bring Silver Sunday to Dreamland this year, and were bowled over by the number of visitors who came through the doors and told us they had fun whilst learning more about all the leisure opportunities and support services available in Thanet. 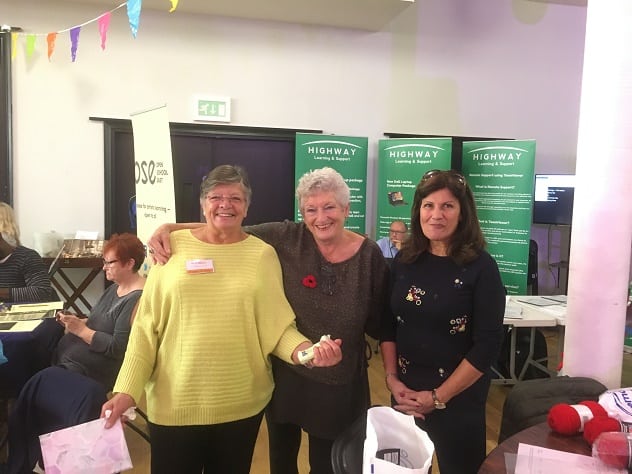 “We cannot thank Dreamland, the performers, guest speakers, charity partners, volunteers and visitors enough – all of whom were fundamental to the event’s success”.

Dreamland education and community officer Victoria Barrow-Williams said: “The Silver Sunday event, which was co-produced with Thanet Volunteer Bureau at Dreamland, was a huge success! Local partners came together to promote activities within Thanet that encourage socialising and getting out of the house.

“Dreamland is extremely proud to support Silver Sunday, which is such an important national initiative, and we’re looking forward to working on more events in the future.”

If you were not able to make Silver Sunday last week you can find out more about the social and leisure activities available for older people in Thanet, as well as support services on offer, by calling Thanet Volunteer Bureau on 01843 609336, or by visiting www.thanetsupport.co.uk.

Battle of the Buskers 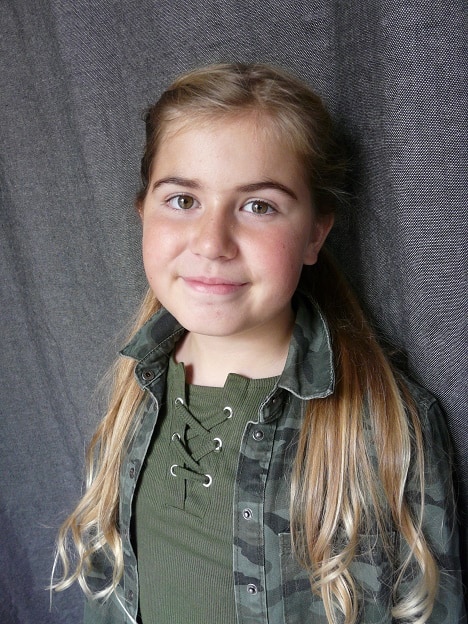 Francesca Donovan, Centre Manager at Westwood Cross Shopping Centre, said: “Battle of the Buskers was part of a whole summer of musical entertainment here at Westwood Cross, including a performance by Tyber from The Dualers.

“Both winners fought off tough competition and are deserving winners. Mabel will be joining us for our Christmas lights switch on later this year to press the button and reveal our magical new lighting scheme.” 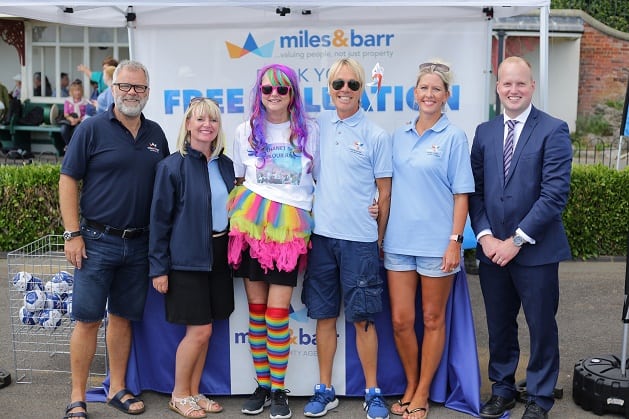 The team also handed out mini footballs and windmills to passers-by encouraging them to donate to the charity. The raffle was drawn on the final day by Karen Kenward, Pilgrims Hospices community fundraising manager, who was sporting her Thanet 5K Colour Run outfit complete with multi-coloured wig.

Karen said: “I would like to thank the whole team at Miles & Barr for their amazing continuous support for our charity. The funds raised over the years have been incredible and helped support many hours of palliative care. I would also like to give a special mention to Steve Cort who is the main driving force behind all the fundraising events, come rain or shine. There really is no better gift than the gift of care. Thank you all so very much.”

Each year Pilgrims supports hundreds of local people coping with a life limiting illness and their families. The charity offers a range of services: from end of life care given on its wards, to its new wellbeing and social programme supporting people after they are diagnosed to live well and stay independent.

Care is provided from three hospice sites in Ashford, Canterbury and Thanet as well as in patients’ own homes. To offer these services to patients and their families the charity must raise £11 million each year from the generous local community.