Nash Farm Shop has had to suspend its box and home delivery service after the site was engulfed in smoke for several days due to the blaze at the former Cummins unit at Westwood Industrial Estate.

It is the second strike on business for boss Cliff Gates and his team, who in August had to close the onsite shop due to the impact of continual road and building works in the area.

In an announcement today (September 30) the team said: “We regretfully have to inform our customers that we have had to take the decision to suspend our box and home delivery service. Our wholesale deliveries will carry on as normal.

“We have been working in a delicate environment due to our close proximity to the Westwood  fire a couple of weekends ago. We have been trying to work through and have been largely fortunate due to the wind direction.

“However on a number of days this past week our working area has been engulfed with smoke which has led to health issues with our staff. Obviously the health and safety of our staff must take priority and with reports stating this issue is likely to be ongoing for another month we sadly have to take this action to keep out time working near the fire and smoke to a minimum and concentrate on our wholesale orders. 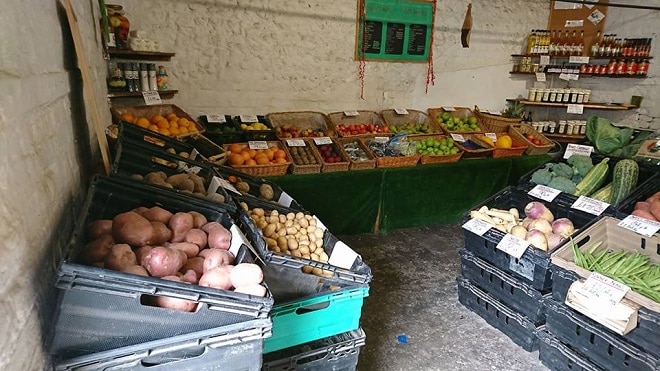 “It is not a decision we take lightly as we find ourselves losing business and customers due to circumstances beyond our control. We apologise and are thankful to our customers and hope you understand.”

Firefighters were called to the unit blaze on the morning of September 15 and are expected to remain on site until late October.

The fire is fuelled by Refuse-derived fuel (RDF) made up of largely of combustible components of such waste, as non recyclable plastics (not including PVC), paper cardboard, labels, and other corrugated materials.

The Westwood unit was packed with 6,000 bales of the waste which crews have had to drag out of the fire zone, dampen down, turn over and check for hot spots.

Kent Fire and Rescue Service (KFRS) has thanked the community for their patience and support while crews work hard to make the area safe. Firefighters are being supported during their efforts by organisations including the Salavation Army.

Four children have been arrested in connection with the fire.

On Sunday 23 September a boy and two girls, all aged 12 from Margate, and a 13-year-old girl from Margate were arrested on suspicion of arson. They have subsequently been released pending further investigation.

At the height of the fire there were 80 firefighters, 14 engines and specialist vehicles on the scene.

Acrid smoke from the blaze has covered Westwood and Margate, and even further afield, throughout the six days it has been burning. Northdown Primary was closed due to “unsafe carbon monoxide readings.”

The Nash Farm shop has been run by Cliff and his team for almost a decade and before that is was operated by a farming couple who lived at the site.

The wholesale business, which is continuing, supplies many Thanet restaurants and catering businesses but the team say the road and building works made it virtually impossible for customers to reach the shop.