There was a great atmosphere at St Peters with a big picture taken by Matt Walters recording players, coaches and Vice Presidents for posterity appearing on the new sponsor advertising boards. The boards and  Toblerone mobile sponsors’ adverts were unveiled on the day.

The U12s played an excellent curtain-raiser and Dave from Educational Life complete with mascot Eddie was kept busy snapping all on field activities. The hog roast proved popular, the sun shone as did Wanderers 2s and 3s with sparkling victories against teams who won their leagues last season.

In the evening the packed clubhouse rocked with music from the group Chowderhead which includes Wanderer Jay Sanford.  An array of outlandish shirts and wigs marked Warren Riddell’s successful debut as social secretary.

The only element of the day that didn’t meet expectations was the first team fixture against Maidstone which was lost 22-18 in a lacklustre encounter.

For Wanderers there was a first team debut for Marius Thompson at full back, Stuart Plumridge and Charlie Knight made up a new centre partnership with the pace of Jackson Perry restored to the wing. There was a home debut for Jake Mcgee in the second row, Andy Letts returned at Number 8 after injury as did Neil Wakefield on the bench.

A good crowd saw Maidstone kick off up the slope with a steady breeze behind them. The visitors were quickly on the attack and recycled a couple of times before touching down wide left after just four minutes. The conversion failed.  Two minutes later Sam Rolfe made it 3-5 with a penalty from twenty metres and just left of the posts. Former Thanet captain Ben Massey, who is now coach and captain at Maidstone, sustained a leg injury and was forced off. 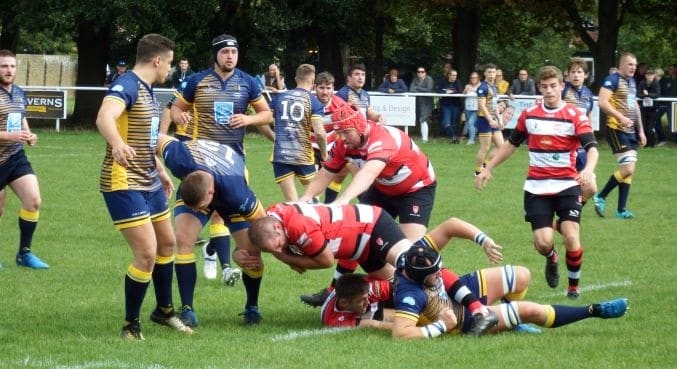 Another ex Thanet Captain Dave Lemon is still very much a Wanderer and showed well in early exchanges. Play was fragmented due to regular penalties against both sides. Knight and Plumridge broke strongly, Adam Gaddes secured good ball at a breakdown and Letts and Reece Hougham took play into Maidstone’s 22 but a penalty was awarded to the visitors for not releasing and the threat passed.

Wanderers were looking to open up at every opportunity and around 25 minutes the team combined brilliantly before Knight made significant ground and Tom Walton finished off powerfully for a nicely constructed try. Rolfe couldn’t add the extras from wide left but Wanderers led 8-5. Maidstone responded strongly and good tackles from Plumridge and Letts were part of the resolute Thanet defence before a penalty helped Thanet clear the danger. 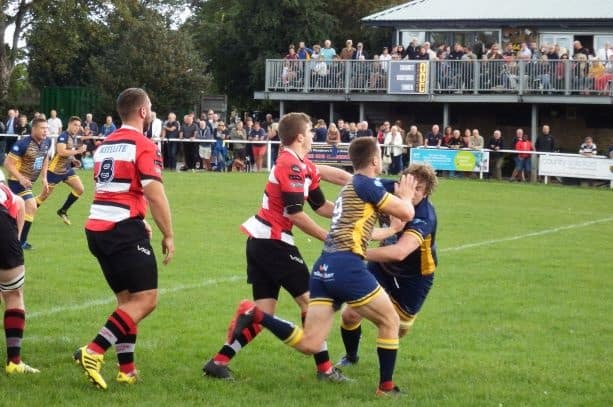 A penalty for Maidstone kept them in the danger area and on the stroke of half time, already delayed by the many injuries, the line was breached leaving the half-time score at 8-12.

After a good shift Hooker Jay Sanford made way for Wakefield for the second half. Despite a poor restart Wanderers were soon camped in the opposition 22 and appeared to have scored but a knock on had been called. Reece Hougham received a knock and was replaced by Dan Hill during a head injury assessment.

A Sam Rolfe penalty from 30 metres brought Thanet back to within a point but this was nullified two minutes later as a spilled restart that put Maidstone on the attack and a further penalty allowed them to do likewise from a similar position at the other end to make it 11-15. Mcgee had made a good contribution and was replaced by Chris Hood with around 20 minutes remaining. A crucial error in defence opened the door for Maidstone and the resultant converted try made the score 11-22. Thompson had switched to outside half, after injury to Rolfe and tackled and battled at the breakdown as time ticked away.

Two promising attacks by Wanderers were stalled by high tackles and the constant interruptions for injuries to Maidstone players, who had already called their touch judge up for front row duty, disrupted Wanderers momentum. The home pack had enjoyed a good afternoon particularly in the tight and with prop forwards Jay Morbey and Kamil Wiecasek  exerting their power the drive to the line ended with lock forward Arkadiusz Janeczko claiming the try. Thompson converted confidently for 18-22 and four minute remained. Plenty of effort but there was no further score and Thanet were left with a losing bonus point from an eminently winnable game. 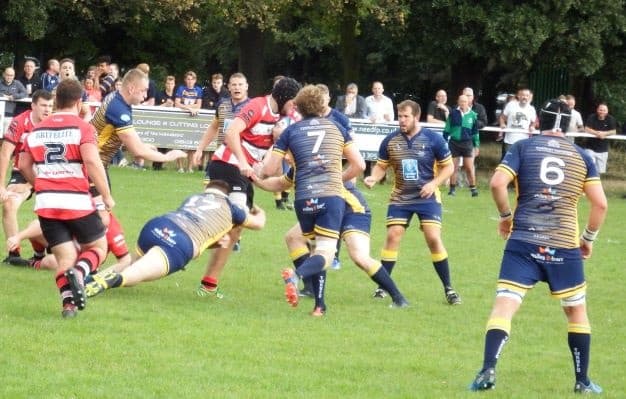 Head Coach Mike Pond was disappointed with the final score after his side had failed to maximise the amount of possession they enjoyed. He remains positive about the team’s potential and  stressed that the essentially young side is on a steep learning curve. Coaches’ man of the match was Charlie Knight after another fine match using his power at outside centre and rucking like a back row forward.

On Saturday the first XV face another tough game away at Beckenham. The 2s are at home against Canterbury and the 3s travel to take on Ashford Barbarians. All games kick off at 3pm.