A taste of living in the 17th century, and the notorious tale of murder in the Sprackling (Sprakeling) family was re-enacted for visitors at the event organised by The Friends of Ellington Park.

In December, 1652, Adam, in a drunken rage, killed his wife Katherine with a meat cleaver.

He then killed her six dogs and tried to frame one of his drinking companions who was in a stupor at the house by smearing him with blood.

Sprackling tried to make his escape  through a trp door that led to tunnels. One tunnel led to the church where Sprackling planned to seek refuge.

But law officers pursued him and caught him in one of the caves beneath the park.

Sprackling went to trial and was found guilty of murder. He hanged for his crime and was buried at St Laurence Church.

Visitors to the heritage event were able to see  the park’s commemorative wood carved figure -and those of her six dogs – in the wildlife area.

For many  it was a surprising, if somewhat gory, revelation that the one-time owner of the Ellington Estate was so notorious. 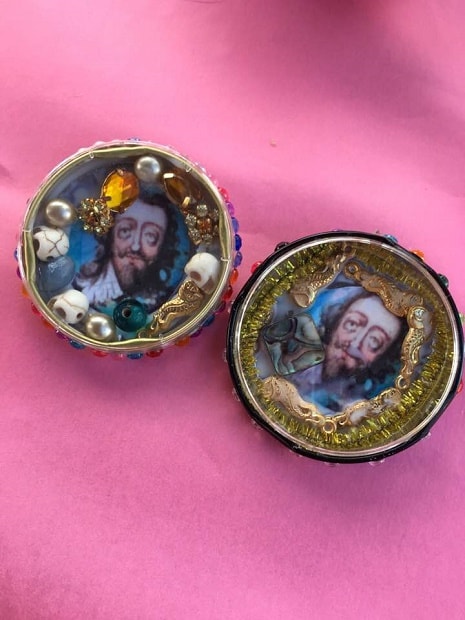 Prior to the murder, Adam was a Royalist cavalier, and had supported Charles I before the regicide in 1649.  To reference this, Sally and Robert Holden and Melinda Winter held a workshop for children and adults to make memento mori (reflection on mortality) items that were taken home with pleasure and pride.

Organisers say it was a surprise to see how many people were able to write beautifully with goose feather quill pens!

Members of the Sprackling (Sprakeling) family also attended the event, some to learn more about their ancestors and some, like the artist Dawn Cole, to share their formidable knowledge. 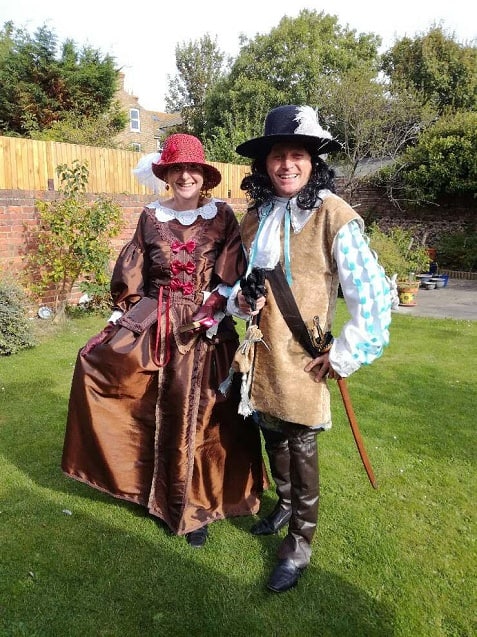 Michelle Walker and her sister Veronica came from the USA, their forbears went to Jamestown in 1600, and Jenny Dadds  visited from Gloucester, meaning new family friendships were formed.

Chair of the Friends group, Bev Perkins, said: “We’d like to thank everyone who helped make this unique occasion so special. Julie Wing and Vince Tucker played the parts of the Sprakelings so beautifully.” 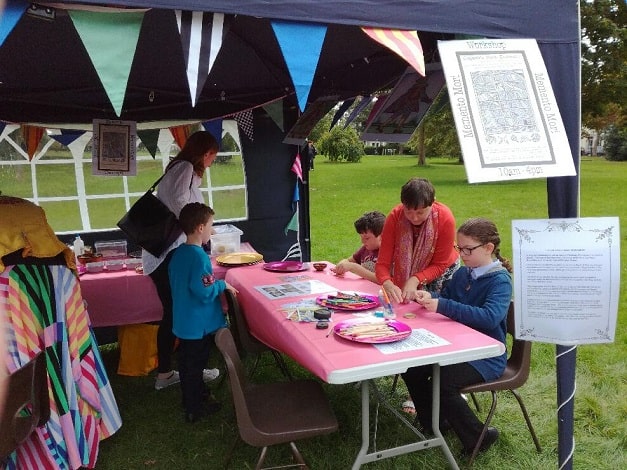 The Friends of Ellington Park hope to make this an annual event, choosing different periods in history to explore.

If you would like to be involved in organising the events email friendsofellingtonpark@gmail.com or call Bev on 01843 580990.