In September nearly 80 years ago the storm clouds were gathering over Europe as England and France declared war on Germany after it invaded Poland.

For generations of young children autumn 1939 was the beginning of many years that would change their lives forever.

This September Year 6 pupils at Upton Junior School in Broadstairs are taking a trip back to those days as part of their World War Two topic and have begun investigating just what it felt like to be a wartime child in Britain. 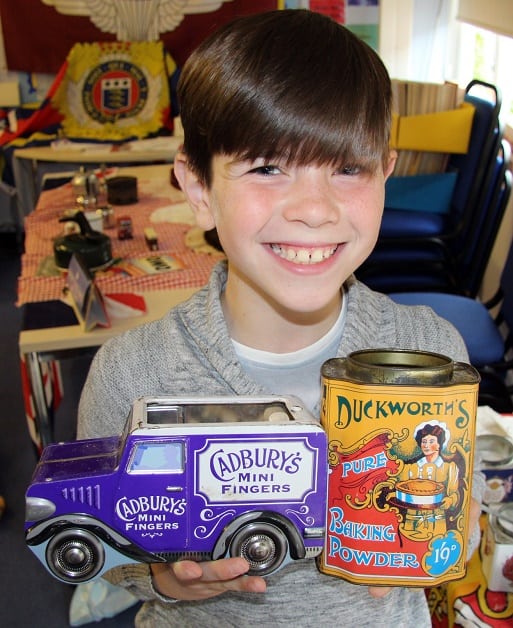 The contrast between their lives today and those of their counterparts has been sharply put into focus by retired primary school teacher Peter O’Sullivan who guides them through a hands-on experience in his role as an ‘ARP (Air Raid Patrol) warden’ in full civil defence uniform complete with tin safety helmet, whistle and First Aid kit. 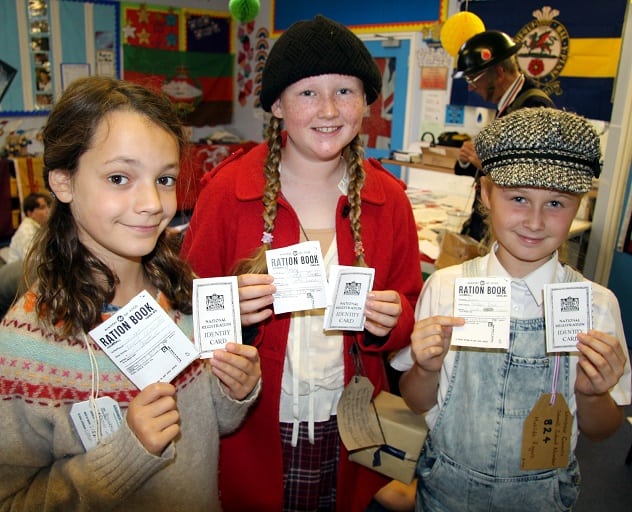 He greeted them as they arrived at Upton in their period costumes, ready for evacuation carrying their precious cuddly toys, suitcases, and with a name tag around their necks. 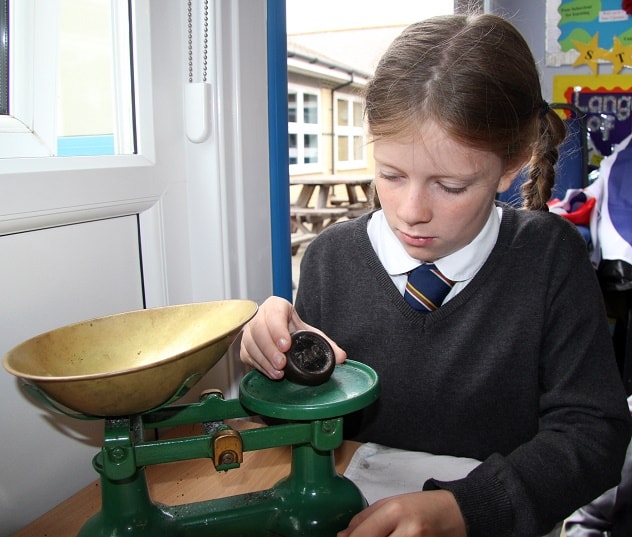 A classroom decked out in patriotic flags and information posters became a treasure trove of artefacts and memorabilia, collected by Peter, which vividly illustrates life for a child in wartime Britain.

Pupils created gasmasks and made ration cards before exploring a range of activities. 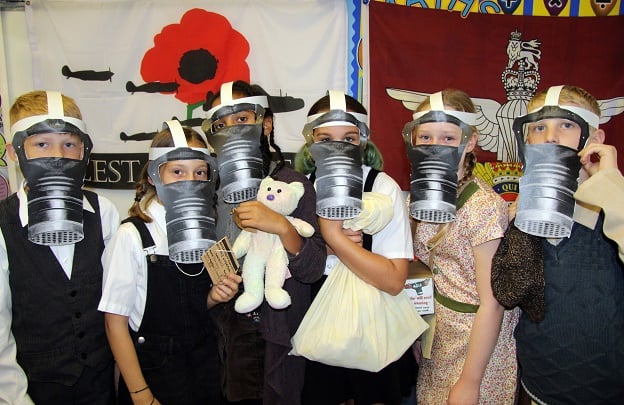 They investigated tins and packets of foodstuffs from a bygone era before weighing out meagre rations in a makeshift kitchen on scales.

Mr O’Sullivan, who is fascinated with 20th Century history, explained: “Times were desperate, personal belongings were few and food was scarce, but community spirit was strong and supporting each other was vital. 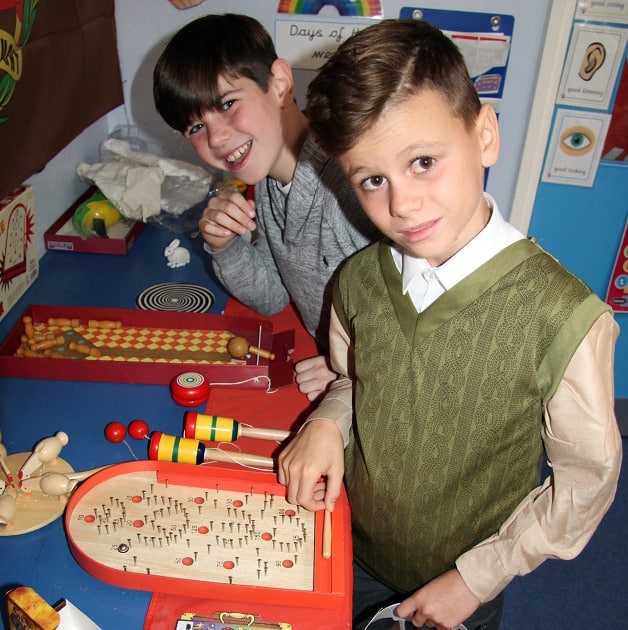 “It is very important that our children today experience a taste of what family life was like in World War 2 and their time in our wartime classroom really makes them think.” 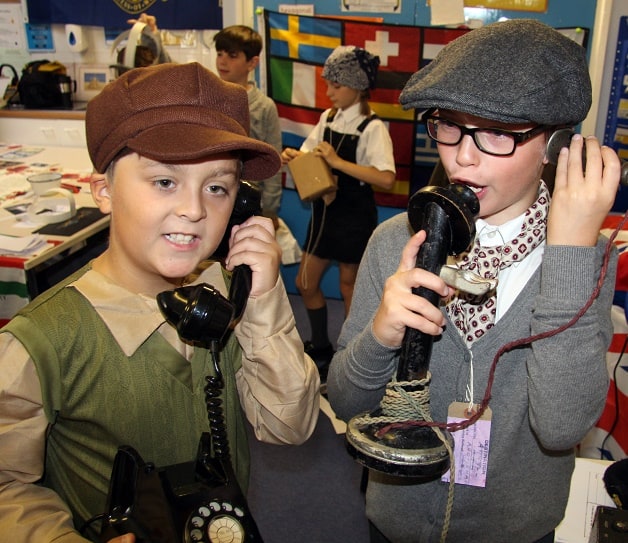 Upton Head of School Darci Arthur said: “World War 2 is an important part of our history and this topic gives our Year 6 children the chance to dig deeply into all aspects of the period.

“Mr O’Sullivan’s workshops are fascinating and inspiring, and are an integral part of topic work this term.”