An outline planning application for a 61 unit extra care scheme, 14 retirement bungalows, 34 houses and 8 maisonettes at the Jentex oil storage plant in Cliffsend has been submitted to Thanet council.

The scheme would mean the removal of the remaining two tanks, out of six originally at the site, to make way for the housing scheme.

The extra care building would also contain a shop, cafe and community meeting room which will be available for use by the whole community.

A design statement from site owner Anthony Jenkins says the aim is: “to provide a ‘legacy’ for the residents of Cliffsend.”

Currently seven people are employed on the site. The proposals will provide circa 40 jobs for local people.

Thirty per cent of properties will be allocated as affordable homes.

There is a current outline consent for 56 Extra Care units, and 56 other dwellings on the site. The new application increases the housing and moves the extra care building to a flatter part of the site. It also increases parking spaces and simplifies the road layout.

The design document says: “The applicants have run their business from the depot site for many years but it is now surplus to requirements.  The applicants’ wish is that, once the business has moved, the site will provide a legacy to benefit Cliffsend, and redevelopment or sale of the site for continued industrial/storage use does not meet these aspirations.

“After lengthy consideration and local consultation (in 2015) the applicants decided that they wished to use the site to meet a very clearly identified need for housing and in particular for older people in the village and the surrounding area. This is the primary focus of the proposal and was shown to be highly popular with local residents during the consultation event.

“An additional important part of the concept is to create facilities for the provision of ‘outreach services’ to older people in the area who wish to continue living in their own homes. Such services are vital to large numbers of older people.”

A communal minibus service would be provided, to assist with access to local services and facilities, as well as nearby village and town centres. This service will be offered to all occupiers of the Extra Care facility, as well as occupiers of housing within the remainder of the site, and also to the wider community.”

The changes in the layout of the scheme come after discussions since the original proposal grant in 2015 failed to come to fruition. 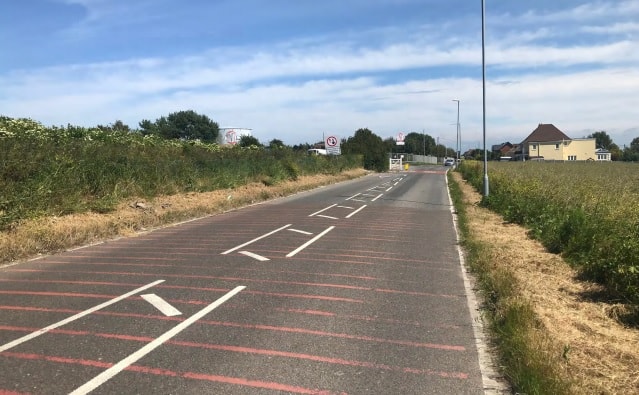 Some 30 mixed use and/or extra care housing providers were approached during 2016-17 but only Orbit, Housing and Care 21, and Keepmoat eventually expressed a substantive interest.

However the original layout was not considered viable. There were also issues over the uncertainty related to the Manston airport site and a flux in the housing association market.

In a planning statement Mr Elvidge states: “It (the altered proposal) requires further expenditure and a renewed effort while Manston’s future still hangs in the air, but the applicant recognises that projects of this type are rarely straightforward and he has no intention of giving up.

“He has also assessed and taken some encouragement from potentially positive signs elsewhere that there is yet a market to be won, a need to fulfil and therefore a case to be made for a further consent.

“The social housing sector has attracted transformational levels of investment in the last 3 years and this is now just beginning to percolate into Extra Care Housing and into mixed housing projects of this type with strong ‘social content’. This provides the applicant with renewed opportunity and optimism.”

A contamination investigation in 2015 concluded: “The investigations demonstrate that the former uses of the site have resulted in mild contamination by polyaromatic hydrocarbons and asbestos (with respect to human health). No significant soil based source of groundwater contamination has been identified.”

It adds: “Further investigation is required beneath residual tanks and below the area of the active Environmental Permit. This investigation is only possible once these have been fully decommissioned and overhead power lines etc. removed to permit access.”

The fresh application was submitted to Thanet council last month and validated on September 12. A decision is yet to be made.

RiverOak Strategic Partners (RSP) has announced the completion of the acquisition of the Jentex site today (September 18).

The site is designated in RSP proposals as the location of its airport fuel facility.

The Jenkins family, which has operated the site for many years as a fuel oil business, will continue to do so until the conclusion of the Development Consent Order submitted to central government. If the DCO, to compulsory purchase the Manston airport site, is successful Jentex will become the operators of the new fuel facility.